It was only a few short years ago when Ubisoft unveiled a game at E3 that turned out to be the talk of the conference. Now after a couple of years, Watch Dogs has finally been released. A lot of hype has surrounded the game because it got such a big spotlight in front of the world at E3. Can Watch Dogs live up the that hype, or will it be asleep on duty? Make sure your phones are on a full charge, here’s the review.

I still call it the “Sears” Tower

Taking place in the city of Chicago, Watch Dogs follows the story of a computer hacker, Aiden Pearce as he seeks out the people that are responsible for the accident causing the death of his niece. Along the way, a former partner of Aiden’s comes back into his life to extort him into revealing another fellow hacker responsible for a job that went wrong prior to the accident. He meets and recruits a few other hackers to help him, and some of them help add a little “flare” to the average gruff exterior of Aiden. The story itself plays out well as they find themselves getting deeper into the city’s crime syndicate. 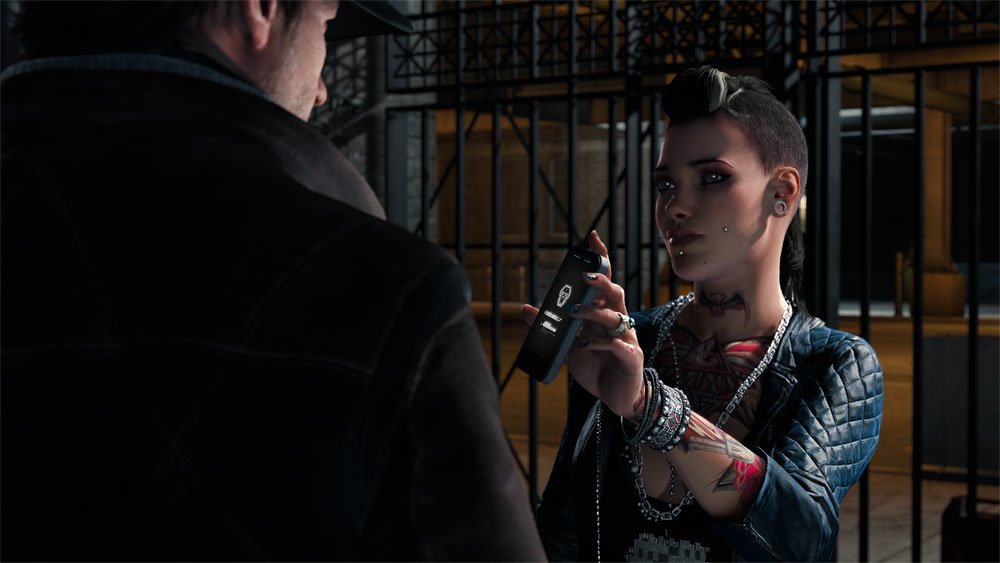 Watch Dogs does a lot of the things you would see in an open world well, but just not well enough to stand out on its own. However, one thing Watch Dogs does differently is the hacking mechanic. With the exception of stealth missions, players can hack into surveillance cameras to scope out enemies, and take a few out by hacking into the hazards when the enemies are close. Then, if the player still hasn’t been caught they can use their stealth and cunning to take out the rest of the opposition. Using the hacking mechanic mixes it up, rather than just going into missions guns blazing…Although there is nothing to stop the players from doing so. In fact, there isn’t much incentive to play one style as opposed to another.

Stealth missions on the other hand make it mandatory for the player to navigate the mission undetected; getting caught will result in an automatic failure of the mission. This ordinarily wouldn’t be that big of a deal if the load times weren’t that long and without other missions allowing the player the choice of how they want to play. Watch Dogs mixes up the types of missions players will have but about halfway through the game, it becomes clear what the player must do to succeed in the type of missions they’re in. Adding to the game are mini-games such as digital trips, cash runs, poker and chess to name a few. Along with the mini-games, Aiden can find out where crimes are taking place and can stop them. 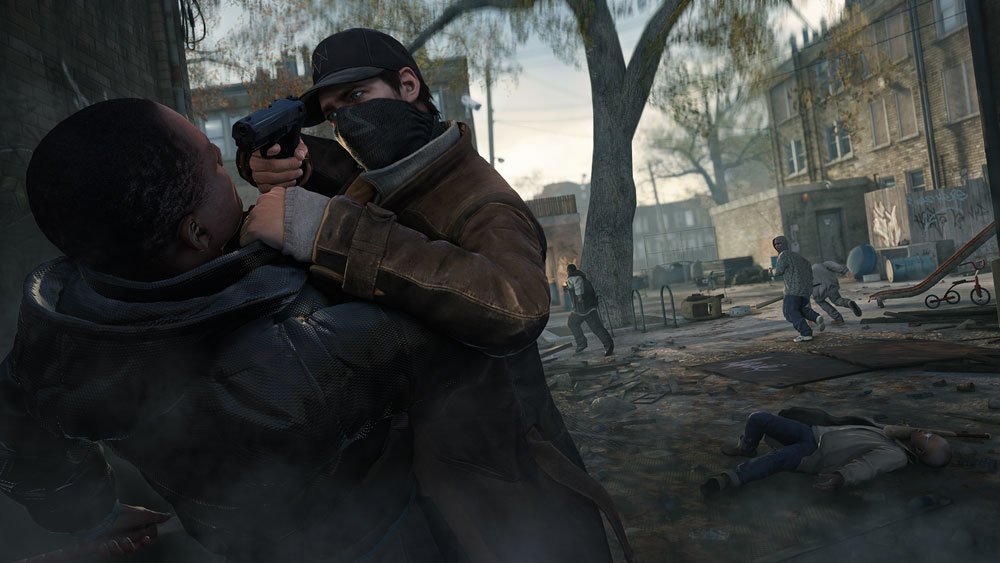 The city of Chicago is represented on screen with a few liberties taken. The lights in the heart of the Loop really make that portion of the city a wonderful place to stroll around and hack people out of their bank accounts. Other portions of the map have some landmarks locals will recognize, and others that are just made up for the sake of checking in for extra rewards. All the areas of the map are rendered nicely for what anyone would expect for a current gen console (PS3 and Xbox 360).

Playing Watch Dogs on a PS4, Xbox One, and/or a PC might not have as many technical issues, such as loading times. One problem a newer console and PC can’t solve is the shooting mechanics. A lot of the more powerful guns have a lot of kickback, which messes with targeting an enemy at times (and at others gives a lucky headshot). The thing about Watch Dogs, is that it just pulls elements of other games and does them well, if not serviceable. This doesn’t make Watch Dogs a bad game at all. In fact, it’s quite fun to roam around the city and reading the randomly generated facts about the citizens for the entertainment. Missions where the player can do their best not to be detected before getting in an all out gunfight becomes quite exciting. 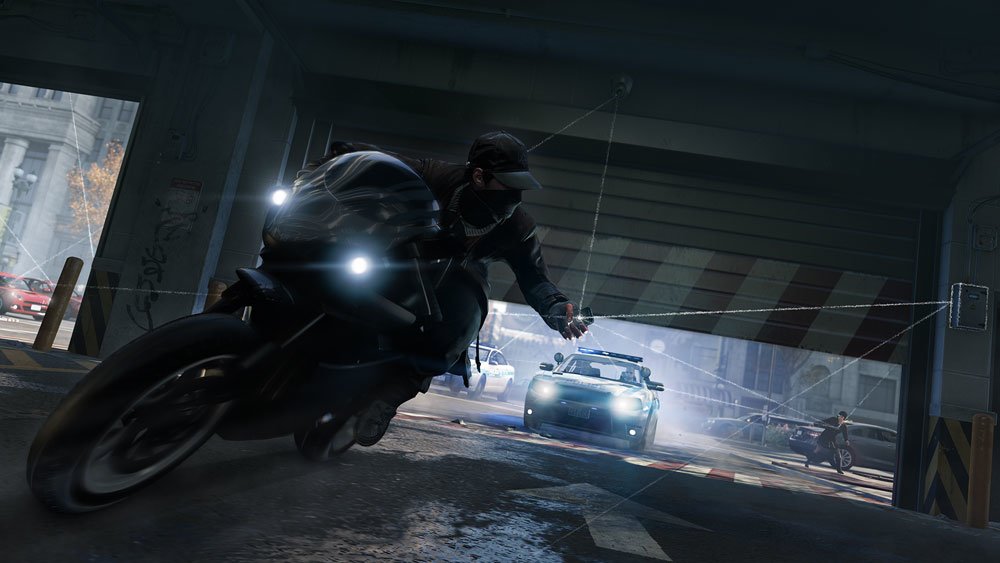 What pulls the game together is the hacking mechanic. Not allowing the player to shoot while driving to take down a car might pull a player out of their comfort zone, but the hacking mechanic helps players think on the fly. While the hacking isn’t a major selling point of the game, it adds to it. There’s a lot of fun to be had evading cops by bringing up blockers, or just elevating a bridge just for the jumps. Other things like chasing down criminals can become a conflict for some players by choosing to go after a random mugger, or going to the next mission’s location. Although, chasing random muggers down in the streets does wear you out after a while.

There is a little bit of a multiplayer function where random players can come in and hack into your game. The player has to find out which of the citizens is the hacker or locate them on rooftops or overpasses. Getting forced into a game like this can become annoying for those that just wish to be left alone. It can be best described as an Assassin’s Creed type of game, but based more around technology. 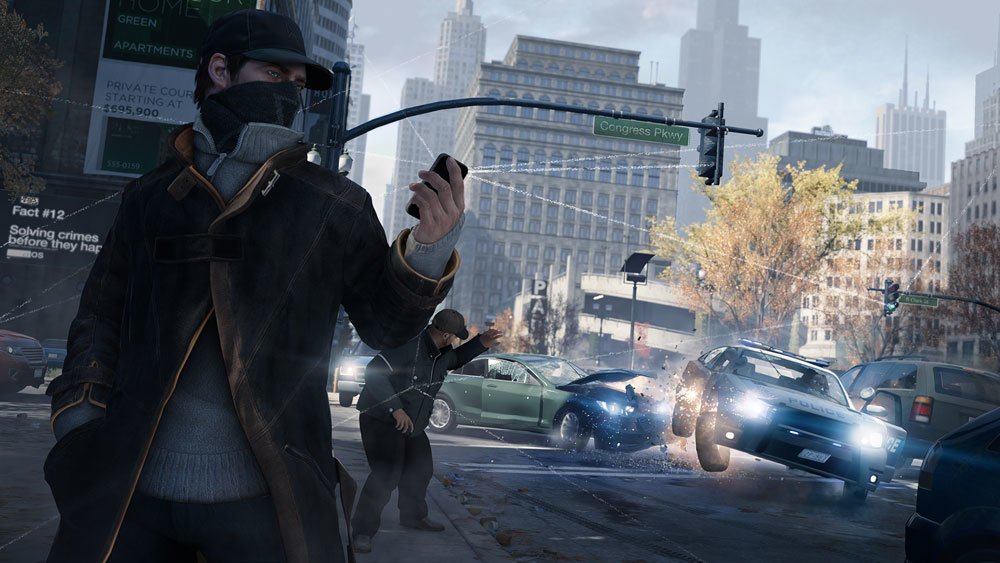 The open world (or city) of Chicago is a great setting (even if I’m a little biased in saying that). The hacking brings something new that could be expanded upon if the developers choose to make another game, because almost everything in Watch Dogs works well together. It’s a game that is about as equal to the sum of its parts, and though it isn’t the definitive game for the “next generation” of consoles…Especially being released for the current ones. Watch Dogs will give gamers hours of entertainment through the campaign, and a ton more with all the mini-games and crimes taking place throughout the city.

Final Verdict: Watch Dogs gets 7 Deep Dish Pizzas out of 10.

This review is based on a retail copy of the PlayStation 3 version of Watch Dogs developed by Ubisoft Montreal, published by Ubisoft. New Gamer Nation did receive a review copy for comparative purposes.