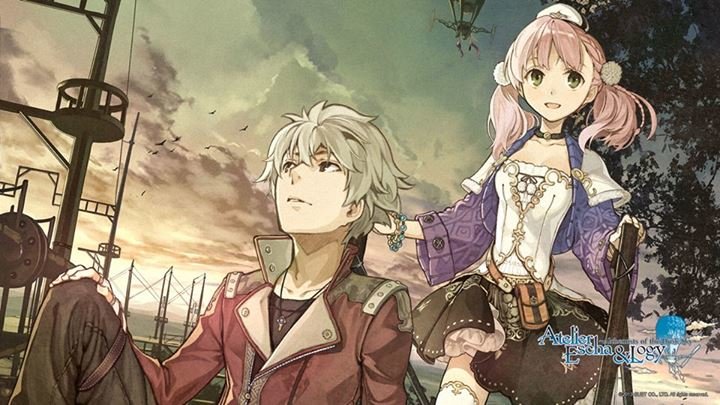 You may not be familiar with the Atelier series, but it’s been around a long, long time. In fact, this is the 15th game in the series. Japanese developer Gust continues their current “Dusk” trilogy with Atelier Escha & Logy: Alchemists of the Dusk Sky, the second game in the series and the follow up to 2013’s Atelier Ayesha: The Alchemist of Dusk.

In Atelier, You’ll play as either of the titular characters Escha and Logy, who are hired by the Colseit government as alchemists for the R&D division that has been the embarrassment of the other divisions due to its lackluster performance. As an alchemist, it’s your job to take assignments and gather the materials necessary to create the object for the tasks you’re assigned. When done, you must report your success to your boss to receive new tasks and rewards.

Plot is fairly dry at the beginning of the game, and it unravels slow. Countless tutorials subside the intrigue of the story and characters, but patience with the game is rewarded when the training wheels come off. I soon found myself reading as many conversations between characters as I could when the game gives you free time, and I started to become lost in the relationships between the characters. What at first seemed like a simple story soon unraveled and really gripped me, but the initial slow burn at the beginning of the game may scare off those with little patience. 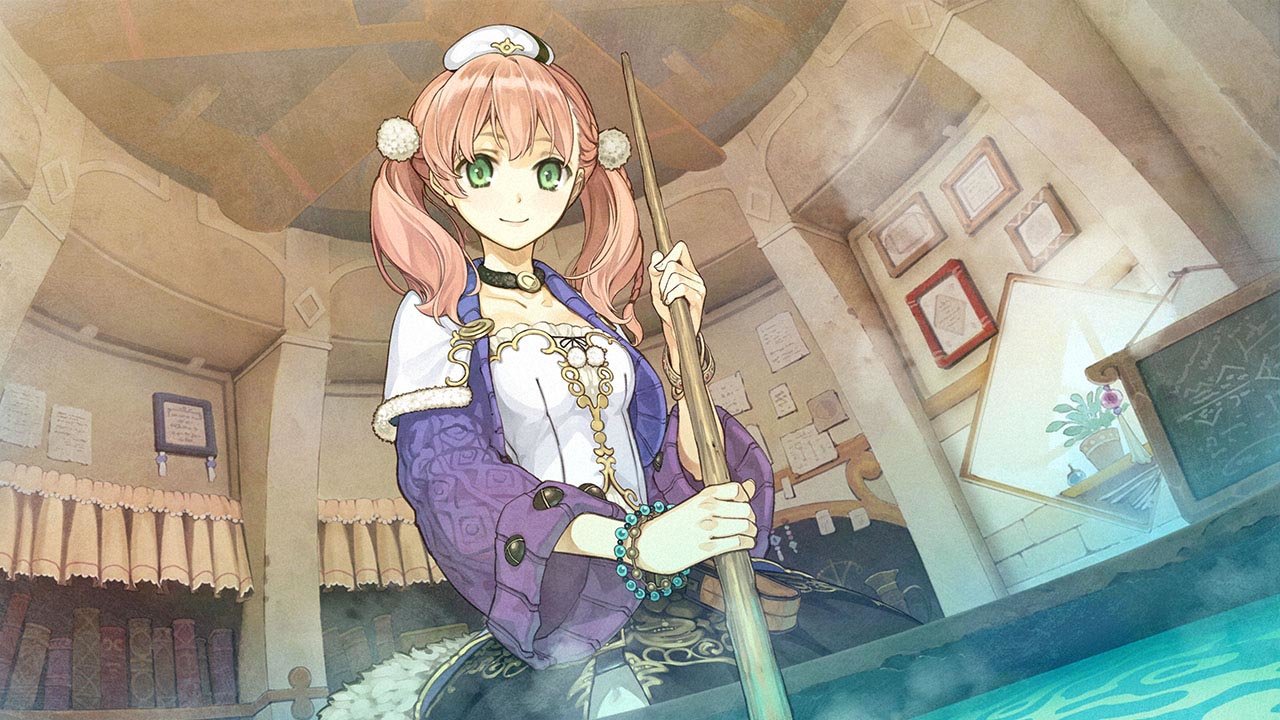 Like the previous games in the Atelier series, time is a paramount factor while playing. You’ll constantly be on the clock as you run around the world finishing assigned tasks that must be completed in the allotted time to avoid punishment, but if you keep failing – you’ll be terminated from the job. I never had trouble completing the main tasks in the game, and I found that I had plenty of time to complete the required assignments, but this left time to complete the optional jobs which offer bonuses and can help you get better gear or recipes to craft more intricate items.

If you’ve played a JRPG before, you’ll likely be right at home when playing Atelier. When looking for items, you’ll engage in battles with monsters that rely on a turn based system. The top of the screen will display the timeline in which each character in battle – both friend and foe – can attack. While fighting, you can build up a support meter which can be used to either have a character aid another in attacking, or by jumping in front of an enemy’s attack to take all of the damage at a reduced rate. Characters will learn news skills and become more powerful as they level up, which adds more attacks and buffs for your characters to use in battle to give an edge. 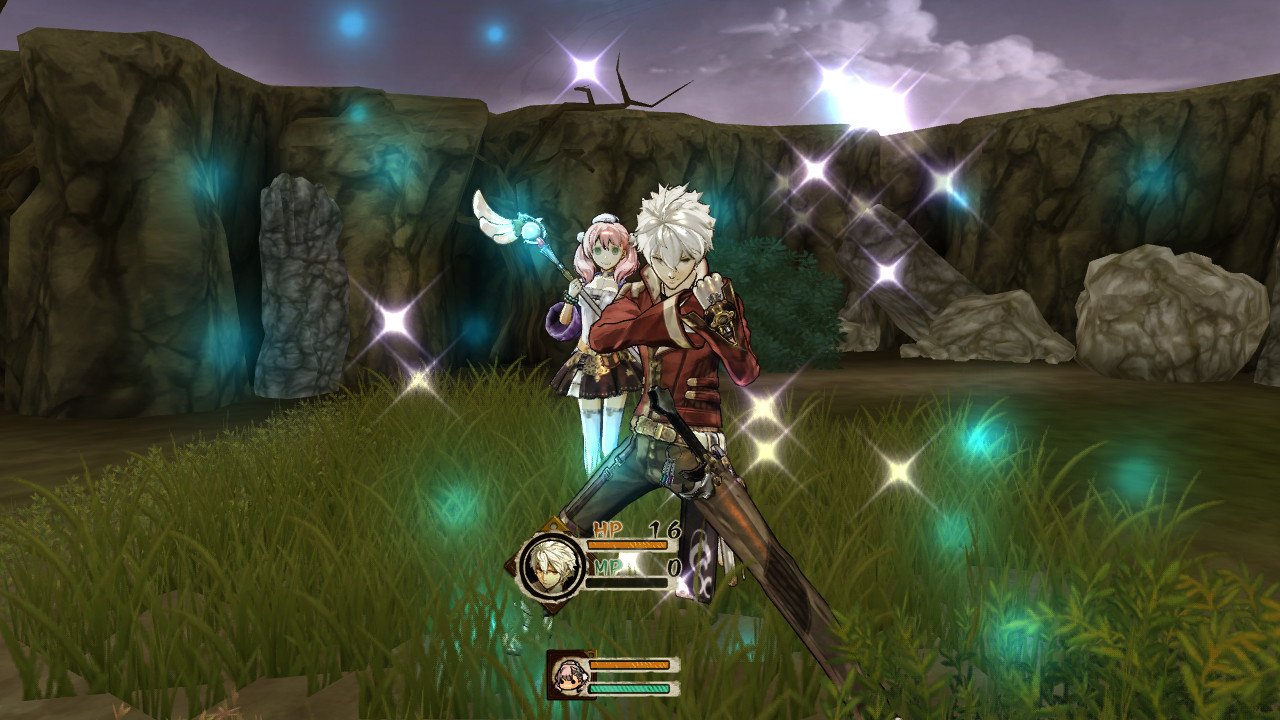 I found the combat decently enjoyable during my time with Atelier, as its fast-paced nature is an exciting departure from the normal slow burn found in most turn based RPGs. You won’t have to navigate through vast menus to get to a spell or item you want to use, and it greatly expedites commands.  While the rapid nature of the combat was a nice welcome at first, it lacked the depth I wish it would have had. Extended play can make the game seem like a bit trite, and the combat became less and less enjoyable as I dove deeper into the game. Even will new skills, items, and allies, the gloss faded away and I was back to being a bit underwhelmed.

Atelier creates an intriguing world that mixes technology of new and old to present a neo-steampunk universe. Airships, worn-down buildings, and ruins populate the decaying world in Atelier, and its dark tone is an interesting contrast to the lighthearted characters that populate it.

The concept of the backdrop is really interesting, but the actual conveyance is lackluster. Environments look like something out of a PS3 launch game – not one releasing at the tail end of the console’s life. The low resolution and meager detail in backgrounds really sticks out like a sore thumb when comparing them to the gorgeous character models, which, unlike the background that surround them, look colorful, detailed, and extremely impressive.

Atelier Escha & Logy: Alchemists of the Dusk Sky is a fine title. It definitely has the foundation for a great game, but not every aspect is as strong as the ideas that are introduced. Atelier doesn’t do much to innovate JRPGs, but it’s still a good title for those looking for a new RPG or those who are fans of the Atelier series. It’s impressive that developer Dusk just released the previous title in the “Dusk” series a year ago, but their hastiness seems like it could be taking away from the time to really polish up their titles. With that extra polish, Atelier Escha & Logy might have gone from being a good game to a great game.

This review is based on a review copy of Atelier Escha & Logy: Alchemists of the Dusk Sky by Gust.