Part creative genius and part loving tribute, Shovel Knight is the wonderful tale of one knight, his shovel, and the treacherous journey to save his friend from the Tower of Fate. Developed by Yacht Club Games and originally released in 2014, the recent Xbox One port proves that this is still one of the best platforming adventures, period. 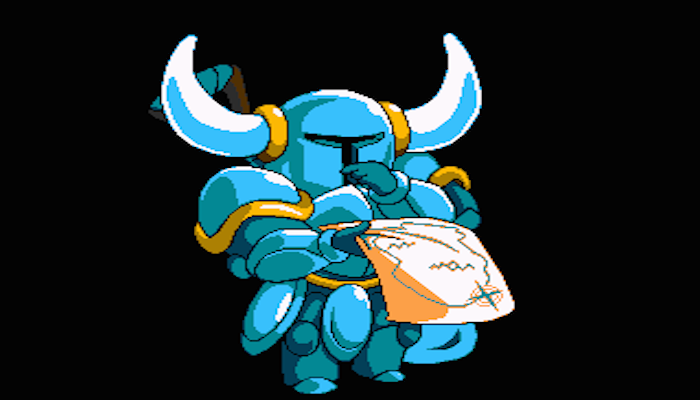 The game begins with the past exploits of Shovel Knight and Shield Knight. Together they explore the Tower of Fate, coming across a cursed amulet that seizes Shield Knight and boots Shovel Knight from the tower. In a fit of grief, our hero ceases to travel, instead hiding himself away in isolation. While the good guys are away the villains will play, and in the absence of Shovel Knight, the Enchantress comes to control the land, eventually unsealing the Tower of Fate. Upon learning this, the good Knight decides to take up arms once again to save Shield Knight and defeat the Enchantress and her entourage of goons called “The Order of No Quarter.” 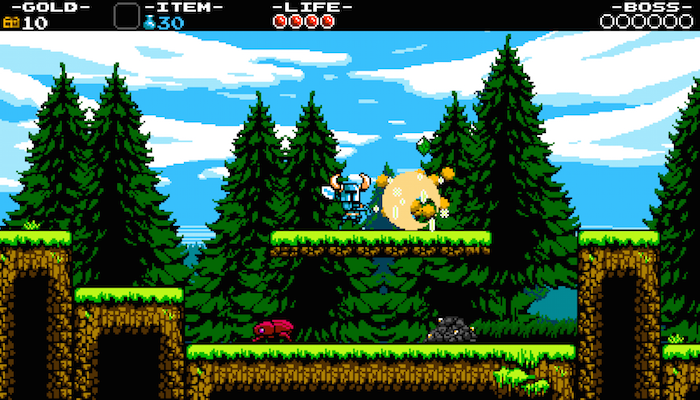 Shovel Knight is a masterpiece of gameplay with nearly perfect mechanics and controls. The platforming is tight and fun, on par with the original trio of Super Mario Bros. titles. Surviving levels and combat requires timing and skill, and though the difficulty can become quite intense, it never reaches the point of frustrating. Each level contains a special item that gives Shovel Knight a new skill, like the ability to shoot fireballs or brief immunity from damage. The controls can be a little imprecise when using these items, but that’s a small knock on an otherwise complete, entertaining experience.

The crisp, 8-bit visuals of Shovel Knight wow as well. Each level is a loving tribute to years past in video gaming, with level design and graphics that remind one of Metroid, Castlevania, and Mario. The overworld map used to navigate between levels is reminiscent of Super Mario Bros. 3, complete with enemies that move around to block your path. The setup of each stage is similar to that of Mega Man, where you navigate the level, finding various checkpoints and paths until you reach the final boss. The enemy variety is great, as you’ll never feel like you’ve been facing the same baddies the entire game. Each boss battle at the end of stages feel fun and challenging, but most importantly, unique. There’s never a dull moment when taking on the Order of No Quarter. 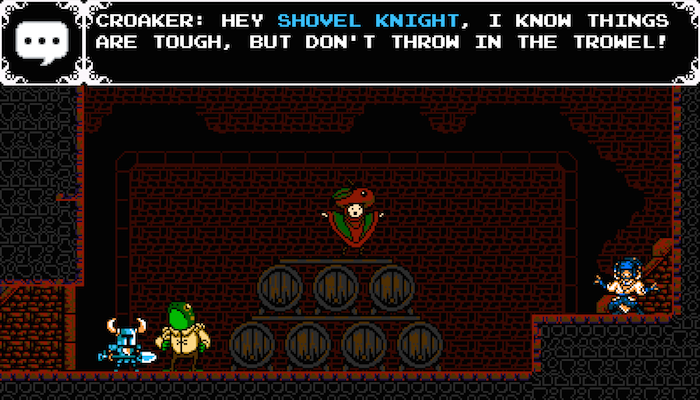 The nostalgia trip wouldn’t be complete without the help of a wonderfully catchy chiptune soundtrack. The soundtrack features songs composed by Jake Kaufman, with contributions from Mega Man composer Manami Matsumae. The music of Shovel Knight matches the action in every situation, from the tense moments of battling a stage’s boss to the interlude between stages where Shovel Knight kicks back by the campfire, tired from a long day of critter slaying and treasure collecting.

Despite how similar Shovel Knight feels and plays to titles of the NES era, it manages to feel fresh and exciting every time I play. Yacht Club Games has created a masterpiece that reminds us that old can be new, exciting, and fun, all while paying homage to the games of the past. With its solid gameplay, beautiful 2D visuals, and amazing soundtrack, Shovel Knight is already an early contender for my Xbox One Game of the Year.

This review is based on a review code of the Xbox One version of Shovel Knight developed by Yacht Club Games.

Did you like this? Share it:
Digging Up the Past | Shovel Knight Review
Overall Score10
Positives
Negatives
10Overall Score
Reader Rating: (0 Votes)
0.0