After reaching your final destination and completing one final act of selflessness in Atelier Shallie: Alchemists of the Dusk Sea, you might be surprised to find out that ultimately, despite all of your efforts to save the dying world, your actions won’t have any meaningful impact on the world at all, and not through any fault of your own but because the world is beyond saving due to negligence of precious resources by generations prior, and no amount of alchemy can change that; but in the end it doesn’t matter because you will have gained experience and learned the skills necessary to help people survive in the world and also found a more important purpose to pursue along the way. In short, it’s the journey that matters and not the destination, and in the case of Atelier Shallie, the journey is made up of all of the mundane little tasks you completed over time that attribute to all of your experience and character growth. 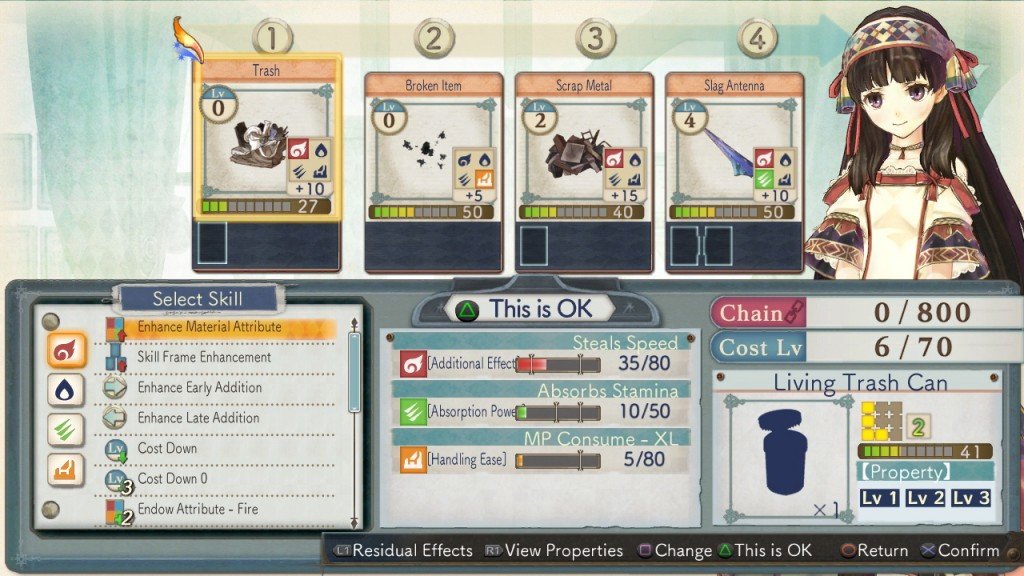 Atelier Shallie: Alchemists of the Dusk Sea is the third game in the Dusk series and follows two main protagonists, young girls sharing the same name Shallie, who are both beginner alchemists who earn a living by working out of their ateliers, or workshops.  One of the Shallies, Stera is a princess travelling to the oasis city Stellar to help solve the water drought in her village. Once in the city, Stera uses her alchemy skills to take on jobs to improve relations between her village and the city. The other Shallie, named Lotte, is a free spirited girl living in the city and gets by doing day-jobs, basic alchemy and dreams of wealth. After both characters are introduced in the prologue, you can select one of the two characters to continue the rest of the story with, although both characters eventually meet up and join each other on the main quest and explore the same world together, and you can play as the second character in a new game to see the other side.

The Atelier role-playing game series has always revolved around synthesis— featuring a very nuanced and meticulous item crafting system and a strong emphasis on harvesting. From weapons and armor to healing items and accessories, you can make everything you need in the game yourself using the alchemy cauldron in the atelier, as long as you have the essential ingredients. The synthesis menu displays all of the recipes that you’ve learned and makes it easy to see ingredients necessary to create new items. The fusion system gets very detailed and specific and lets you manipulate the smallest property and element type in order to increase the quality of all of your items. As your alchemy level increases, you’ll unlock abilities to improve the overall quality of each item you try to make. It can get very involved and addicting actually, and you will want to keep fusing everything you can in order to make more powerful items and armor sets. You can acquire new recipes through story progression or by buying recipe books in shops. Story progression is done through completing objectives through harvesting items, fighting or synthesis.

For a game series known for its meticulous crafting and gathering features, this particular game also features a very robust combat system with nuances of its own. The most significant thing about combat is that the main character, the alchemist, is the only character that can use synthesized items like bombs or health restorative items, although they can be used on other party members and the items replenish every time you return to town. The combat is turn-based. You can have up to 6 characters in combat at a time; three are fighting up in front while the other three are on standby in the background, but sometimes they will jump in and assist you or you can swap them in to trade places so you can regenerate MP, magic points for special attacks. If you cause enough damage to fill a gauge on the top right of the screen, you will trigger a ‘break’ which will cause enemies to skip turns and allow you to increase damage output. You can also fill the gauge further and cause a ‘burst’ which increases damage even more.  Each character also has a unique ultimate attack as well. The characters in your party all have different buffs and debuffs and can learn new powerful skills as they earn combat experience. 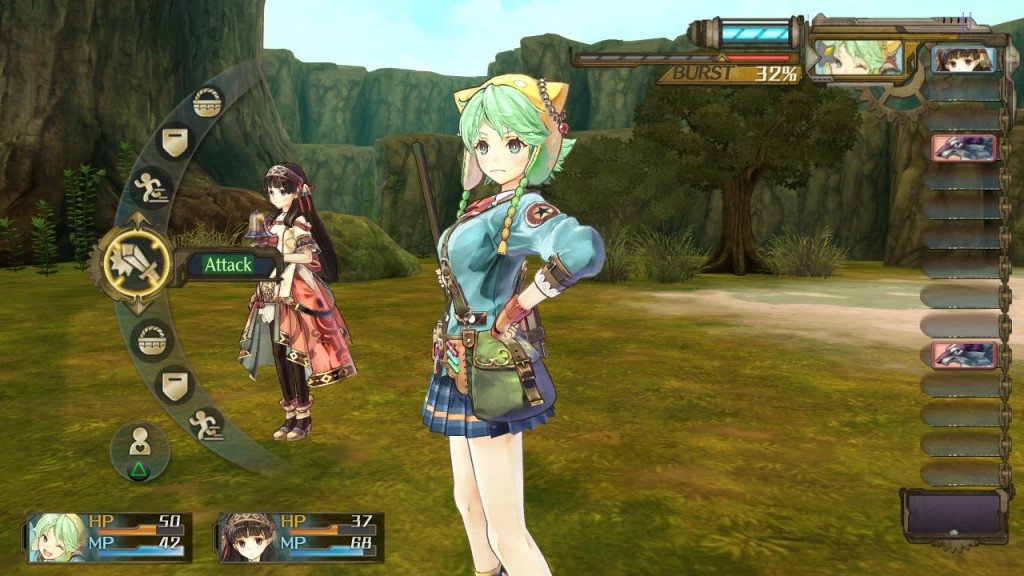 Developer Gust has created one of the most streamlined fusion and combat systems in the Atelier series to date. The time limited objectives from previous games have been subtracted in favor of letting you take on tasks and progress the story in any order with more of an open world design, making this entry more accessible to new comers. The game makes leveling easy by constantly rewarding you experience points for every little thing you do and you are always presented with hints on where to go, what to do, or where to find things. The game has a very vivid and colorful Anime visual style as well, and great character animations and visual effects, especially combat visual effects, and a great sound track and sound design to compliment the art style, complete with English voice acting as well as an option to dub in Japanese language. I really enjoyed the characters, world and story. It all reminded me of a Final Fantasy game, complete with a princess, magic, sand ocean, airships, world map, and dragons!

Also, your inventory carries over to New Game +!

This review is based on a review code of the PlayStation 3 version of Atelier Shallie: Alchemists of the Dusk Sea developed by Gust Co. Ltd and published by Koei Tecmo.

Did you like this? Share it:
A Recipe For Success | Atelier Shallie: Alchemists of the Dusk Sea Review
A robust crafting and combat system with a great world, story and characters to explore.
PROS
CONS
9Overall Score
Reader Rating: (0 Votes)
0.0