During last night’s broadcast of Monday Night Raw, the WWE revealed 15 time champion John Cena will be gracing the cover of this year’s instalment of the WWE 2K franchise. WWE 2K15 will mark the first game in the series to be featured on the Playstation 4 and Xbox One consoles, and will be released alongside the previous generation’s consoles. Look for WWE 2K15 when it is released October 28 in North America, and October 31 internationally. 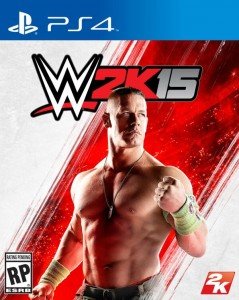 So what do you think gamers? Was John Cena the cover superstar you were expecting, or even wanted? Let us know in the comments and stay tuned to New Gamer Nation for all your video game news, reviews, and features you crave.