This week the internet gave a collective audible groan after hearing that the latest Silent Hill game in development had been cancelled, which is unfortunate because the news comes at a time when the horror game genre seems to be enjoying a bit of a resurgence at the moment. 2015 has been an especially good year for horror games after a seemingly long lull of releases for the genre. So far this year has seen the re-release of an HD remake of the original classic Resident Evil, a new zombie filled parkour action series from Dead Island creators called Dying Light, a new episodic-style entry in the Revelations series, some fresh DLC for The Evil Within, and a recent re-release of the popular survival game State of Decay subtitled Year One, just to name a few. 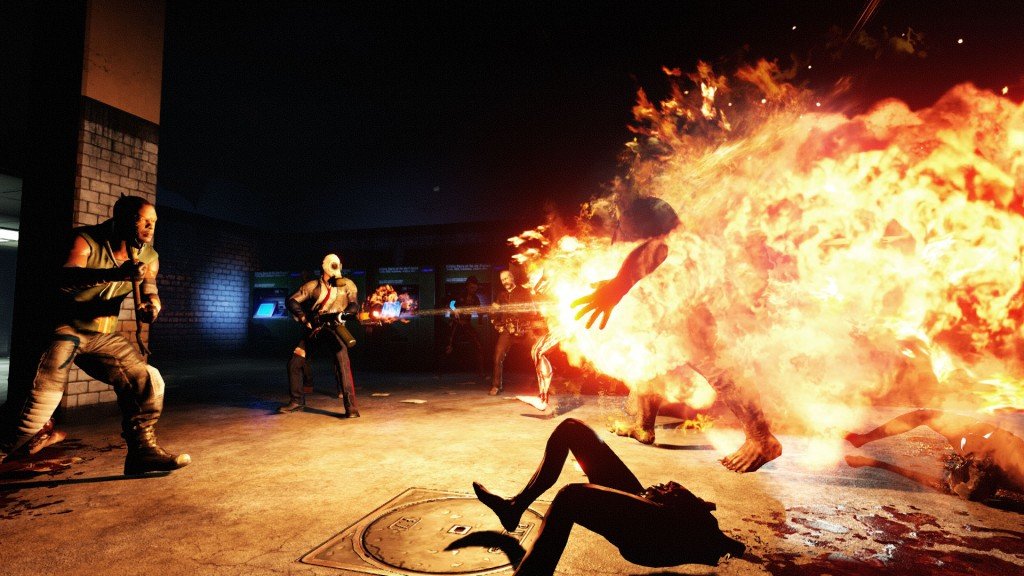 Not to be left out of the horror fest, in comes developer Tripwire Interactive, kicking the door down guns blazing with a wave of blood filled with body parts of deformed mutated zeds for the anticipated sequel to their popular co-op shooter Killing Floor, titled simply Killing Floor 2. I really do love the Left4Dead series, which this game has a lot of similarities too, as well as Resident Evil: Operation Racoon City—that online co-op shooter set in the Resident Evil universe that everyone seemed to have forgotten about. One thing to note is that this is a squad-based co-op game with emphasis on character roles, tactics and positioning, and after leveling up with experience, you may be matched with similarly higher ranking players that will expect you to carry your own weight or else anticipate receiving verbal abuse from your team, but this is an issue with most co-op games share and a topic beyond this game, or this review. I haven’t experienced any negative feedback so far, but I assume it’s because everyone is a newbie and trying to figure the game out on their own. Plus the game might get a progression wipe when the final version of the game gets released so no one must care too much about rankings right now.

For an early access build, Killing Floor 2 is actually quite polished, both visually and gameplay-wise. While it lacks a large number of maps or a meaningful solo campaign, what is available is sufficient enough for a fun team-based experience. The early access build is limited to three large maps accessible both online and offline, 7 characters to choose from, 4 class roles to specialize in and a few select but varied weapons. Taking place after the events of Killing Floor, the story goes, an outbreak has spread across Europe and a group of civilians and mercenaries have banded together to combat the outbreak.  As I mentioned before Killing Floor 2 is a squad-based co-op game with emphasis on character class roles similar to Battlefield 3, or any shooter, RPG, MMO or MOBA that has combat relying on a party composition  made up of the holy trinity of ‘tank-healer-dps’. In the case of this game, class roles available for the early access build are Berserker, Commando, Support and Field Medic. Each one of the classes have different stats that enhance their respective role after gaining experience, which you accumulate through gameplay. Each character role also start off with different weapons. Berserker starts off with a melee weapon, a blade, and has a gameplay style that gets in close range of enemies for combat, while Field Medic starts off with a special pistol that has an alternate fire ability that shoots healing darts at allies and grenades which set off a gas cloud that can both heal allies and hurt enemies at the same time.   Commando starts off with an assault rifle, Support with shotguns and both typically keep their distance from enemies and provide ranged damage support for allies. In essence, the gameplay feels very similar to an RPG or MMO raid in which party member need to rely on each other’s abilities to make meaningful progress until the final push for the boss, or at least that’s the case in Survival Mode. 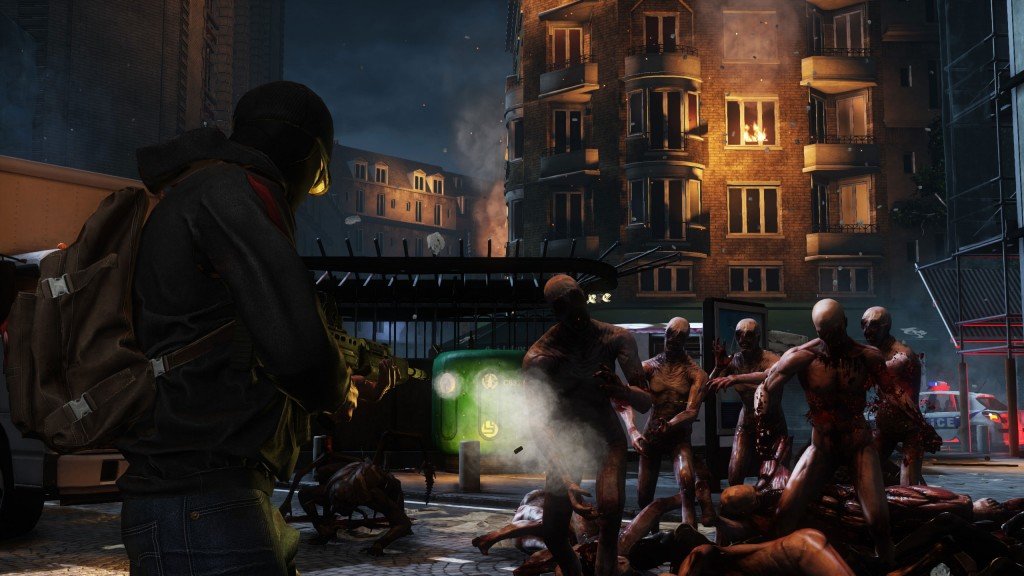 You typically start off the game by first selecting between 7 characters and then setting their “Perks” –or what Killing Floor 2 refers to class roles. Your perk stats will increases as you earn experience via gameplay, and after certain thresholds, you will also unlock special abilities which will augment your character class. Once you’ve got your character and perks setup you jump into online matchmaking, search for a server to play on with 5 other players or play solo offline. Currently there are only 3 large non-linear maps available to choose from– Burning Paris, Outpost and Biotics Lab which vary in layout and Survival mode, which requires you to survive through varying waves of enemies. Burning Paris is reminiscent of burning Racoon City from Resident Evil. You’ll run through barricaded streets with a collapsed Eiffel Tower looming in the background, run in and out of buildings and into a dark subway station. The Outpost has a snowy exterior and dark interior corridors to run through while Biotics Lab locks you into a purely interior labyrinth that resembles a monster lab from Umbrella Corp. from the Resident Evil series.

While the game is visually and mechanically impressive, the real stars of Killing Floor 2 are the zeds, or mutant monsters, and the guns, blood and gore! From the slow stumbling zeds, to the floor crawling spider-like zeds that like to drop down on you from air vents, to the bloated dual cleaver wielding zeds that like to spray poison, all of the enemies can be potentially deadly if you find yourself cornered or isolated from the group, or if you find yourself in a small corridor facing waves of all of these enemies at the same time with blood and gore flying all over the place making it hard to see. Don’t think that you can stand in one place and just empty ammo like a turret. No! No! No! Even equipped with an assault rifle, you will often find that the ammo reloading animations will leave you vulnerable enough to be taken down if you aren’t careful. In most cases, it’s wiser to switch to a secondary weapon before reloading.

Once a game starts you have to survive through 4-10 waves of enemies, and between each wave you have a few seconds to run to a shop to refill ammo, health and upgrade weapons where you have to make a trade-off between saving your currency for a more expensive powerful weapon for the end game and boss, or spend your currency to keep your character replenished.  Ultimately the game is just fun to play, and gorgeous to look at—if you love horror or not. The weapons feel great. The maps are open and large with multiple spawn points to encourage strategy and tactics and ensure that teammates master and make use of their class roles and abilities.