When it comes to the point ‘n’ click adventure genre, Tim Schafer has a portfolio of classics more extensive than pretty much anyone else in the business. From The Secret of Monkey Island to Day of the Tentacle, Full Throttle to Grim Fandango, Schafer has had a hand in them all. So when he takes to Kickstarter to spearhead a brand new IP in the revitalised genre, it’s most certainly time for fans to take notice. And with the recent news that Act 2 is only just around the corner (as well as the welcome announcement that the complete game is also headed to PlayStation), now seems an ideal time to check out why this first installment is so compelling.

Put simply, Broken Age is a sublime demonstration of what makes point ‘n’ click adventuring so engrossing. First and foremost, it creates a unique, bewitching world and populates it with interesting and effortlessly funny characters.

The game is split into two, and the first choice you’ll have to make is whose story you play first: Shay or Vella’s. Shay is a young chap who just happens to be the last surviving member of his race (he’s also voiced by none other than Elijah Wood). He seems to be the only human passenger on the Bossa Notra, a space ship governed by a motherly AI whose sole purpose seems to be to look after Shay and keep him happy. His story starts with him completing a series of mundane and clearly orchestrated “missions” designed to reinforce the notion that he is a hero saving lives. But Shay grows discontented with his mollycoddled existence, and so begins to search behind the curtain on the ship, before stumbling upon the depressing truth of what is going on in the world outside the confines of the vessel. 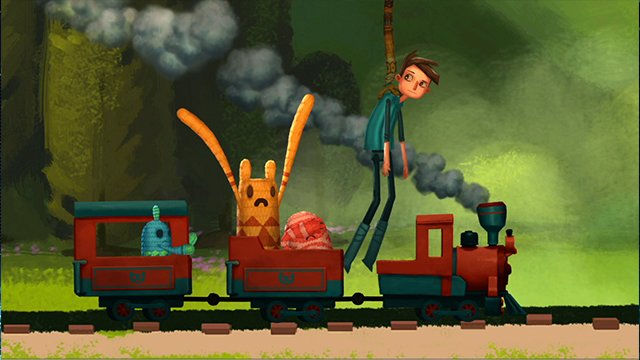 Broken Age’s other protagonist is Vella: a headstrong young woman who refuses to comply with the traditions of her homeland. She and her people live under the shadow of Mog Chothra: a massive beast who must be appeased via regular Maiden’s Feasts, in which young women are sacrificed to him. When she is chosen to take part in the latest festival, Vella senses an opportunity to escape and kill the great creature, and free her people once and for all.

The two stories begin on seemingly independent tangents, but come the final conclusion, Shay and Vella’s worlds collide in a shocking manner that comes totally out of left-field. You won’t see it coming and it really sets up part two perfectly. In terms of world creation, character progression and story-telling, Broken Age truly is a masterful achievement. Every aspect intertwines seamlessly to create a charmingly entertaining ride.

Aesthetically, it’s a real sight to behold as well. Deep pastel colors and soft, cel-shaded graphics give the game a brilliant, almost fairytale-like appearance. Animation is silky smooth and the voice acting never less than of the highest standard, resulting in the quirky sense of humor that Schafer is renowned for being delivered by the bucket load. This is a game that will make you smile. 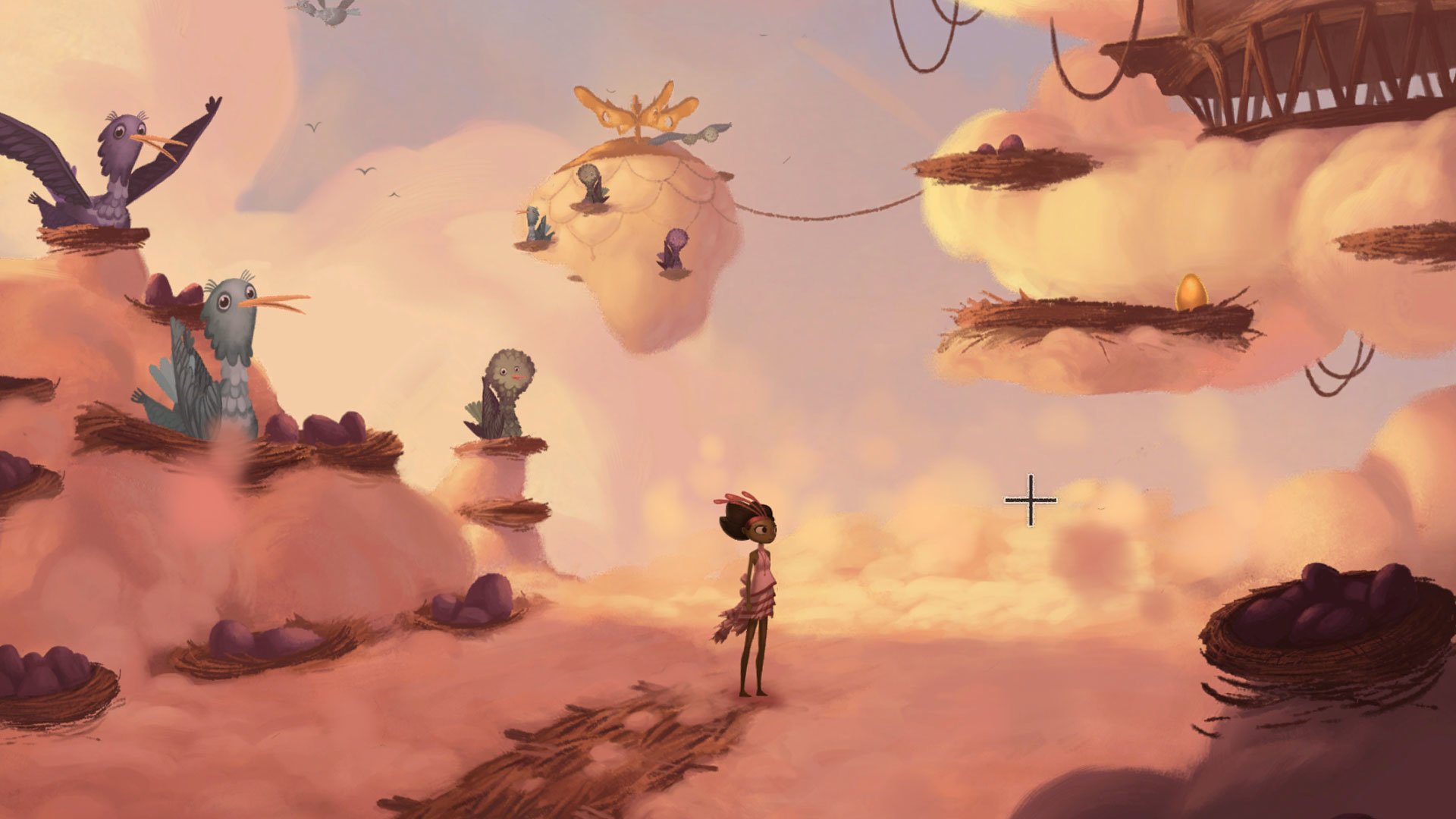 Each and every NPC is brimming with personality

When it comes to actually playing Broken Age, it doesn’t stray too far from the tropes of the classic point ‘n’ click titles, not necessarily much of a surprise given Schafer’s track record with the genre. You’ll spend plenty of time exploring the game’s various fantastical environments, chatting to the weird and wonderful characters you happen across on your travels (complete with plenty of hilarious dialogue options), and of course, using the items you’ve collected along the way to complete puzzles. It’s all pretty standard fare, but it’s executed flawlessly here, and if you’re a fan of this type of game, or looking for an example of what makes it so popular with old-school players, then you’ll get plenty from Schafer’s latest.

Something else that Broken Age must be commended for is its excellent control of its difficulty curve. Far too often these classic adventure titles will be guilty of frustrating the player with overly obtuse puzzles that require a great deal of warped logic (or far more likely, endless trial and error) to overcome. But here, it’s likely that you won’t be driven to distraction whilst completing the game’s challenges; a welcome departure from the norm. This allows the story to progress at a nice, brisk pace, thus not giving your attention an opportunity to wander even for a moment. 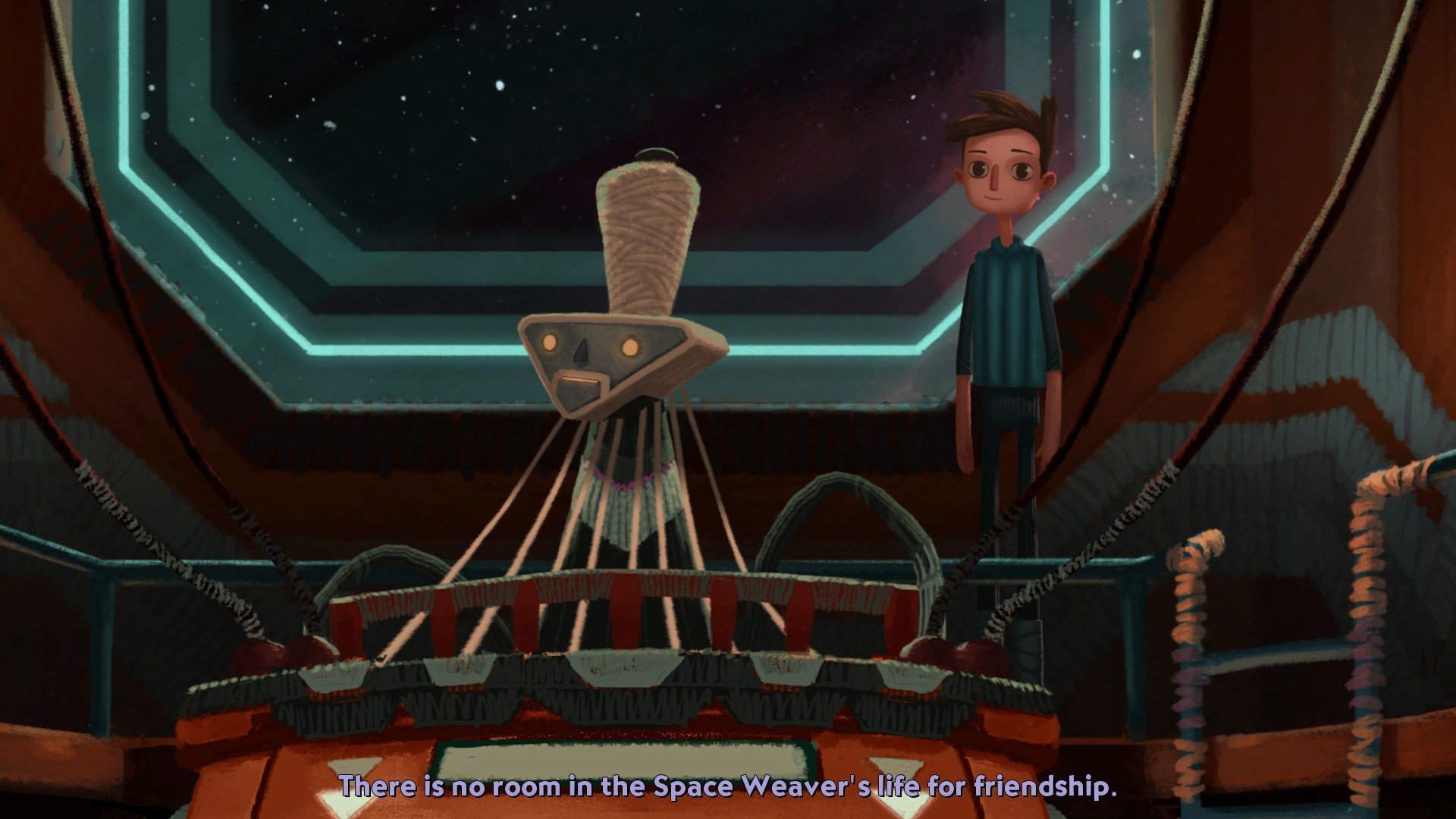 However, there’s an obvious downside to the story progressing quickly: the whole experience is over disappointingly soon. If ever there was a game that you’re likely to finish in one sitting, then Broken Age is it. You’ll no doubt get absorbed in Shay and Vella’s enchanting worlds to such an extent that just as you stop to consider how enjoyable it all is, the credits will roll. Each character’s story weighs in at roughly 90 minutes, so you could well experience everything the game has to offer in an afternoon. It is priced to reflect this brevity though, and as far as budget gaming goes, it’s tough to get much better than this.

All things considered, Broken Age is a very easy game to recommend. If you possess even a passing interest in unique worlds and interesting characters, all sewn together with a delightfully whimsical sense of humor, then you really can’t go wrong. And if you’re an adventure game aficionado, then what I say here is probably irrelevant, as you’ve no doubt already left this review to download the game. It really is a stellar modern entry into a genre steeped in tradition, and without question, Broken Age is a title that can stand proudly alongside the best point ‘n’ clickers out there. It may be short, but it is an oh-so-sweet little gem.

This review is based upon a retail version of Broken Age for iPad. Also available on PC, Android, Ouya, and coming soon to PS4 and Vita. Developed and published by Double Fine Productions.