I remember playing Worms on my gameboy when I was in school with my friends; each of us taking turns at decimating each other’s worm army as we eagerly anticipated our next attacks to secure our glorious victory. Worms has been around a long time. Long time, as in almost 20 years. While there have been spin offs and attempts at changing up the franchise, it’s mostly stuck to its side scrolling turn based combat. That’s what you’ll find in the new series entry Worms Battlegrounds, and while the formula has gotten a bit stale, it’s still undeniably fun.

If you haven’t gotten to play any game in the Worms franchise, it’s a pretty simple concept: up to four teams of worms take turns one by one to destroy their opponent. Your worms can choose from a multitude of weapons, like a shotgun to deliver quick damage, a homing missile that can target any worm on the map, or an old lady who angrily waddles her way toward worms and detonates to leave nothing but dust around her, dealing massive damage. You’ll use all these weapons in an attempt to either lower your enemy’s health to zero, or by forcing them off the map into the infinite water below, which is an instant kill. There isn’t just weapons, though, as gadgets like jetpacks, teleporters, and construction beams can help you maneuver around the map to give a new angle to an attack, or to escape a fatal encounter. 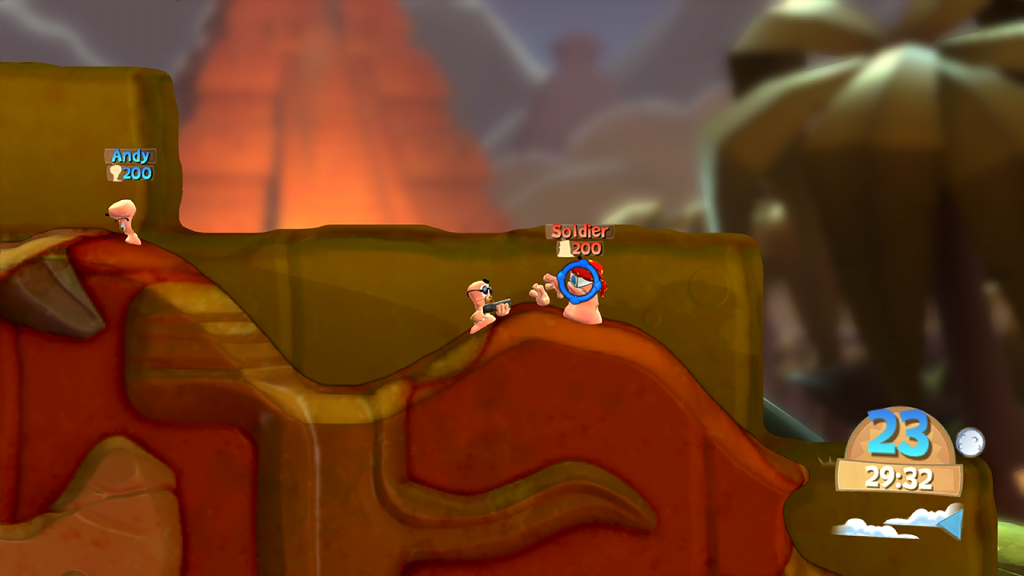 Worms Battlegrounds features a single player campaign, but everything besides the great narration by Katherine Parkinson (best known from The IT Crowd), is forgettable. Missions and puzzle are a little too easy, and the story presented isn’t going to grab attention, either. While the single player is a bit of a drag, the humor laden throughout the entire game will constantly kept me chuckling. The writing for the story may not be great, but the witty one-liners from the narrator and worms gives an undeniable charm and humor that’s hard not to love.

Mutliplayer has always been the crux of Worms, and it’s no different here. The online suite offered is great, and being able to create clans and level them up online is a wonderful addition to really promote playing against others around the world. Even with the enhanced online mode, it’s hard to beat getting four people together to battle on the same TV. Just like other games in the Worms series, you’ll only need one controller to pass around for everyone to use. There’s rarely a better feeling than tossing a grenade halfway across the map and witnessing your friend’s meltdown as the grenade blasts their worm down into the bottomless water.

Seeing as how Worms Battlegrounds is on both Xbox One and PlayStation 4, it’s disappointing to see how little the game takes advantage of the powerful hardware on both systems. Character models looks smooth, and the cartoon look suits the subject matter, but environments and effects are sub par, and they looked dated. If Worms Battlegrounds was a cross-gen title, the graphical limitations would have explained why they weren’t impressive, but since this is on Xbox One and PS4, there should be no excuse why the game’s graphics don’t look more refined and crisp. 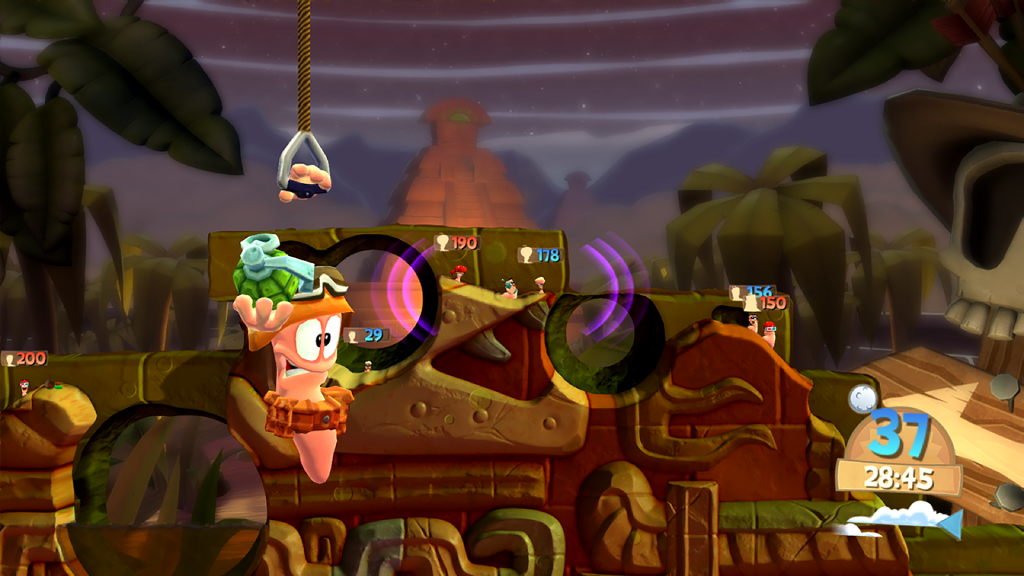 If you like to create your own maps, Worms Battlegrounds features a nice level editor that can lead to some truly crazy levels. You can place objects like explosive barrels, mines, and more wherever you like, the only limitation is in how many you can actually spawn. Regardless, the level editor is a great way to experience more abstract and innovative maps that put your worm soldiers in situations that aren’t the norm.

This review is based on the PlayStation 4 version of the game Worms Battlegrounds by Team 17.