My introduction to the Dynasty Warriors series, well-known for its familiar hack-n-slash, one man versus army combat, occurred with one of the games spin-off titles, Samurai Warriors 4-2, a game that I recently played and thoroughly enjoyed due to the easy to get into mechanics and over the top kinetic combat and wonderful visual presentation on PS4. It made me an instant fan of the series and made me interested in seeking out future releases as well as other games in the genre. I really want to seek out and play the Zelda and Dragon Quest Warriors-like games now. 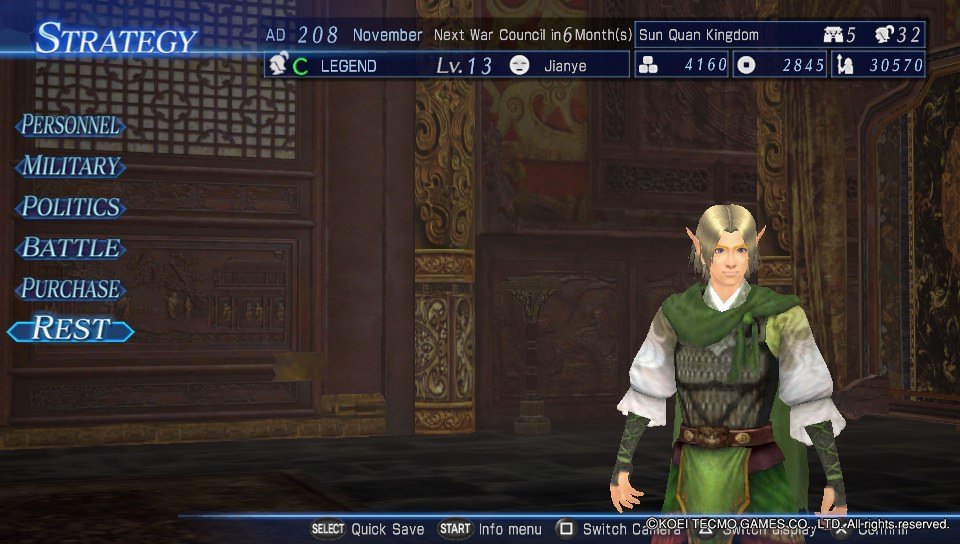 After my pleasant experience with the spin-off title, I was expecting the same kind of fun with one of the main flagship titles, but after putting quite a few hours into Dynasty Warriors 8 Empires on PSVita, the most up to date of the long-running game series from TECMO KOEI, I was pretty surprised with how limited and dated the experience all felt in comparison to the newer spin-off SW4-2, which seems to have more evolved combat mechanics and better visual presentation overall. In short, the odd spin-off feels more advanced and impressive than DW8 Empires, the main flagship game.

While it may sound a little harsh, it isn’t all bad news. Warriors games are known for being repackaged and rereleased with slight tweaks and a little extra content from the previous version, but at the core, the formula is still the same, raid enemy bases by hacking and slashing away at enemy troops until the enemy counter for the base reaches zero, then move on to the next enemy base, rinse and repeat until you reach and capture the final main base to win—easy and intuitive! There is also an added element of strategy with objectives on the field map which change dynamically as you make gains into enemy territory. The background setting takes place during famous ancient Chinese military battles and you have a large variety of famous heroes and generals to play as with a large mix of weapons choices and move sets. 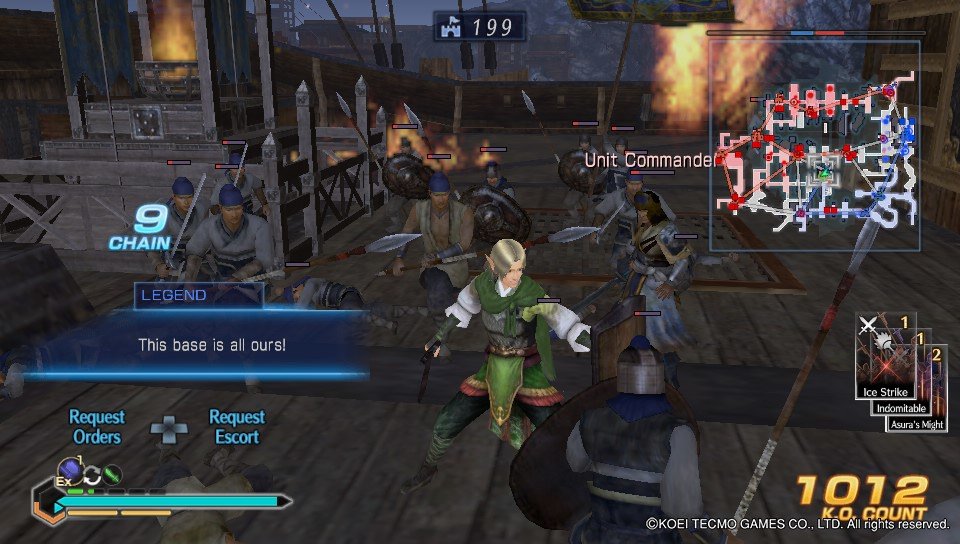 The core combat and gameplay that I just described, as formulaic and simple as it sounds, is basically the same here in Empires as it is in most games in the series with slightly altered mechanics. The added change in this title is the addition of a menu driven kingdom management system that appears front and center before every battle in the main campaign mode called “Empire Mode”. The objective of Empire Mode is to unite the Empire by conquering different territories in the region through invasions and raids, which make up the majority of combat in the game. Outside of battle you can take part in political negotiations to form alliances with other kingdoms to expand your own territory and influence. You can also manage and recruit personnel, troops or build facilities as you expand your own kingdom. Each one of these event actions takes one month of the calendar to complete and generally you have about six months to complete set objectives before each new War Council meeting, where you decide which new objectives to complete for the next six months until you unify the Empire.

I have to say that one of the welcome improvements in the spin-off Samurai Warriors 4-2 was the tag-team system. Traveling through larger maps can be tedious, especially during larger scale invasions and raids. Samurai Warriors 4-2 allowed you to take a partner into battle and send them out to cover the opposite side of the field map and you could very quickly switch between partners with the push of a button, or send them to take on specific tasks on the field for you. There were even new tag-team combo moves that you could activate when your partner was near you in battle. In Empires, you are truly a “one man army”, and it will be left up to you to do most of the grunt work which can get tedious at times. The game does allow you to equip two different weapons with different elemental affinities which help exploit enemy boss weaknesses, a simple paper-rock-scissors mechanic if you will, but there is still little more to combat aside from the simple two-button combo system, with and the occasional super move here and there.

I can’t complain about the visual presentation too much considering that the game is a port, and the console game looks a bit outdated to begin with. I’m still pretty impressed with the size of the maps, duration of battles, and the number of enemies that fit on the screen at a time, even though they usually pop in on the screen as soon as you get near an enemy base. The management system still offers a bit more depth with its many customization options. It’s also nice to have a portable version of Warriors on the go. 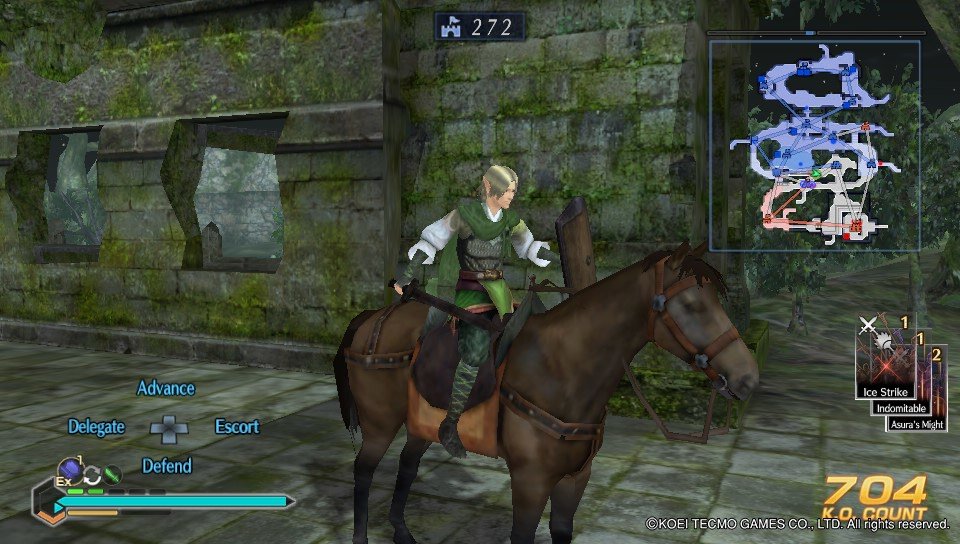 Lastly, one of my favorite features from the game is the editing mode, which gives you a lot of tools to create a custom character with any number of move sets and equipment from the main series that you can also import into the main campaign mode. I created a Link character from Zelda, complete with a shield and sword move sets, green tunic outfit, and an Epona horse mount. I was trying to conquer ancient China in the name of Hyrule.

Sometimes I just enjoy the simple combat that Dynasty Warriors games offer. I think the combat in Empires still needs to evolve and maybe add a bit more depth in combat, or at least catch up with good ideas from the spin-offs which seem to offer more of the mindless fun type of experience as opposed to the more serious historical strategy lessons. Although I felt the menu driven kingdom management system felt like an uninspired way to break up the formulaic combat, I appreciated all the customization options for building my empire. The game offers a lot of customization options on the front end but lacks that depth in the combat department, which makes up most of the game.

This review is based on a review copy of Dynasty Warriors 8 Empires developed by Omega Force & Koei Tecmo published by Koei Tecmo.

War Counciling | Dynasty Warriors 8 Empires Review
The game offers a lot of customization options on the front end, but lacks that depth in the combat department, which makes up most of the game.
Overall Score6.5
Positives
Negatives
2015-12-04
6.5Overall Score
Reader Rating: (0 Votes)
0.0