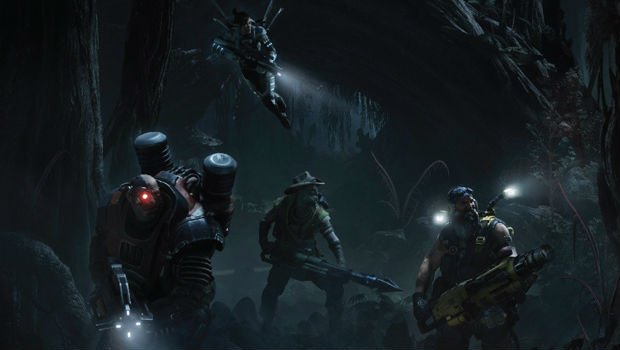 The people behind Left 4 Dead have recently posted up a teaser trailer on the company’s YouTube account.  The trailer suggests that on the 11th, Turtle Rock Studios will be delivering a first look at the company’s new game Evolve.

Evolve was announced last year and is a 4 against 1 first person shooter where a team of four players hunt down a fifth player who is a monster.  The player who is playing as the monster will view the game from a third person perspective.

Evolve will come out for the Xbox One, PS4 and PC this fall.