I spent a several minutes allowing Max to lay in bed with soft music playing. I could’ve stayed like this for as long as I wanted, but eventually, I figured it was time to have Max start her day. The last few peaceful minutes drifted away as she left the safety of her bed, and almost immediately she was dealing with the drama of high school. Oh yeah, and the ability to time travel.

Life is Strange Episode 2 takes place the following morning after the previous episode Chrysalis. The reason I stayed still listening to music in bed was to allow myself to fall back into the proper mood to experience Life is Strange correctly. This is not a game to rush through or focus on the next objective. You need to explore, take your time, speak with people, and sometimes, sit quietly and think. 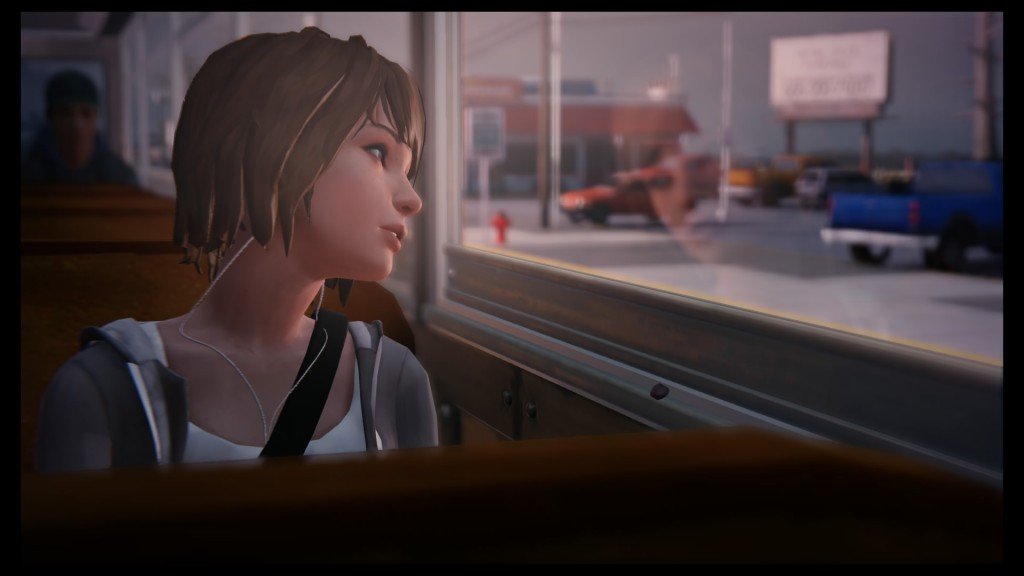 Out of Time is a fitting title for reasons I won’t get into, but I was eager to get back to Max’s life and see what new time traveling adventures were waiting. I wasn’t exactly shocked with the slow start to the episode. Not exactly forcing you to you catch up with the lesser characters in the dorm, but putting them all in one location for your convenience. It is these interactions where the bad voice acting shines through. The lines from the side characters can be uttered monotone and generic enough I can’t tell apart some characters.

I didn’t care about speaking with these characters, but it does give a little more information on how everyone is connected. I believe they are supposed to present the realistic high school atmosphere, and that may be true, but their stories are far less interesting than the main plotlines you want to unfold. Why would you care about someone’s boyfriend troubles when there is a giant hurricane coming towards Arcadia Bay? But Max does care, because she is a teen that feels every issue is as big as the world herself. Luckily, some stories are very deep and interesting to dive into. Sadly, they are pretty realistic to events that occur today. Kate, a classmate of Max, is going through a very rough time, and her story was the one I was most interested in this episode.

Besides what she was dealing with, there wasn’t much going on in Out of time. Of course there were a few eventful moments, but a majority of it is gimmicky time travel gameplay instead of intense conversations. There are two occasions where Chloe makes you test your powers to prove you really have the ability to travel through time. It’s clear the little games are more about showing you how your powers works instead of being fun. 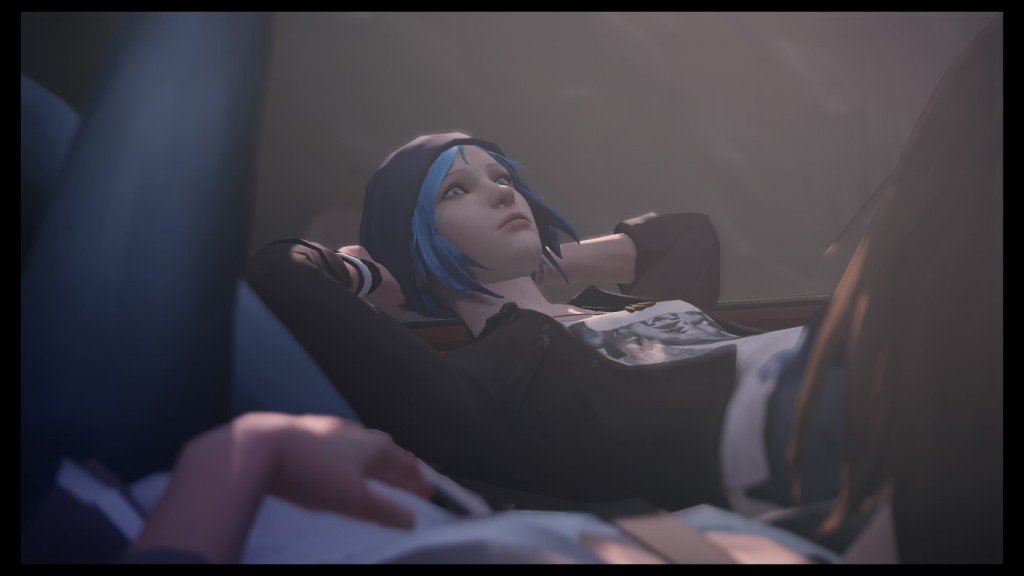 These couple moments last longer than you want, and don’t provide anything really insightful besides the obvious foreshadowing. Don’t take that to mean nothing important happens in this episode. Out of Time is well paced, albeit maybe a little too predictably, but after every slow unimportant section. There will be some event that grabs you and reminds you that while Life is Strange is about adolescence, there is something seriously wrong going on as well that you need to figure out.

Like I said in the beginning, you can’t rush through Life is Strange. It’s a slow-paced game, and I had to accept that. I wasn’t having fun doing a time travel version of memory-match, but seeing how Chloe reacts to her mother gave me a deeper insight into the troubled teen.

Any time I interacted with Kate, I did so with the most delicate touch, because I knew she was on the breaking point. If my choices had an affect on anything, it was going to involve Kate in some way. On that note, I was pleased to see some of my choices from the previous episode still mattered in this one. It’s a good sign that all my choices will have some effect in the long run, unlike some Telltale Games which are a little more misleading. 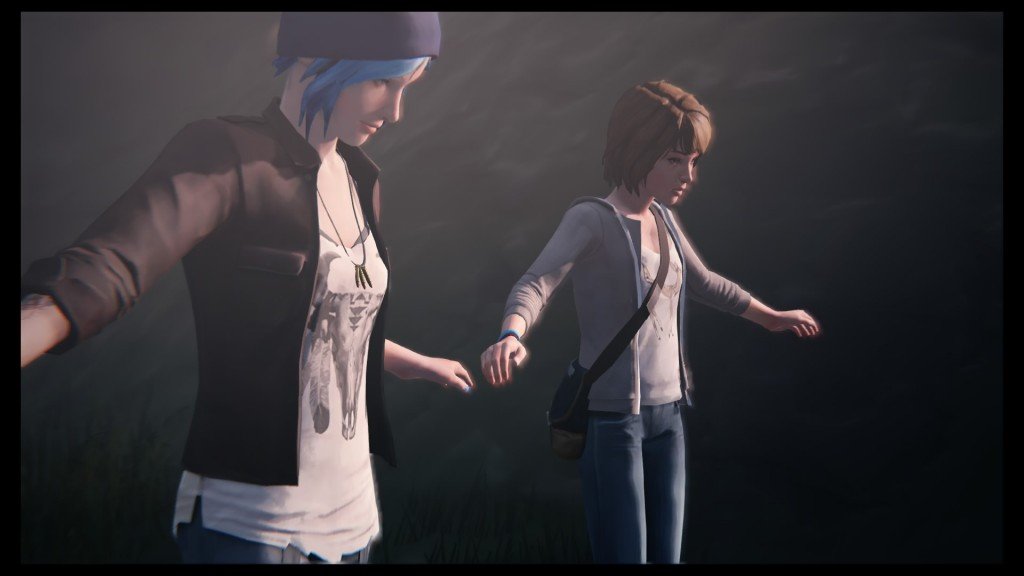 The real enjoyment in Life is Strange is discovering the characters intimately, whether that’s through conversation or exploring. I explored a junkyard with a shack that clearly Chloe and Rachel spent a lot of hours together. It was a room that Max felt uncomfortable being in, and through her, I felt like I was overstepping boundaries as well.

Life is Strange does a great job at presenting the atmosphere they want you to experience. There are multiple times you can sit still and do nothing. Few games are created with that idea in mind, and Life is Strange takes that concept throughout the episode. This affects the gameplay and story deeply.

You feel calm and peaceful playing through Life is Strange, right up until something crazy happens. It’s a hard right-turn to what you were experiencing only seconds earlier. These sharp contrasts make the powerful moments hit you even harder. That’s not defending the boring gameplay moments. Those are still annoying and can take you out of the experience. I’m complimenting the peaceful moments and how well that are achieved. Along with the part they play in the equally well presented eventful moments. 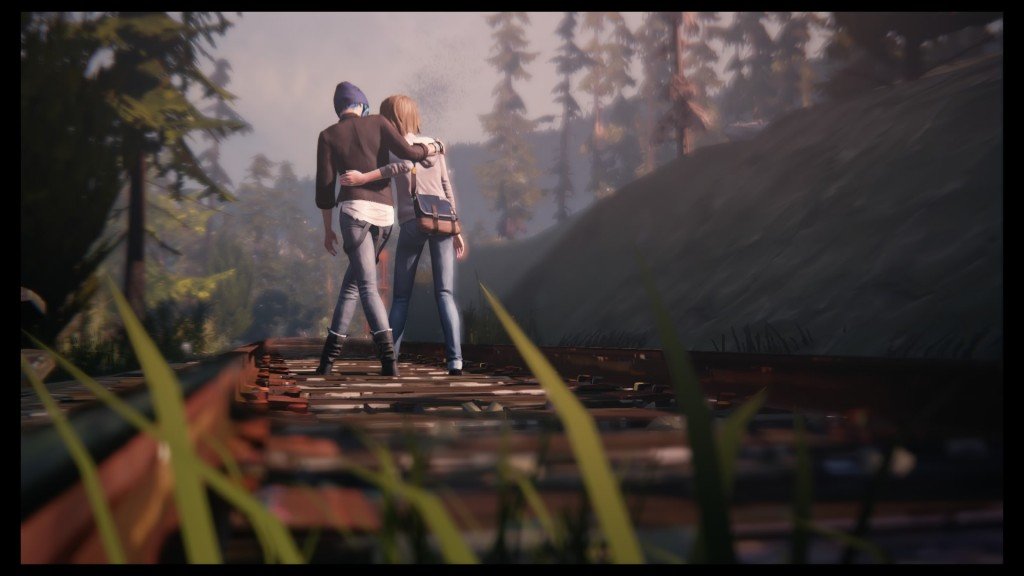 On the overall story, Out of Time doesn’t really advanced the plot further besides introducing a character that – as far as I can guess – will probably play a major role down the line. Other than that, this is more about introducing more characters and their connections. The way this episode ended has enough to hit me hard and get me excited for the next one. It showed me my choices really matter, and I need to think carefully in some instances.

Yes the lip syncing is still pretty bad, and the writing is also hit-or-miss like the last episode. The thing some characters say are laughable, but a majority of the bad voice acting and script happens when conversing with a side character. Chloe and Max’s conversations still felt genuine to me. It’s their interaction that can singlehandedly make or break Life is Strange. 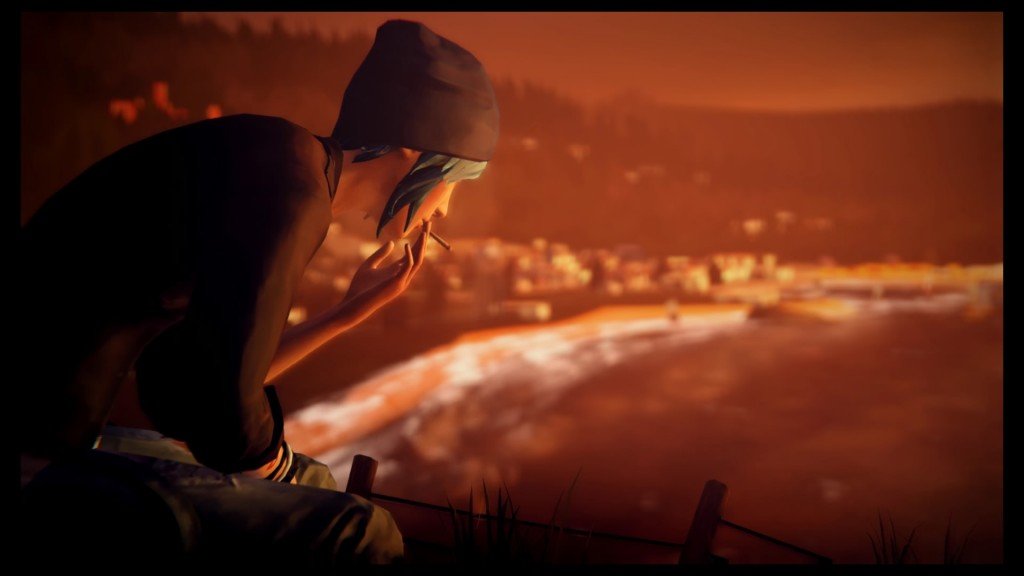 Out of Time isn’t as good as the first episode when it comes to gameplay and plot advancement. There are boring moments that drag on far too long, but it also deals with some very real issues people face today and the consequences that can come with them. I enjoyed Out of Time, and I am looking forward to the next episode. There is still plenty of mystery and intrigue for me to uncover in the town of Arcadia Bay.