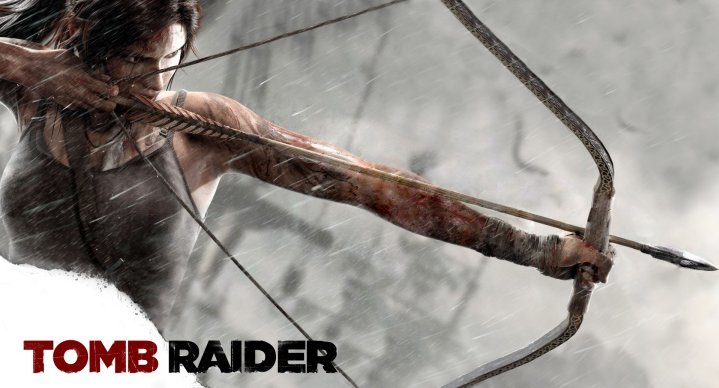 The developers of Tomb Raider definitely went soul-searching for Lara Croft and they must have found her in a darker place than usual. Instead of essentially picking up Lara from a Hooters wet T-shirt contest to star in her latest game; we have her attempting a terrifying escape from a cursed, evil infested island. For the kind of girl Lara Croft was, you won’t find her here. What you have is a mature and more realistic approach to a franchise that once craved the wrong attention. You can say Lara Croft has finally grown up.

This thought comes out on the heels of the Tomb Raider: Definitive Edition where the franchise expands to the next-gen XBOX ONE and Playstation 4 consoles. The Definitive Edition may not add a bunch of new content (or any) but it does look pretty on the new toys, especially with her redone facial structure where she looks less like a young Catherine Keener (which is good either way). But that’s not what this is about. After playing and finishing the new Tomb Raider, I felt like the journey was one that I want to go on again, and also one I want to see expand throughout the years with this current incarnation of Lara Croft. 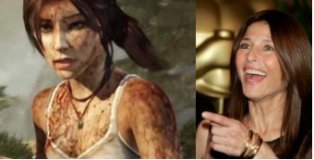 The first time I played Tomb Raider was on the Playstation, and I was in the high life of my non-dating career of high school. Meanwhile, Lara Croft, an expedition loving vaguely aged twenty/thirty something, was on her way to Peru searching for the Scion (not the car).

Now, she is eying her first tomb while I am home with a full-time gig and a child of my own. That’s what I like about Tomb Raider, I get older and she stays the same age…errrgh, younger? Badly butchered “Dazed and Confused” quote aside, I really love the progression Crystal Dynamics and Square Enix took on this once troubled series.

Regarding Tomb Raider, let’s be honest. Back when Eidos was crafting Croft’s basic identity, style, and visual appeal, you could tell they were going for an eye grabbing vixen that was addicted to the rush of adventure. You could also tell they were banking on the idea of sex selling and that whole aspect has probably pushed the brand even more so than her exciting tales in ancient dungeons. The egregious perverted-ness hasn’t been exploited to level of, let’s say, the Dead or Alive fighting game franchise, but the Angelina Jolie movie roles and skimpy outfits displaying her physical figure has positively affected the sales figures.

So, getting away from the naughty and moving onto the nice of Tomb Raider. I’m talking about the brain pinching puzzles, testosterone pumping adventure, deep exploration, and a whole lot of action inside of sacred atmospheres. Regardless of your sex, it’s cool to live through Lara’s passport and travel exotic exploits to try to discover new artifacts in foreign lands. She is a good and semi-believable vehicle to do so, even though she probably would have been bruised and bloodied up a little more. How her clothes stay intact and clean was as mysterious as the treasure down the torchlit hallway, but anyways that is one of the biggest jokes on video games in general. Sadly, at times the series disintegrated to make it feel like you were playing a game entitled “Barbie’s Bikini Cave Adventure” where the focus was completely out of whack. Bleh.

This is how we remember Lara, right? Scroll the page down! Your girlfriend is standing over your shoulder.

Enter Tomb Raider circa 2013. This reboot (prequel esque) is a unique and fresh take on TR as it looks back to her roots. Where more of the previous games were stories told on the outside of Lara Croft, this one directly flashes to her inner traits and true feminine character. What you see is a strong woman who is sensitive to her surroundings and, most importantly, the relationships she is attempting to preserve. As a mission I gave to myself, I played the original Tomb Raider and the new game nearly side-by-side to see how, where, and what correlates between the two outside of name and accent. I found a lot of growth and maturity that is now able to be conveyed to newcomers and fans of original alike.

Okay, I didn’t finish the original game this time around. I didn’t do it in high school either, but I would have if the game had not glitched on me after I made a save in the dungeon right before the last level (it’s a love/hate relationship with those floating blue crystals). This happened to me in the Prince of Persia for XBOX as well, though, luckily it happened in an earlier part of the game where I didn’t mind going back to the beginning. This time, however, I didn’t complete it because of a couple of other reasons.

For one, I spent most of the time playing the new TR which is just fabulous and was a strong contender for best game of 2013. Really damn good. The other main reason is that it is just clunky compared to where gaming is now. Tomb Raider for PSX is outdated, plain and simple. It holds up and is still playable, it’s just one of the original 3D games and suffers from its era, but it is a lot better than so many others from that time. It’s something that the AVGN would have screamed at for inadequate and illogical button design, camera inconsistencies, very touchy item pick-up points, and hard to calculate jumps. The name of the game is control. 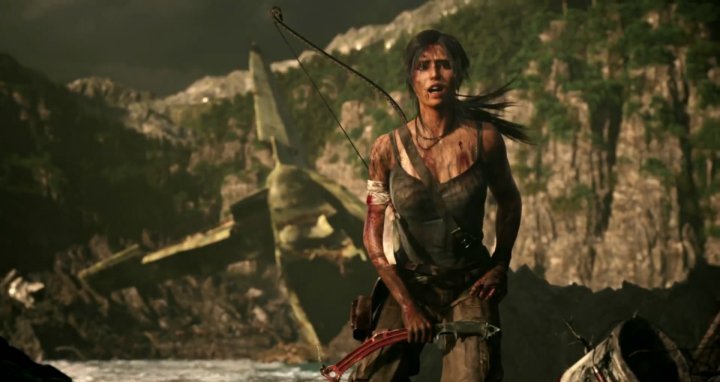 Doesn’t it look like she is screaming for Hugo from Lost? Geez, what a good show.

Where Tomb Raider classic frustrates, Tomb Raider current prevails. It should. The games are only separated by about 15 years, a couple of console generations, and the rise of overall standard in gaming. But this is not the difference I honed on, it spurned from a growth in story telling and the story itself. Maybe those chaps from Square Enix influenced Crystal Dynamics with all them pretty Final Fantasy games. I don’t know nor I do I really care that much. This TR inherits a good mix of Far Cry, Resident Evil 5, Arkham series Batman, the show “Lost”, and of course borrows from its own canon. The overall product is what gets my head nodding in appeasement.

Granted, the new TR definitely uses a lot of the gaming mechanics that are popular today and doesn’t reinvent the wheel on button layout, which actually makes this a seamless jump from most any AAA title to this one. You have your Batman stereo vision, the good usage of Quick Time Events (QTE), fast travel, and all of that jazz. The developers intuitively put together all of these components to reinvent the Croft instead. They did it as this new variation works really well. Even though the sales figures are lower than anticipated a sequel is in the works (4 mil sold versus the 5 mil expected). This new Lara outshines the old one by showing her inner grit and personal strength without sacrificing her femininity as sex appeal. 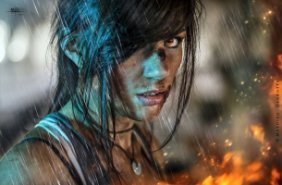 You see, Lara Croft was outdated as well. She was less of the deep thinker type and more of the rock ‘n’ roll, shoot’em up, and reckless icon with confidence oozing out the khaki short shorts. She may have come up a little shallow but Lara Croft also came off as a badass.

After playing twenty minutes you are reminded that Lara is still a badass but with many more dimensions this time around. If Lara was a real person, she could be a person to look up to and not just a faceless renegade caricature of Duke Nukem with boobs raiding a tomb. Think about it, Boob Nukem.

This turned out to look like a PSA on why I love Tomb Raider but really it’s more of a “you gotta play this game if you haven’t yet” piece to read. The game itself handles perfectly but you could read that in a review, I just wanted to let you know that somebody is paying attention the person and not just the game. The Multiplayer isn’t anything to talk about (another new age module implemented though TR wasn’t successful at all with it), but playing through the story again or just going back to find the hidden goods are fun enough. Tomb Raider does a good job of driving on your emotional side of gaming, either in feeling the hurt of loss amongst your group or in the high tension of being chased and then climbing a radio tower to its dizzying peak.

That’s what I truly love about Tomb Raider. Lara Croft is not taking us on an external travel throughout the world, mainly because she is trapped on a cursed island; however, it is more of an internal voyage to the depths of her perceived soul while traversing along the murky and diverse terrain. Lara lays everything on the line for the people she cares for and we are right there with her to watch it unfold.

And hey, she is soft on the eyes too.