Fresh off the presses at Koei Tecmo comes Ar Nosurge: Ode to an Unborn Star, the prequel to Ar Tonelico and sequel to Ciel Nosurge. While all of these games have funny names and they are all rather different from one another, Ar Nosurge turns out to be an enjoyable adventure despite the series being kind of all over the place. In Ar Nosurge, aliens have taken over the human race and the plot revolves around a war on Earth. On one side, you have those that support the aliens and the other are those that oppose them. It sounds rather simple, but things quickly take a turn as the game unfolds. 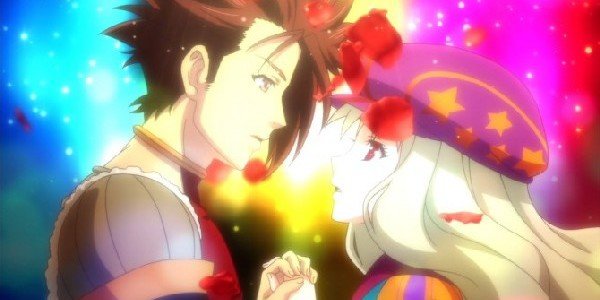 The first thing you’ll notice about Ar Nosurge is that the story relies heavily on the previous games in the series. There is a lot going on in this game from a narrative perspective and the other games in the franchise helps give this game context. If you are just looking for a JRPG to pick up and dive in, you may find yourself getting lost in all the events going on at once. To make matters worse, there are a number of graphic novel elements in the campaign that require you to make choices. These choices will have consequences further down the line. Since the story is a continuation of the franchise, you may make unintentionally bad decisions because you don’t know how everything fits together yet. Starting over, or at least making this story more independent, would have made this game much easier to approach than it currently is.

With that aside, Ar Nosurge is really a different JRPG than your standard game. It still has many of the same characteristics of other JRPGs like companion matching and large, expansive storylines, but Ar Nosurge puts a spin that gives this game a unique flavor. For example, the game’s protagonist; Delta, has a number of female companions as he traverses the world. Delta has the power to enter their minds and chain his attacks with theirs. Depending on your relationship with that female character, the power of the attack can vary. You level this relationship up by talking to them outside of a battle, not too different than a dating simulation game. While leveling relationships between characters isn’t a new concept, the way Ar Nosurge does it is certainly unique. 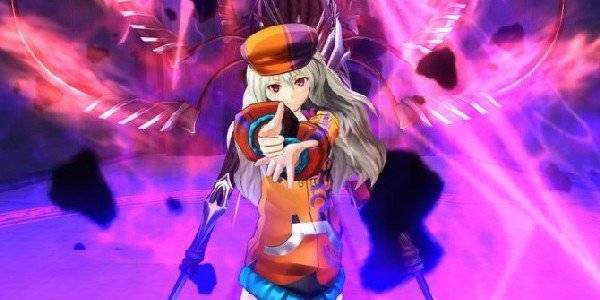 The battle system in Ar Nosurge is easily one of the most unique parts of the game. It is still turn-based, as other games in the franchise was, so if you love those games, this will scratch that itch. There are a ton of weapons to use, magic attacks to execute and chain attacks which was mentioned above. The game does resort to grinding at times, especially since you fight waves of enemies all at once. Going through wave after wave tends to waste a lot of time but there is a nice variety of enemies to face. Overall, the battle system has a nice flow to it and it keeps things relatively simple without making you learn a bunch of new mechanics or overly complicated systems. There is also a leveling system which works well and keeps things simple. It sets up a nice power curve for your characters that gives you a fairly steady and even power build up. Again, there isn’t anything flashy or complicated. It keeps things simple, it works well and that is what is most important.

If anything, this game may be too easy at times. There are a number of fair-safes in place that take a lot of the challenge out of the game. You can pretty much block all attacks just by holding the circle button, most battles can be won in a single round where the enemies won’t even take a turn and finally you can unleash your Song Magic at any time. Song Magic is a special kind of magic that does a devastating amount of damage and clears the screen in one shot. While knowing that you are not easily defeated sounds good, it tips the scales in the favor of the player a little too much for our taste. A little difficulty goes a long way and in Ar Nosurge’s case that balance is a little off. 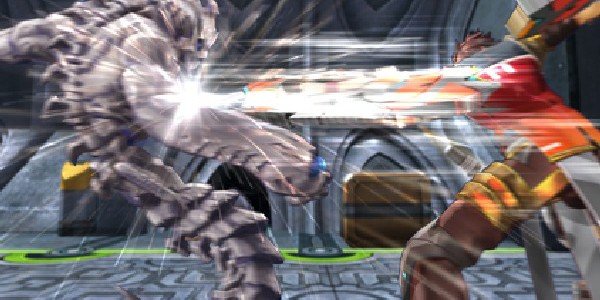 From a visual perspective, Ar Nosurge looks great on the PlayStation 3. The animations are smooth and the overall look of the game is solid. It still has the standard anime look that most JRPGs have, but it adds cell-shaded effect which really stands out against the competition. The most impressive visual features were used in the battle sequences, especially when you execute magic attacks. While this game does tend to fall back on those tried-and-true anime features from time to time, it does a nice job of keeping a fresh look to the game without taking anything too far over the top.

In the end, Ar Nosurge is a decent JRPG with a massive story to experience. We do not recommend you just buy this and jump in if you don’t already have an idea of what has happened in the story so far. Once you get past that hurdle, the rest of the game is fairly easy to get a hang of. It looks great on the PlayStation 3, and while it may not always give you a run for your money, it still has the potential to give you some fun. There is a ton of game to get through here with a lot of reading, so be prepared for 100+ hours of Ar Nosurge. While this isn’t something we’d recommend to every JRPG fan out there, chances are that you already know if you want to play this game or not. For those people, we officially give the green light.

This review is based on a review copy of the PlayStation 3 version of Ar Nosure: Ode to an Unborn Star developed by GUST published by Koei Tecmo

Did you like this? Share it:
So Much Story, So Little Time | Ar Nosurge: Ode to an Unborn Star Review
Overall Score7
Positives
Negatives
7Overall Score
Reader Rating: (0 Votes)
0.0