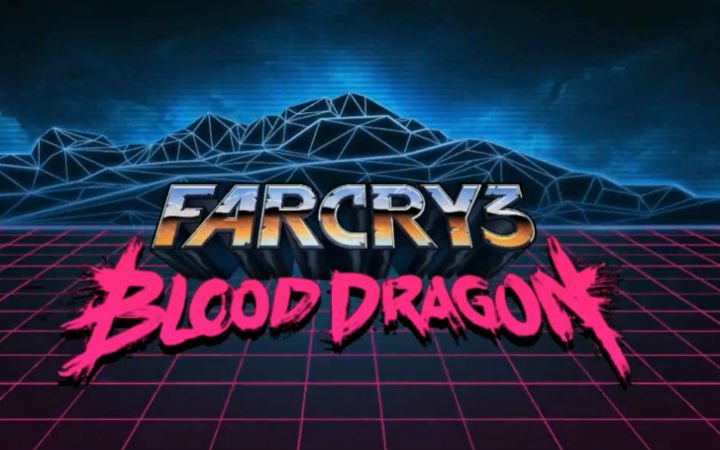 You have to give the folks over at Ubisoft credit; they took a great game, gave it a new twist and produced something boldly creative and unique. It wasn’t an easy task, especially when you consider that Far Cry 3: Blood Dragon was vulnerable to becoming yet another FPS clone in the crowded first person shooter genre. Instead, Far Cry 3: Blood Dragon is a game that feels like Far Cry 3 at its core, but offers a new, exciting and just plain fun pseudo-expansion that dares you not to fall in love at first sight. If you like the idea of an 80′s action hero causing absolute mayhem in a VHS-era vision of the future, that is what you can expect from Blood Dragon.

In Blood Dragon, you play as Sergeant Rex Power Colt, a cyber commando super solider. The year is 2007 and the world has been decimated by nuclear war. You and your partner are you on a recon mission to gather data. While you hack the mainframe you learn that your old commanding officer, Colonel Sloan, joined the dark side and wants to take over the world using his battalion of killer cyborgs. It is up to Rex to stop his evil plot, save the girl and kill all the bad guys. Make no mistake, Far Cry 3: Blood Dragon is as cliche as it sounds, but that doesn’t stop it from being a good game. The game is meant to be played with a tongue-in-cheek attitude, and especially if you grew up in the 80′s or 90′s, Far Cry 3: Blood Dragon is going to appeal to you.

Blood Dragon is a stand alone game that does not require Far Cry 3 to play. The decision to make this a stand alone title makes the game much more accessible to anyone wanting to play, without an additional game purchase. Despite the stand alone nature of Blood Dragon, there are a number of elements that the two games share including animal hunts and enemy base raiding that present this expansion as a smaller-scoped Far Cry 3, rather than a game that completely separates itself from the core game. However, as similar as the core gameplay is between the base game and expansion, there is plenty to love on the exterior. Blood Dragon is a loving tribute to the 80′s era electronic media. It takes inspiration from movies and video games at the time and creates an experience that ultimately, is just fun to play. Whether it is the Arnold Schwarzenegger style one-liners or the Tron-like atmosphere of Rex Colt’s world, something here is going to feel nostalgic for you.

From a visual standpoint, Blood Dragon really shines. The use of bright neon highlights against the dark, brooding environment really stands out and looks great. Everything has a glow around it and the effect just oozes 80′s science fiction movies. However, as interesting as the environment is, the single player campaign has you fighting underground quite a bit. The constant use of the underground bunker setting just gets repetitive quickly. It would have been more appealing to vary the campaign a bit more to show off the interesting aesthetics already used everywhere else. Always having to clear rooms next to computer stations seems to under-utilize the power that Rex has. With all the ways Rex can take out enemies including melee attacks and powered up weapon blasts, using these attacks are better suited for areas with more space.

Adding to the cool factor, the weapon system is another strong feature in the game. Each weapon has a number of upgrades that are unlocked by completing a quest. These quests are unlocked by liberating enemy garrisons. You don’t get to choose what to upgrade you earn or have access to all the quests at once. The upgrade quests are already pre-determined by the garrison you conquer. This does require some upgrading hunting to get the combinations you want to play with first, but it doesn’t get in the way of enjoying the game. Once you finally fully upgrade a gun, you become a force to reckon with, as if you weren’t already one to begin with. If you really want to have some fun, we recommend looking for the quad-barreled shotgun with explosive ammo, it is simply devastating.

The soundtrack to the game was done by the group Powerglove and serves as a perfect compliment to the game. The score is mainly composed of heavy synthesized drum beats with keyboard loops. You almost swear that “Final Countdown” is going to break out at any moment. Either way, the score sounds great and helps to set the tone. It is just another testament to the thought behind the game and how the developers wanted to immerse you in this futuristic retro universe.

One of the best additions to the game are the blood dragons themselves. They are extremely powerful and can prove to be a useful tool for controlling the enemy. They roam the landscape and are generally quite aggressive but Rex knows exactly how to manipulate them. By ripping out the cyber hearts of Rex’s enemies, he can lure the dragons to the location of his choosing including enemy garrisons. Once unleashed, the blood dragons destroy everything with a swipe of its claws or the blast of its laser breath. It makes quick work of anything in its way. It is quite a bit of fun to lure a dragon in the middle of a group of soldiers and have these beasts do your dirty work.

While it is easy to write this expansion off as a re-skin of Far Cry 3, there is much more here than just the visual appeal. If you ever loved an action movie on VHS tape, Blood Dragon has something for you. Whether that be over-the-top action, cheesy one-liners, a neon-highlighted, nuclear-devastated future or a sound track fit for Europe‘s next album. Sure the game is not without its faults but in this package you are getting about 15 hours of entertainment for about 15 dollars. No matter how you slice it, it is worth every penny.

This review is based on a review copy of the PlayStation 3 version of Far Cry 3: Blood Dragon by Ubisoft.