XCOM Enemy Unknown is a turn-based strategy game made by Firaxis Games and published by 2K Games. Assuming control of the commander of XCOM, an elite force sanctioned by the world’s governments to fight off an alien menace, the player participates in two different game modes; the battles against aliens, and managing their base of operations. Both modes are equally compelling and interesting in two very different ways. 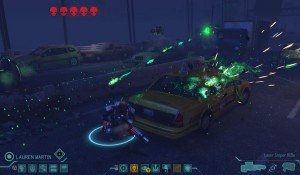 Battles are turn-based and take place on an isometric map with destructible elements. There are a wide variety of maps, varying from nation to nation. The type of mission being conducted can also influence the type of map the player will play on. The player controls a team of four to six members, who are each given around two actions per turn. After the player’s turn, the computer controlled aliens take their turn. If the player hasn’t located any alien presence on the map, their movements are not visible, and the cycle continues on. Typically, movement is done by moving the team from one source of cover to another. Just about every piece of cover, from walls to trees to rocks, is destructible, which requires the player to move their units periodically during combat to find more cover. Unfortunately, sometimes movement on the maps can be difficult, as the camera can make selecting the correct tile difficult. This is especially frustrating when the player tries to choose a tile on borders of the map, such as at the side of a building.

After battles, the player is brought back to their headquarters. This portion of the game is presented as a sort of ant-farm map, as the base is constructed underground. Here, the commander can instruct his team of scientists and engineers to embark on new projects. As the scientists research new technology, the engineers can build new facilities or manufacture new items with which the player can equip their team. Research projects unlock as the squad returns from missions with debris and recovered technology from alien ships, which in turn unlocks new manufacturing projects. 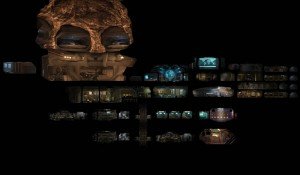 Research and manufacturing can take awhile, so the player can speed up time by scanning for alien activity, effectively progressing time until something interesting happens. Typically, this ends with the discovery of alien abductions in progress. The game presents the commander with three different missions with different rewards. Each mission is located in nations in varying parts of the world. The XCOM squad can only participate in one mission, and the other nations will have to suffer. Nations that are ignored have their panic levels rise. Once a nation’s panic level is at it’s maximum long enough, that country backs out of the XCOM project and takes their funding with it. If XCOM loses too many countries, the rest of the world follows suit, and the game is over. Panic levels can be reduced by participating in missions and launching satellites over problem areas. Other mission types include shooting down UFOs, running rescue missions, and clearing UFOs that have landed.

At the beginning of the game, the alien invaders are far more advanced than the human XCOM team, and, as such, the team will suffer casualties. As the game progresses, the team encounters even more powerful aliens with better equipment and in greater numbers. As such, the player needs to ensure that the squad is equipped with the best, most powerful equipment. Injured soldiers will recover, given time in the infirmary. Squad members that die in combat are lost forever. 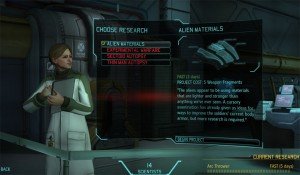 The single-player campaign plays as a sandbox-style game.  Most missions are randomly generated, but there are occasional scripted missions to keep the game interesting. The player is presented with a set of mission objectives to continue the story, but those objectives are mostly optional. The main story is quite interesting, and particular missions can fool the player into thinking the game is over and the world is saved.

XCOM Enemy Unknown also features a multiplayer mode.  Multiplayer pits two players against each other in a battle royale. Both players select a squad of six team members from either the alien forces or the XCOM team. Each player is allotted a particular number of points for their team, and each unit has a point value, which is spent by adding them to the team. This effectively prevents one player from loading their team with six of the most powerful aliens. Whichever player uses the least amount of points gets to go first and has two minutes to move their units around on the map, then the other player gets his turn. Each turn has a limit of two minutes, which keeps the match running quickly.

XCOM Enemy Unknown is a very enjoyable strategy game, and is a definite buy for any major strategy fan. Graphically, the game is beautifully stylized and has some great kill-shot moments. The game offers enough variety to the maps and missions that the player shouldn’t get bored easily. The only notable issue is that movement on the maps can sometimes be difficult, and often requires rotating the camera to get a better view.

This review is based on a retail copy of the PC/Steam version of XCOM Enemy Unknown by Firaxis Games, distributed by 2K Games.