Let’s face it: ceramics have not been any fun since you were in elementary school art class. With that being said, any school would never let a kid destroy those terrible pieces of art we all gave to our loving family members. Thankfully, the team over at RunnerGames has created an Android-exclusive game where these prized heirlooms can and must be destroyed. This highly 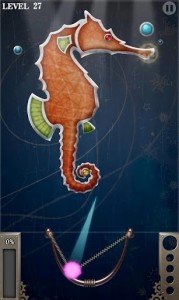 addictive and entertaining game is available for download via the Google Play marketplace.

Ceramic Destroyer is a puzzle game where the player is given several different kinds of bombs to completely destroy the object given to them. Players must destroy 90% of the object in order to move on to the next level. There are seven stages with more than twenty levels in each stage. The sheer amount of levels provides gamers with hours of varying game play. To keep the game interesting, there are several different types of bombs. When the game introduces new bomb types to you, there is a tutorial that explains how to get the most out of the explosion. Some of the bomb types include a standard bomb, which you simply direct to the desired location and as soon as it makes contact it detonates. There is also a bomb that will split into three smaller pieces to cover a larger area. However, the most impressive bomb is the one that you can control where it goes. Simply swipe across the screen to place the bomb in the perfect location. The variety of bombs helps 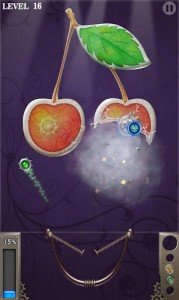 to change up the game play, and it makes the players think about how they are going to approach the puzzle given to them. Once the difficultly starts to increase, the developers have graciously placed nodes on the screen that, if destroyed by a blast, will refill your ammo or provide a larger explosion on the screen. Remember, 90% of the object must be destroyed in order to move on to the next level, so place your blasts wisely.

The controls are simple and effective. At the bottom of the screen, there is a slingshot type mechanism that the bombs are loaded into. Point the slingshot in the general direction you want, pull the string back, and watch the bombs fly. Most of the bombs in the later levels require some sort of user interaction, whether you have to touch the screen to make one bomb three, slide your finger to maneuver a bomb where you want it, or tapping the screen to place mini-bombs. No matter what action you perform, the game responds quickly, so you’ll never have issues with the controls. 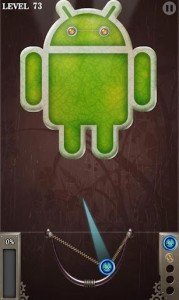 Ceramic Destroyer also has a wonderful soundtrack. The background music is pleasantly noticeable and easy on the ears. Additionally, the explosions sound realistic ,which really adds to the experience. Also, when the bomb leaves the sling mechanism, it makes a funny sound. As a whole, this game has an excellent soundtrack and sound effects, which adds a great deal to the overall experience of the game.

The game does not have any obvious flaws, which is refreshing to see; however, some gamers may feel that gameplay can become repetitive or stagnant. The development team has done a great job at addressing this issue, adding depth by changing the obstacles and giving the player a wide variety of weaponry.

RunnerGames have a sure-fire, Android-exclusive hit on their hands. Be sure to check out their eight additional titles, all available for download via the Google Play marketplace. Ceramic Destroyer has fantastic background music, varied and engaging gameplay, and lots of different weapons to experiment with. It is worth the minimal space on your device. Today, we give Ceramic Destroyer 9 out of 10 art class projects destroyed.