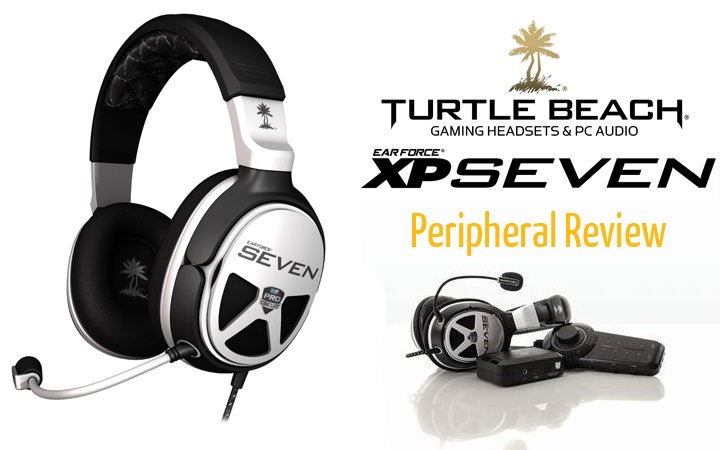 Turtle Beach is known having some of the best gaming headsets in the business. There is a reason why Major League Gaming uses them more than anyone else. The time has come for Turtle Beach to release a new premium console headset that was designed to take your game to the next level. That headset is known as the Ear Force XP SEVEN and it turns out to be one of the best headsets on the market today. It combines quality, craftsmanship, features and function to create a headset that surpasses all others. If you’ve been looking for the perfect headset, the Ear Force XP SEVEN comes as close as we’ve seen before.

The sound that is produced by this headset is really second to none. The headset features a set of 40mm drivers that sound as good as the best headsets on the market. However, as great as the speakers are, there are several sound related features that set this headset apart from the rest. First off, this headset is Dolby Digital compatible. You can connect this to your console via an optical cable and that is always a great choice to getting the most out of your headset. The XP SEVEN also contains a digital signal processor. This allows you to customize your game, chat, and mic signals in real time. You can change the volumes and presets for each channel independently from one another. If you want to enhance the bass of the game, adjust the mid-level channel of the chat and change the mic settings, you can do it all at once and without the need to restart, play with software or start manually adjusting settings. Everything you need is in the inline controller and it works like a dream. This is easily one of the best headsets we had the pleasure of hearing and playing with and we see why it is the official headset of Major League Gaming.

The features are where the Ear Force XP SEVEN really shines. The XP SEVEN includes a removable, reticulating mic that is the best boom mic we’ve ever used. Similarly designed mics tend to not stay in place, but for some reason this mic stays exactly where you put it for as long as you need it there. It is also directional so it doesn’t pick up a lot of background noise that most mics pick up on. As far as the inline controller is concerned, this is also one of the best inline controllers we ever seen. It is rather big, so clipping this to your shirt isn’t an option. However, you have complete control over your audio experience from the controller. There is a large volume knob which was easy to adjust without having to look for the controls. If you don’t want to use the knob, there are several preset volume buttons at your disposal, simply press a button and it is changed. This controller also independently controls every channel of sound including the game, chat and voice volume. With the press of a few buttons, your volume levels are perfectly adjusted.

Perhaps the best feature of all is the fact that the XP SEVEN is a universal headset. Even better is the fact that this set up comes with every cable you’ll need to plug it in to any system you want. This headset is literally compatible with every gaming platform out there, even your cell phone. The flexibility of this headset is immense and makes this package much more valuable than it would have been had the system only worked with one console.

Finally, the XP SEVEN is designed for team play and with that comes some aesthetic options. The speaker covers on the outside of the ear cups come off and players will be able to choose from several pre-designed options to replace them. In a short time, players will be able to design their own covers to reflect their team or personal style. There aren’t many, if any, headset out there that you can customize with your own logos or artwork. Thankfully, the XP SEVEN allows anyone the ability to put their own design on their gaming hardware.

At an MSRP of $279.95, the Ear Force XP SEVEN is a very expensive headset. At this point in the console’s life, the headset will cost you more than the console itself. It is hard to say that the headset is not worth the price when you consider what you are getting for your money. It is hard to find a headset that does what the Ear Force XP SEVEN does as far as features are concerned. This is a premium, tournament quality headset so it isn’t for the budget conscience gamers. Even with that said, we still feel the cost high.We felt that considering how late we are in the current generation and considering that this headset is not guaranteed to work with the next generation, it is hard to ask a gamer to spend this much money. While it is great that this headset works with most consoles today including the PS3, Xbox 360, PC, Mac and has the adapter to use it with your phone, the gamers that are going to invest in a headset like this are switching to the next generation soon. Having something that is guaranteed to bridge the gap would have made more sense at this price point and made it a better value overall. Again, while we can’t say it isn’t worth the price, it is a lot to spend for a headset that will become obsolete soon. 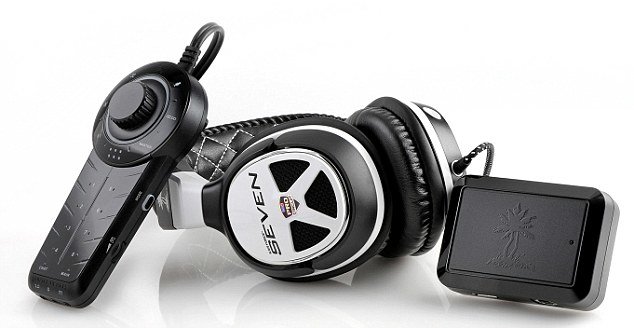 The Ear Force XP SEVEN is a fairly easy headset to set up and the instructions that come with it are rather good. The headset is powered via USB, so there is no AC adapters needed in the installation. This limits the power of the headset, but anything that doesn’t need more electricity is a good thing. There are only two cables that plug into your console, and all the cables you need are included with the headset. You won’t need to get anything extra or order additional cables. This made the headset extremely easy to use and set up. You simply decided where you were going to use it, grab the cables you need and plug it in. There was no software or additional set up required so the headset simply worked.

The Ear Force XP SEVEN was also a fairly comfortable headset to wear. The ear cups and headband both featured a faux-leather finish with memory foam lining. It did a nice job at deadening the ambient noise while keeping the sound you want next to your ears. The headset also features several points of articulation so there is some level of fine adjustment built into the headset. The Ear Force XP SEVEN doesn’t fold which makes the system difficult to transport, but chances are you’ll be keeping these next to your system so you won’t need to move them much. We did find that the headset does sit rather tightly against the head. It does do a better job at isolating sound, but it does get rather uncomfortable to wear after long periods of play. Those with smaller heads will probably not experience this as much as those with larger heads, but it is worth noting. Aside from the tight fit, the headset is very comfortable in most situations and earns our recommendation in this department.

Turtle Beach is known for making a quality headset, as we mentioned earlier, so there should be no surprise that this headset is a great headset. However, the XP SEVEN far exceeds even the highest of expectations. It is a tournament grade headset and it was designed for the gamer in mind. It is a little pricey, but even at that price, this is headset to get. Whether you prefer style, function, feature or all of the above, the XP SEVEN exceeds in all categories. This is truly the best headset we’ve ever reviewed, and though it has a few minor faults, it is an amazing headset.