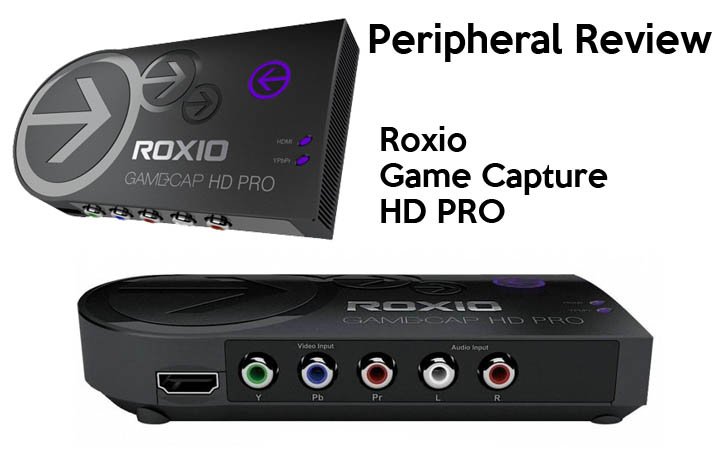 Few can deny that video driven content is exploding in popularity. From LiveStream to YouTube, people are getting out there and recording their gameplay and droves of people are watching that content. That is why it is becoming more and more important that if you want to get involved in this new phenomena, you choose a good method for recording your gameplay. Luckily, Roxio has stepped up to the plate and given us a new solution to recording gameplay. Introducing the Roxio Game Capture HD PRO. This device is designed to sit in between your gaming console and your television while plugged into your PC for recording. That all sounds great, but does it work? Read below for our review.

The Roxio Game Capture HD PRO has a number of great features that allows gamers to connect with their live audiences easily and effectively. The Roxio Game Capture HD PRO allows gamers to connect their systems to the device using both composite cables or HDMI. Xbox 360 users will be able to advantage of both connection types; unfortunately, PS3 users will be forced to use composite cables. While this still produced an HD signal, the quality is just not as good as HDMI. This makes this device great for Xbox 360 gamers, but just okay for PS3 users. However, the software provided with the device is excellent and includes a simple after-effects suite. It lets you take your raw footage and add music, add an intro, and transition from one video to the next.

The last great feature of this device is the size. The Game Capture HD PRO is very small and will easily fit behind any gaming setup. It also maintains a very low profile, so if anyone is still using an HD PVR will notice a vast increasing in the amount of space they have after upgrading. This is definitely a great option for those with space requirements.

Those that are looking into this unit should know that this device does not include HDMI or composite cables. If you don’t have extras laying around, you should factor in the price of cables. 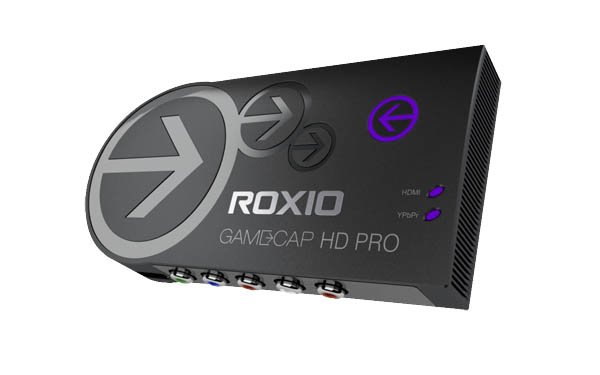 The Roxio Game Capture HD PRO is one of the best HD recording option on the market today. With a retail price of $120 USD, finding a better deal than that is going to be difficult without sacrificing features or quality. Even with its HDMI shortcomings, if you want to record HD and don’t want to spend a ton of money, this device is a great deal. Granted, there isn’t a large difference between this device and the next most expensive unit, but a couple of dollars can mean the difference between getting a new game and not getting one. If you are on a budget, we couldn’t recommend this unit enough.

The Roxio functions exactly as you would expect it to. It is pretty much a plug and play device. The software installation was very easy, there was no intrusive software installed, and the unit worked without much coaxing, as long as you had the right cables. However, you should know that you can’t play the game and record on the computer you are recording on. You should still plan on viewing your game through a different monitor. We tried playing the game through the PC monitor we were using to record and we found quite a bit of signal lag. Luckily, this did not lag the game, it just made us watch the console feed instead of the PC feed. This really wasn’t a big deal for us, but if you were looking to pipe everything through to your PC, this may not be the option for you.

As long as you have all the right cables and meet the minimum recommended specifications, the Roxio Game Capture HD PRO is extremely easy to use. The installation guide was clear and it only involved using two extra cables from your standard PS3 / Xbox 360 installation. The unit is powered via USB, so you don’t even have to worry about a power cable. As far as an easy installation is concerned, it doesn’t get much easier than this. If anything, this device makes it easier for entry level gamers to get their gameplay on the service of their choosing, and that can only be a good thing.