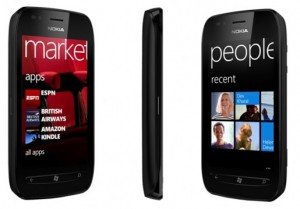 New Gamer Nation is back with our second review of a cell phone as it relates to gaming. Today, we focus on a review of our first Windows Phone 7 device. Nokia is attempting to resurrect their status as a major player on the phone market. To climb back into the smart phone market, Nokia has decided to drop their own OS product Symbian in favor for Microsoft’s newest OS. Nokia is now attempting to bring Windows Phone 7 to the masses, and their first attempt to do so is on the entry level Nokia Lumia 710. New Gamer Nation will be reviewing the Nokia Lumia 710 for T-mobile.

With this being an entry level smart phone, one may think that Nokia would have left users wanting more from the screen in terms of color or brightness. However, this is not the case. Nokia has done a good job at making sure the screen has adequate brightness and a strong color representation. Players will be able to notice the most subtle differences from character to character. The screen is only 3.7 inches when measured diagonally. This does not leave a ton of room for game viewing, if the controls are on screen. Overall, the screen is above average for the price point of the phone.

The Lumia 710 is running Windows 7.5 Mango out of the box. This is the most current Windows OS available. While this OS is completely different for any phone out there, most users will find it familiar because it resembles the layout of the Xbox 360. Also, Microsoft will streamline this look with the release of its next computer OS. Now for the negatives, the phone shipped with a 1.4 QUALCOMM Snapdragon processor. While the OS is less obtrusive than Android or iOS, the stock single core chipset will leave phone addicts wanting more. It is almost obsolete already. Although, the chipset is subpar users will find Windows 7.5 Mango a worthy OS to the cell phone atmosphere.

The sheer amount of games available for download via the market place is significantly less than its Android and Apple counterparts. Additionally, users will notice a lack of some popular games like Angry Birds Space or 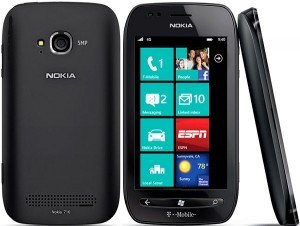 Temple Run. However, that barely lowers the because all Windows Phone 7 devices include integration with the Xbox 360. There are numerous Xbox Live titles available for downloading. Games with Xbox Live integration will allow gamers to pad their gamer score and unlock achievements while on the go. The integration of your Xbox Live account on our phone is a top notch experience.

The team over at Nokia has done a good job ensuring that this device ships with a strong battery. The phone is equipped with a 1300 mAh lithium ion battery. Users will experience a total of 7 hours of talk time. The average cell phone gamer will be able unplug their device when they wake up and make it until dinner before needing to give it a few minutes of juicing power.

Overall, this phone is not made for the hardcore cell phone gamer. But if you are making the switch from a flip or text only device to a smart phone this is a solid entry level choice. The Xbox integration is a unique feature that helps makes this device stand apart from the litany of Android choices or if you want to stand against the love affair with Apple.