In a previous feature, I discussed how the iPad is a lovely device for playing classic board games in a digital way. The large flat surface and strikingly crisp display provide developers with a unique opportunity to make classic games come alive. Blood Bowl for iOS, originally a board game from 1987, is one of the latest to try and adapt to the mobile marketplace. How does this “fantasy” football handle the transition? Well, the answer is a complicated one. 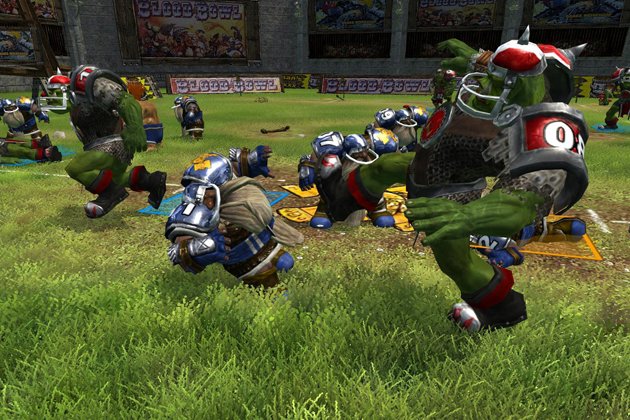 Blood Bowl on iOS just drips with the presentation of a port. The premise of the game is Warhammer characters in a fantasy parody of American Football. The menus have a resolution that reflect PC RTS’ of a bygone era, however the original game was developed in 2009, so one must assume this is a stylistic choice; so think Age of Mythology, but a little choppier and you’ll have Blood Bowl. One of the saving graces of the presentation is the hilarious announcers, as their satire and puns gives the game a bit more personality.

The soundtrack is strong, doing a suitable job of melding sports intensity with medieval instrumentation. Graphically, however, visuals aren’t where they should be for iPad game – especially on a retina display. Textures are a rough paste, and the polygon count in the individual players is low.

Priced at $5, Blood Bowl will try to up sell you on additional playable races for $3 a pop. With only humans and orcs to begin with, the variety is tempting, though this kind of content blocking seems unjustified for a game that’s already $5.

There are multiple modes to play through with Blood Bowl, including single player exhibition matches and a campaign mode. There’s also the multiplayer options of internet leagues and pass the tablet hot seat, which with two people who are already familiar with the game, this could potentially be great fun. 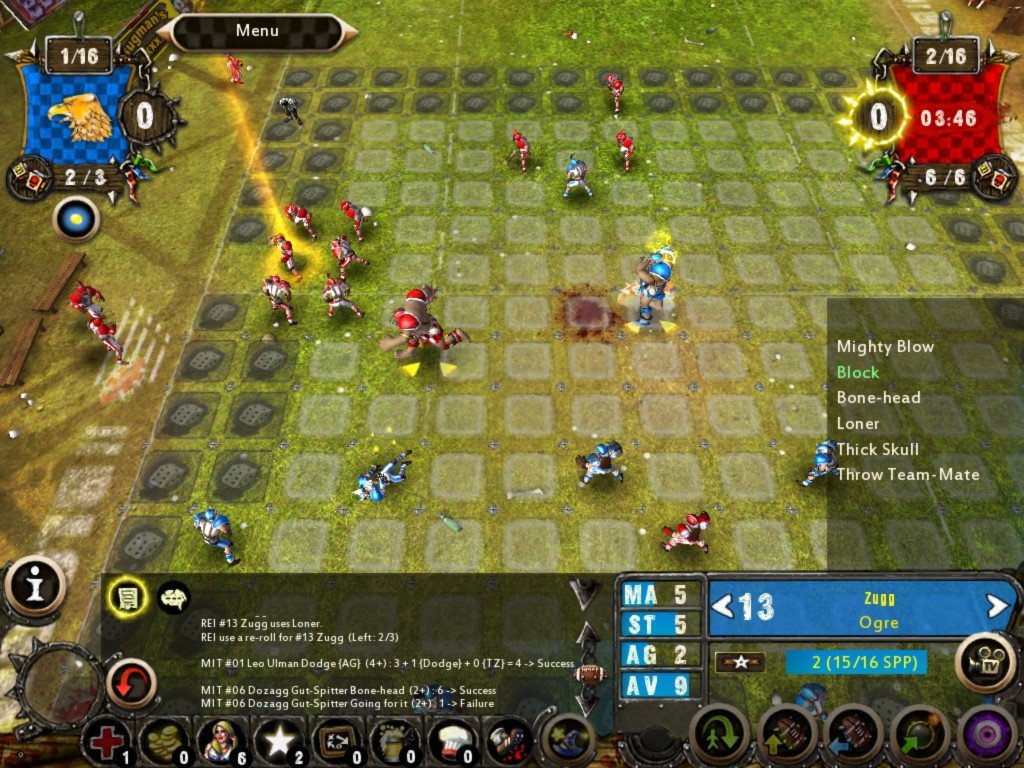 Gameplay wise, the review gets tricky. Blood Bowl at its core is a deep game with a heavy amount of specific rules and modifiers. Everything is turn based and laid out on a grid. One thing to emphasize is that familiarity with the sport of American Football will not help you here. During the tutorial, which I played multiple times, they often tell you to refer back to the guide-book. Unfortunately, the guide-book is not part of the game – trust me, I looked. The game has a steep learning curve and does a horrible job of educating a newcomer. Beyond that, the UI, perhaps a symptom of a port, seems sloppy on the iOS. Clicks and actions aren’t as satisfying, and I was often unsure if my characters had any available actions. This might not be an issue for someone who has been playing this game since the 80’s, but every single round I played, I found it hard for myself to win.

I always chose the easiest difficulty, but still I was creamed by the opposing team. My players would always drop the ball, lose tackles, and miss throws. Everything is based on dice rolls, but the game doesn’t actually show you these dice rolls, so thing again are very unclear. I could only find frustration with Blood Bowl, and it only made me feel unprepared through my entirety of play.

Depth is never a bad thing. In a world of throwaway mini-games, it’s refreshing to see something that requires patience and study. That being said, Blood Bowl is not user-friendly and it keeps you out of you’re not already in. This is the kind of review where content is far more important than the metascore. If you love Blood Bowl and are already familiar with it, this could be a decent way to enjoy it on the go. If you are the academic type and prefer a challenge, maybe Blood Bowl would appeal to you, too. To all others: best stay out, or prepare to get clobbered.

This review is based on a review copy of the iOS game Blood Bowl by Cyanide.