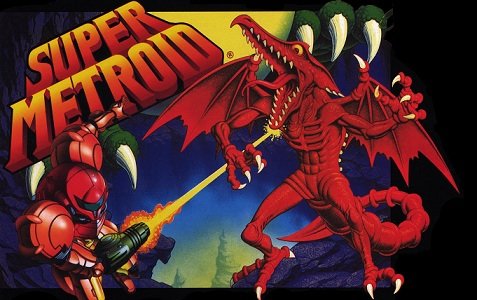 Well a ton of super games are coming to the eShop this week on the Wii U, and those games are Super Metroid and Super Ghouls’n Ghosts.  If that’s not enough Super Metroid has the super price o $0.30 cents until June 12th.  The 3DS also getting some pretty awesome titles like Mega Man 5, Swords & Soilders 3D and Harvest Moon.

The full eShop updates from Nintendo are:

Virtual Console on Wii U – New Releases
Super Metroid™ – Super Metroid was originally released in 1994 for the Super NES™ system and features beautiful graphics, a huge assortment of enemies and various worlds to explore. Considered one of the best video games of all time by critics and fans alike, the side-view action game introduces a host of powerful weapons and items to the Metroid™ series. Super Metroid is the fifth game released on the Virtual Console for Wii U to celebrate the 30th anniversary of the Famicom. For a limited time, the game will be available for only 30 cents.

Super Mario Bros. 2 – Mario™, Luigi™, Princess Toadstool and Toad™ embark on a quest together to save the day against the villainous Wart. Pick up items and throw them at your adversaries to clear levels in seven fantastical worlds. Each character has a unique set of abilities: Luigi can jump higher and farther than any of the other characters, Toad can dig extremely fast and pull items out of the ground quicker than anyone and the princess is the only one who can jump and hover temporarily.

Nintendo eShop on Wii U™ – New Release
LEGO® Batman 2™: DC Super Heroes – Batman and Robin team up with some truly super friends in this action-packed sequel. Experience one of the best-selling games of 2012 with new and enhanced game play using the Wii U GamePad controller. With help from other famous DC Super Heroes, including Superman, Wonder Woman and Green Lantern, the Dynamic Duo are in for a fight to put the notorious villains Lex Luthor and The Joker behind bars and save Gotham City. LEGO®Batman 2™: DC Super Heroes will release on May 21.