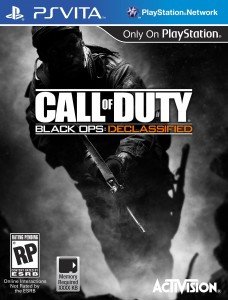 The Call of Duty brand is a bulky franchise. It’s bigger than anything else I can think of in terms of recognition and sales, and there can’t be a publisher out there that didn’t wish they had the games to themselves. Over the years they’ve seemed to only get bigger, and the Modern Warfare titles are the most popular first person shooters around.

There’s a Vita Black Ops game coming out some point soon this fall. Last year’s E3 gave us a title – Declassified – and this year’s E3 gave us a logo, a box-art and the first glimpse of information. It’s going to be a special ops style affair, with individual levels designed to fit the Vita’s mobile, short-burst play sessions. It’ll also have a multiplayer portion, as expected. A bit like Unit 13, in first person.

What we didn’t get from that Wal-Mart leak though, is the developer. And here’s where it gets odd: Activision are publishing the game, but Treyarch, one of the brand’s long running associates, doesn’t know who making it . Assuming the company’s spokesperson is telling the truth, we can perhaps then assume it’s not one of Activision’s studios.

Given that it’s a Sony platform exclusive, is there a chance that it’s one of Sony’s own studios that have taken the license and come up with their own game? Or at least helped? 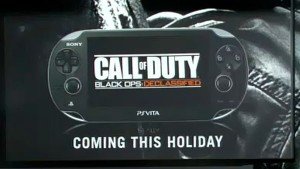