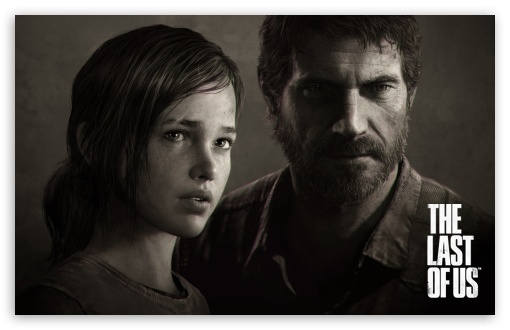 Naughty Dog surprised us with “The Last of Us” at the Video Game Awards (VGAs) 2011. No Nathan Drake or Victor Sullivan this time around. In The Last of Us, you will play as Joel, a survivor from what seems to be a spreading infection throughout Pittsburgh, Pennsylvania. Joel also has a younger companion, named Ellie, who will be controlled by the AI in the game. You will be fighting for survival from the infected and even other survivors. Survivors will be known to ambush and attack you for needed supplies, much like Ubisoft’s “I Am Alive”.

Naughty Dog announced that there wont be multiplayer added to The Last of Us, but I say, why not? Multiplayer could add a whole new element to the game and possibly raise the replay value on it by a lot. Naughty Dog has experimented with multiplayer before in the Uncharted series, and in all honesty, it’s a lot of fun to play. It increases the replay value of the game, and the overall fun of it. The Last of Us having multiplayer could be something unique and never seen before, or at least not in a long time.

A few ideas that I have had for The Last of Us multiplayer (If Naughty Dog does consider it, that is) was to make survivors vs. survivors, a game mode where both teams of humans fight for needed supplies, whether it be food or weapons. This game mode would be sort of like Capture The Flag. They could possibly put in a King of the Hill game mode where both teams fight for one base of shelter. And of course, an infected vs. survivors game mode; pitting the survivors against hordes of infected in a classic survivor style game mode. Many have considered the survivor mode as a sound implementation in The Last of Us, but immediately compare it to Treyarch’s Call of Duty mini game, Nazi Zombies. I say move over Treyarch because if Naughty Dog does consider this game mode, you’re going to have some competition.

To elaborate even more on multiplayer, players could have the choice to play co-op as Joel and Ellie with online compatibility and split-screen. While playing as the duo, it wouldn’t even have to be co-op campaign  (in case of spoilers for one or both players). Uncharted demonstrated this thought magnificently with a Co-Op Adventure game mode. In this game mode, two players are able to play characters such as Nathan Drake, Victor Sullivan, Charlie Cutter, and more. The players are given a mission that does not revolve around the main story, but you still receive an important objective that both players shoot their way through to complete. I think this mode would work great in The Last of Us.

These are just a few ideas I have for The Last of Us multiplayer, and I think that it will make the game a whole lot better than it is already going to be. I’m not saying that I wouldn’t mind an exhilarating solo campaign (that I know Naughty Dog is totally capable of bringing to the table) without multiplayer, but it’s definitely something that Naughty Dog should consider.