2015; it seems odd to be typing that but, here we are. 2015 is shaping up to be the best year for the current generation of consoles so far. Due to all the delays from 2014, this year seems to almost have two years worth of blockbusters hitting consoles. We are getting everything including huge triple-A monsters, million dollar Kickstarter projects, and small indie titles. With last year in the rear view mirror I’m going to be looking ahead at some of my most anticipated games of the new year.

The original Hotline Miami had so much going for it and Wrong Number only seems to be taking the original concept and making better in every way. The incredibly punishing gameplay returns turning the game into a fast action puzzle where one misstep can result in a baseball bat to the skull. One thing that made Hotline Miami such a great game for me was the 80s aesthetic and killer soundtrack that matched the tone of the game so well. The screen fills with blood splatters and contrasts with the stellar neon tones, creating a sort of violent masterpiece. This time around players will be able to choose from different characters all with different styles of gameplay, including duel wielding and even controlling two characters at once. Hotline Miami 2 may not be for everyone due to its ultra violent art and demanding gameplay, but it’s one I look forward to especially on PlayStation Vita. Now excuse me while I dust off my letterman jacket, throw on my pig mask and wait. 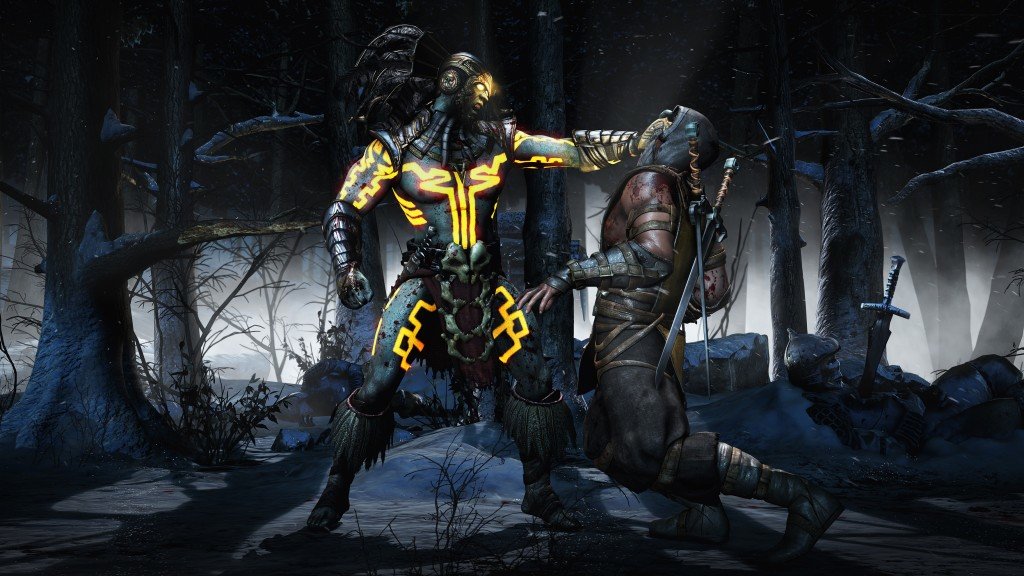 I’m huge fan of fighting games, so it’s no surprise that I’m excited to get back into the bloody world of Mortal Kombat. Mortal Kombat X is set years after its predecessor, but if I told you I played Mortal Kombat for the story you would think I’m an insane person. This however has impact on the fighters that will be introduced this time around. There are going to be some legacy characters like Cassie Cage, the daughter of Sonya Blade and Johnny Cage. Returning characters like the recently debuted Kung Lao will be sporting an older and more grizzled look then they once did. A huge gameplay mechanic this time around is the ability to choose from three different variations of a character. Want to summon a demonic minion to assist Scorpion in a fight? No problem. If that’s not what you want try beefing up Scorpions attacks with dual katanas. This will add incredible depth to the fighting mechanics making each variation feel unique in its own way. Of course I can’t talk about Mortal Kombat without mentioning the gore, which there is a lot of. Devastating x-ray moves can be pulled off mid match, which sport an x-ray visual style of what’s happening to your opponents body. Spoiler it’s not pretty. Fatalities are also returning and this time around seem to be more brutal and visceral then ever. All the spines and brain matter will now be in 1080p at a glorious 60 frames per second. Mortal Kombat X is bringing some new ideas to the fighting game genre while keeping its identity at the same time. Also Stryker needs to return, because he is the best. 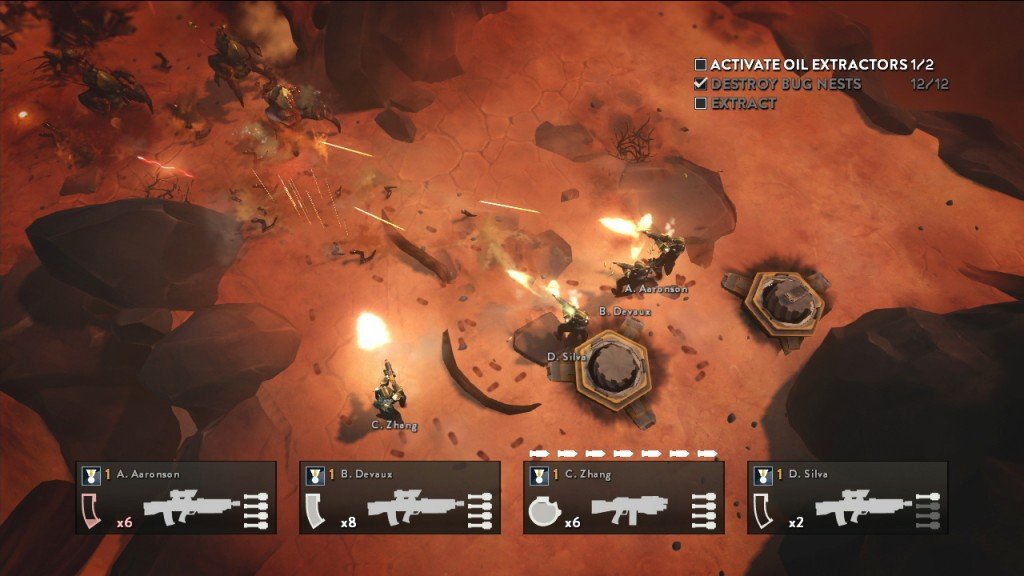 The first time I got my hands on Helldivers I had a huge smile streaking across my face and I don’t think it ever left. Helldivers is a top down shooter that can be played up to with four friends on the couch or online. What makes it unique is the chaos that comes every time you launch your hell pod to another planet. Each mission is procedurally generated making each mission play out different than the last. As well as being extremely difficult Helldivers forgoes the option to turn friendly fire off, this forces players to coordinate and communicate in order to survive. Surviving isn’t easy either. Giant bugs and cyborgs inhabit planets that are deemed threats by the Super Earth government. As a Helldiver your mission is to go in and exterminate these threats, without taking each other out first. Stratagems will aid you in your mission by giving players access to mech suits and air support. These work on a cool down system making some only useful a few times per match, where others like ammo drops and calling dead teammates back are much quicker. These are all called in by performing a button combo similar to cheat codes of old. This all happens in real-time making each encounter potentially nail-biting. Nothing is made easy in Helldivers, even the reload system requires management. Don’t expect an automatic reload, after each magazine is empty the player will have to manually reload to continually fire. There are also a variety of weapons to choose from, shotguns are devastating and can easy wipe out a hoard quickly. Where rifles and sub machineguns are better suited for single enemies. Helldivers never slows down and had me on the edge of my seat the whole time. There was many times where my teammates were counting on me to bring them back to life while I was trying to fight off an ambush of enemy bugs with only one magazine. I was disappointed that it missed its original release last year, hopefully they polished up everything that was needed and we get it early this year. 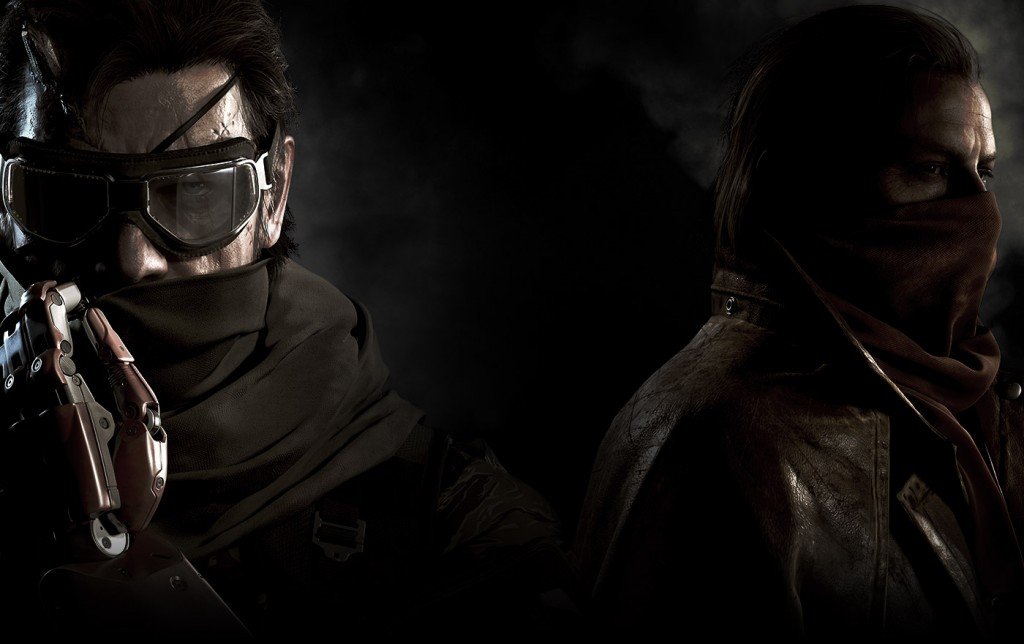 Bringing Metal Gear Solid to an open world is a bold move that I think will pay off. It lets the player have the choice on how to approach each section, opening open a variety of way that will fit all types of play styles. For the stealthy folk players can shoot out lights and use a number of ways to blend in to the surroundings including the famous cardboard box, now with upgrades. This time around shooting your way out actually seems like an option. In previous titles the  always seemed a bit clunky and unresponsive. No matter your stance on Ground Zeros being an actual game or premium demo, one thing is for sure and that is that it played well. Controlling Snake, Big Boss this time around, feels fluid and natural something that was not always the case in a Metal Gear game. One thing that does feel like Metal Gear is the story. This game takes place between the events of Peace Walker and the original Metal Gear released for the MSX in 1987. Expect a confusing and jargon filled plot with absurd characters, that I will love every minute of. Hopefully we’ll see Snake on the battlefield in 2015 as there is no set date yet, but Hideo Kojima, the creator, loves to mess with the audience. Lets hope he isn’t trolling us this time.

What did you think? Do any of these games get you pumped up for 2015? Let us know what your most anticipated games are in the comments below. Don’t forget to check out PART 2 OF THIS LIST HERE.