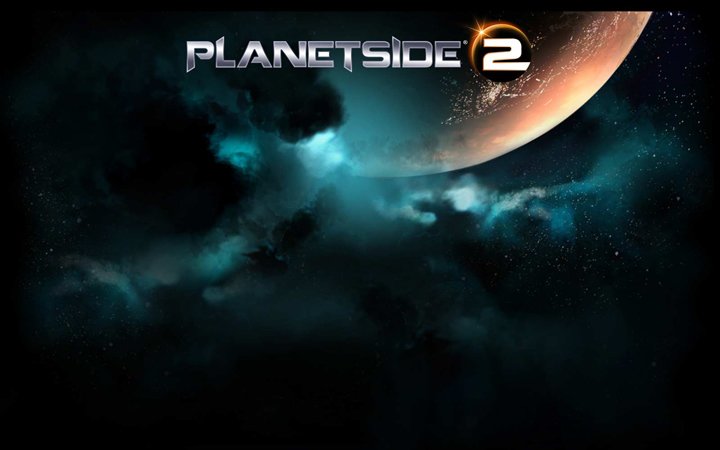 Let’s get one thing straight right from the start: as much as I will try to make this an unbiased review, I want you to know that for me, PlanetSide 2 has come to define modern PC gaming. This title is a testament to what a dedicated team of programmers can achieve. I have been playing first person shooters on a variety of platforms since the time of MS-DOS and Wolfenstein 3D. In the past twenty years, there have been several watershed titles that have one-upped all the rest to move the genre forward. While not an exhaustive list, PlanetSide 2 innovates on the scale of titles like Doom, Duke Nukem, Goldeneye, Counter-Strike, Quake, Battlefield 1942, Half-Life, Halo, Doom 3, and Modern Warfare. It is that good. As a jaded gamer, I’m hard to impress, but in the days since PlanetSide 2’s release, I have had some of my most thrilling gaming experiences.

PlanetSide 2 is a massively multiplayer online first person shooter that takes place in a persistent world. Set on the planet Auraxis, PlanetSide 2 features three factions that find themselves locked in a perpetual state of war. The Terran Republic is the authoritarian establishment. It is the 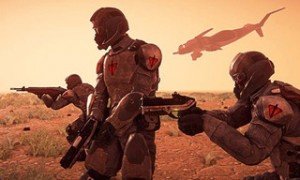 ruling faction on planet Earth and is fighting to secure Auraxis from the breakaway factions of the New Conglomerate and Vanu Sovereignty. The New Conglomerate is a loose collection of rogue industrialists, rebels, and mercenaries. It seeks to free itself from the oppression of the Terran Republic while preventing the Vanu from seizing Auraxis. Lastly, the cultish Vanu Sovereignty is a technologically advanced group of humans who desire to push humanity forward through the study and exploitation of alien technology. They believe that Auraxis is the key to achieving their goal and will fight relentlessly to eliminate the Terran Republic and New Conglomerate.

PlanetSide 2 has six different infantry classes, each with multiple weapon options, catering to a wide variety of play styles. In addition to infantry combat, there are heavy and light tanks, ground and air transports, gunships, and single seat fighter aircraft. When you earn experience that increases your rank, you will also earn certification points. These are used to unlock additional weapons and attachments, as well as character and vehicle modifications. The options for customization are seemingly endless, and making the choice as to what to unlock next is difficult, yet satisfying. Each faction has identical classes of soldiers and some shared vehicle types, but the weaponry is completely different. The Terran Republic has some of the fastest firing weaponry, while the New Conglomerate’s weapons hit the hardest. The Vanu Sovereignty falls right in the middle as far as rate of fire and damage is concerned, but its faster reload speeds and lack of bullet drop more than make up for any perceived mediocrity. Balancing such a massive variety of weapons is an unenviable task, and while most weapons feel fairly well balanced, there will inevitably be some modifications in the future. The most obvious tweak in my mind needs to be the implementation of bullet drop for Vanu Sovereignty sniper rifles. As you can imagine, their advantage at range is pretty overwhelming.

The battles for Auraxis span three continents, each with its own unique terrain, weather, and flora. Each continent is then subdivided 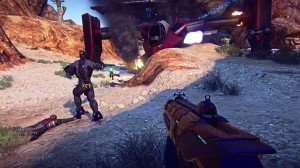 into hexagonal zones. Control of these zones grants access to various resources that allow for the construction of aircraft, tanks, or infantry supplies. Some zones are only occupied by small outposts that may have a single control point that needs to be captured. Others contain vast complexes containing multiple control points. In general, the larger and more complex the installation, the longer it can take to wrestle control from enemy forces. That said, I have spent hours in sustained firefights, involving hundreds (yes, hundreds) of infantry units, all vying for control of a mundane outpost in some desert valley. Impressively, despite the scale of each of these continents, load screens only appear when logging into the game, changing continents, and while spawning. This allows gameplay to flow naturally from one facility or zone to another. The perpetuity of combat in PlanetSide 2 makes it difficult to know when a conflict has ended. Don’t expect to see the familiar “Victory” screens of Call of Duty or Battlefield. More than any other shooter, PlanetSide 2 is all about team play and the progress of your chosen empire. Kill/Death ratios, score per minute, and headshots all count for nothing if you’re not pushing the objective. That’s not to say you can’t have fun or be effective while playing as a lone wolf. Just remember that this is a game of not only tactics, but strategy.

While I stand by my assertion that this game is truly groundbreaking, it does not, out of necessity, have the ultra polished look that FPS consumers have come to expect. Sony Online Entertainment’s Forgelight engine is beautiful, and PlanetSide 2 is by no means lacking in its aesthetic appeal; however, the omission of ragdoll physics and lack of destructible environments can sometimes feel like a step backwards. As a seasoned Battlefield 3 player, my inability to simply blow holes through enemy cover can get aggravating. But when one considers the scale of this game (battles involving dozens of vehicles and hundreds of infantry), the fact that PlanetSide 2 runs at all is a remarkable technical achievement. There are still some issues with framerate drops while in heavy combat–this is a game that’s light on your graphics card, but murders your processor. 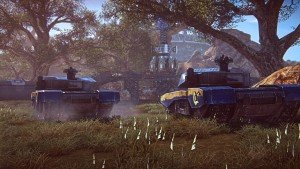 Yet, I feel guilty for being too harsh in any of my criticisms. Yes, the intro to the game is horrible. Being pod dropped into the middle of battle, without any tutorial or explanation of gameplay, is frustrating. And unlike nearly every other MMO, there is only combat in PlanetSide 2. No crafting. No quests. Just kill farming. But my tendency to complain about the flaws of big budget titles that require me to shell out $60 or more to play just doesn’t hold water. PlanetSide 2 is free. It takes about 45 minutes to download and install, and only costs you a few gigs of hard drive space. And just in case kill grinding for hours to earn 1,000 certification points to unlock that new weapon you want isn’t your idea of fun, you can purchase, with real money, “station cash.” Station cash can then be used to buy new weapons, camouflage, decals, or even hood ornaments for your tank. However, weapon attachments (such as fore-grips and sights) and character modifications (like increased grenade capacity or stronger armor) still require certification points. This helps keep PlanetSide 2 a game that is play-to-win, not pay-to-win.

If you’re a fan of the first person shooter and have a computer that can handle it, I can’t think of a reason why you wouldn’t at least try PlanetSide 2. And yes, this title is worth building that gaming rig you’ve been putting off. A persistent world, dynamic weather, day/night cycling, gorgeous lighting, intricate gunplay, and impossibly large battles all come together to make for the most innovative shooter of the past few years. The production effort required to bring a game of this scale to market is immediately apparent. The fact that Sony has gone with the free-to-play model for such a production heavy title simply strengthens PlanetSide 2’s position as one of the best first person shooters I have ever played.