In a real fisticuffs contest, many of these players and combatants would stand little chance, but with an arcade stick or controller in their hands–preference is debatable–size or strength matter little. No, the only things that speak to your fighting game skills are your god like hand eye co-ordination and reaction speed, mental capacity and overall moxy against your opponent. There is far more than meets the eye here and the game is as much a testament to your physical abilities as it is your mental.

Getting into anything can be an intimidating task, so fear not my noobish reader, I am here to help you learn a little bit about competitive gamings fastest growing phenomenon and teach you some of the terminology you will be hearing during the many live streams, commentary, or reading in the “too fast to comprehend” chats the stream monsters spew forth. Now some of this varies by game, so I will break it down where necessary. 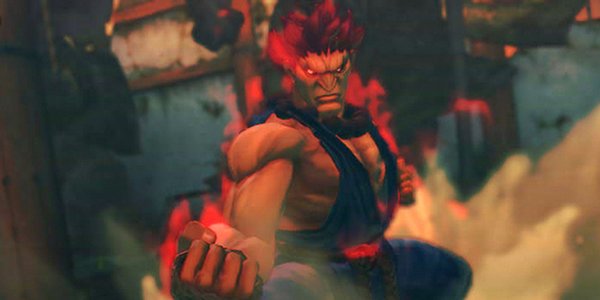 GDLK-Stand for godlike and is overused as far as I’m concerned. Nevertheless, you will hear and see it frequently. Can stand for anything that is beyond the norm skill wise. Anything awesome is godlike to the stream monsters.

Stream Monsters-A term that has transformed as a slight due to the overwhelming negativity shown in the stream chats these days, but the terms grew from a good place. It represents the life blood of the community. The people who tune in to watch any and all streams for fighting games and comment on them. Good or bad, the viewers are what grow a community and the stream monsters are here to stay.

Salty-Basically a sore loser. Any negative reaction will do to warrant this statement. These reactions can vary from just a look, to flat out smashing controllers after a loss. All this has happened and more. Losing is never a good feeling and there are a lot of years old rivalries that exist here. Remmember, a lot of money is on the line, as well as your reputation.

Bodied-As you would suspect, bodied stands for a good ole’ fashion ass whuppin. Doesn’t matter who did it or what form it comes in, it happens to the best of us. For me personally, it happens all too frequently. You see someone get perfected, they got bodied.

Free-Relatively the same as bodied. Forgive my use of the the word, but it is used much to “freely” by commentators and chat participants alike. If you are losing and it looks like clockwork, you are free to your opponent.

Zoning-A keepaway tactic used mostly in Street Fighter and Marvel vs Capcom. Can be a frowned on strategy to use, but when mastered it’s an art form. You’ll see a player who has perfected this strategy for UMVC3 this weekend named Chris G. Can also be referred to laming out or even cheap. All that matters is winning! 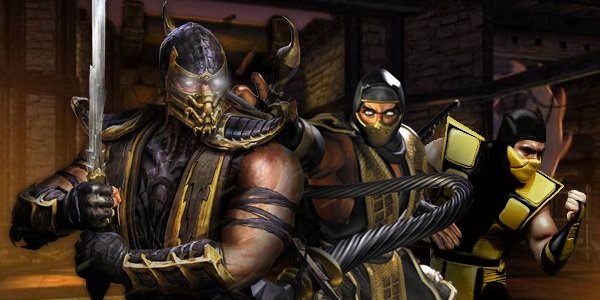 Poke-Quick moves used to measure distance and implement strategy. Can also halt opponents in their tracks. These take the form of normal moves with the press of one button. The foundation to any good player is the use or normal moves and pokes.

Meaty & Cross Up-Meaty means a timed jump in and attack to coincide with your opponent getting up off the ground and generally negates any attempt to anti air your attack. Cross up is a variation of this but forces your opponent to block on the opposite side of where they are getting up from.

Vortex-You’ll hear this constantly with anyone playing Akuma. A set of attacks that keep your opponent guessing on a knockdown or otherwise. It is advantageous to work towards a strong vortex with certain characters.

Safe-Any move used that doesn’t result in you being in danger to a counter attack. This relates to frame data on attack and block stun, but that is a bit beyond a beginner’s guide.

Buffering-Inputting the commands to a move before it is set to come out. It can also translate into someone readying for an opponent to attack and readying a specific counter that requires a complex input. Many advanced combos require buffering.

Reset-Both of the major two games played competitively scale the damage of your combo based on the more hits accumulate, to the point of damage being negligible at higher numbers. To get around this, players attempt to reset the combo in varying ways. Basically you want to reset the counter without almost any delay and without your opponent being able to react, or surprising them at the attempt to reset. Very effective tactic that is essential to master for certain styles of character and play. 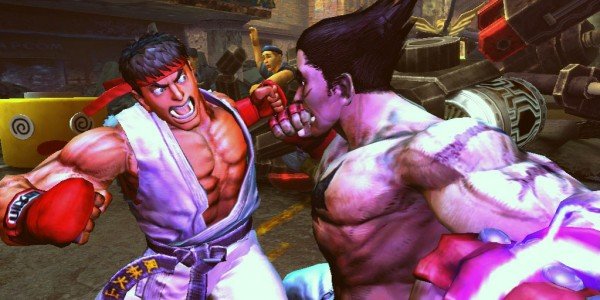 Focus attack & Focus attack dash cancel aka FADC-Focus attacks are the basis of Street Fighter 4’s gameplay. Ink will surround the character and it allows you to eat certain attacks but continue with your own. This results in a loss of life, which is returned to you life bar after a certain time or until you are hit. Players will use it to negate block damage as well. FADC’ing means you can cancel any special move at the expense of 2 bars of your super meter to continue your attack or keep the pressure on. You’ll see Ryu players use this a lot with a Shoryuken FADC into his ultra 1 for huge damage.

Ume Shoryu/Mash Uppercut-Any anti air that looks like it was incredible reaction on the players side is Ume (a Japanese term) but many players just say they are furiously repeating the motion on the controller to get the move out with little care of the situation. Hence, the mash term. Quick note, mashing is looked down upon in advanced play. I mash….

EX Move-At the expense of one block of your super meter, you can implement an upgraded form of your special move. This requires to you press two of the buttons it requires, instead of one. You’ll know an EX move when you see it was the character flashes yellow. 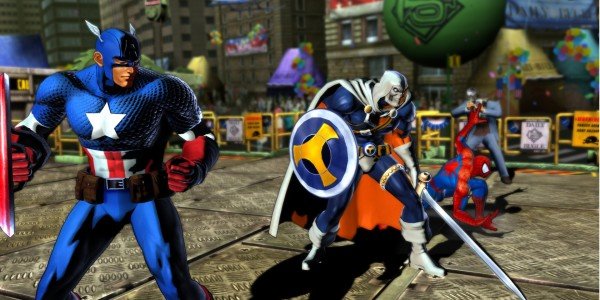 Happy birthday-You’ll hear this when someone catches two of their opponents characters in a combo. Not a desired outcome for the beneficiary as the character not currently being used takes more than double the damage of the main character currently on screen. This happens when a player calls an assist at the wrong time. Don’t ask me why it’s referred to as happy birthday either, I have no idea.

TAC or Team Aerial Combo-new mechanic in the third rendition of Marvel vs Capcom. Basically a continuation of your air combo that allows you to tag in another character of yours, thus more combo opportunity and with three options on how to direct your opponent. Hit them up, down or horizontally on the controller for three different outcomes in relation to meter building and damage.

OTG-Certain combos force a knockdown and this opens the door for certain moves and assists to OTG the downed opponent into extending the combo. There is nothing you can do to defend this, but it does not continue infinitely and the longer the combo continues with knockdowns accumulating, the timing becomes to strict to continue the OTG’s. Resets allow you to restart the combo and the opportunity to OTG you opponent.

DHC-As I write this, I cannot for the life of me remember what this stands for. Damage hit cancelling? I don’t know, but I do know how it works. It’s basically a reset that was vastly overpowered in the original release and has been rectified since the ultimate version and subsequent patches. As you continue your combo and build to an inevitable super, you’d cancel the current super with that of one of your other characters that does not do damage. You do this to reset combos, tag another character in safely or various other reasons. Almost all players use this tactic in their strategies.

X-Factor-A comeback mechanic useable one per match and is stronger the less characters you have remaining. The character will glow red and black, while increasing speed, damage and regaining a certain amount of health lost. It also negates block damage. 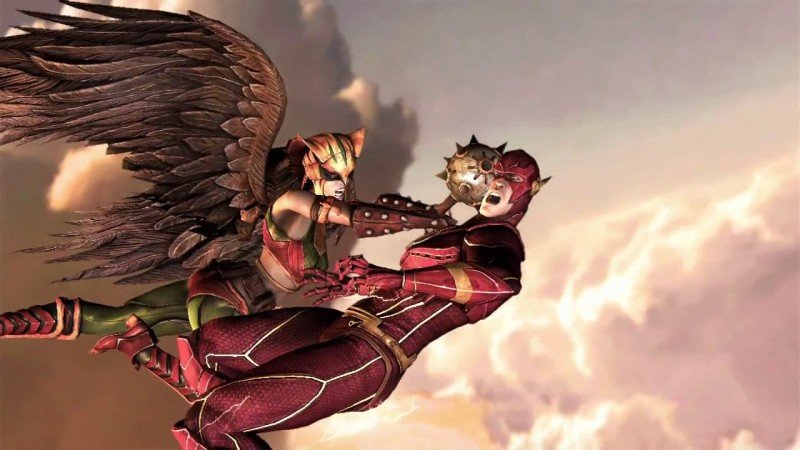 Injustice: Gods Among Us

Meter Burn-Basically an EX move from Street Fighter where you burn a single bar to improve the damage and properties of certain specials. A re-occurring theme in fighters is management of your meter and Injustice is no different.

Clash-Injustice is unique in that it doesn’t have rounds, the entire fight is won or lost from character select to losing animation without and resets in life. Once your first of two bars of health have been depleted, you have the option to prevent an opponents combo on any hit by pressing R2/RB and towards. This initiates an entertaining cinema which serves a strategic purpose beyond that of breaking the combo. Based on the meter you and your opponents have, you choose how much to use in the clash and health is awarded or lost based on your wager. This goes hand in hand with meter management was that extra health gained in a critical clash can mean the different in outlasting your opponent. You can only clash once per match and ONLY when you are in your second/red health bar.

Bounces-Various moves have the properties to bounce your opponent in different ways. Wall bounce, overhead bounce etc can all be done to extend combos and damage, but the limit is one bounce per combo, remember that.

Trait-Every character has a unique trait that has various effects, recharges and properties. Superman’s for instance increases his damage and speed during its duration, Batman’s is 1-3 rechargeable projectile bats that can be used for many purposes. I can’t list them all due to space and some are more effective than others, but proper use of trait can make or break matches and further sets the gameplay of Injustice apart in the community.

Intractables and Transitions-Another unique aspect to the game is the ability to use the environment against your opponent. Certain characters use these differently, but this all adds a different dynamic to the action on screen as proper use of interactions can change the tide of the battle in either favor. Transitions are a set series of animations that knock your opponent from one part of the stage to another, inflicting significant damage as they go. They are all different and triggered on certain sides of only certain stages, but all are done by using back and 3 (strong attack) Trust me, you’ll know one when you see it and they never get old. One thing to remember is that Transitions are UNCLASHABLE damage and cannot be escaped. So players be sure to use them strategically as well as for the oohs and aaahhs!

There are various other terms, scrub, cheap, SRK, Shoto, ultras, supers etc the list goes on and on. Hopefully if you’ve ever heard of, or seen a fighting game, some of these will be familiar. I don’t have the space to cover everything here (Sorry Tekken, Mortal Kombat, Super Smash Bros, Anime fighters etc), but this should give you a headstart. It doesn’t matter if you are a long time fan or just brand new to the community, you won’t be disappointed by jumping in and with this terminology primer and a lot of practice you’ll be well on your way to taking the stage at EVO. Fighting games really are some of the most rewarding games once mastered so don’t be afraid of challenging yourself.