Every four years, the world comes together to celebrate the most popular sport in the world. Contrary to American opinion, that sport is Soccer and that celebration is the World Cup. The World Cup is unique in that it is the only sport that most of the world participates in the tournament of nations. It seems only fitting that in a World Cup year, we get a game that encapsulates this event and gives gamers a chance to feel some of that excitement of the World Cup on their home consoles. Luckily, EA Sports steps up to the plate and gives us a stand alone Soccer game that focuses on the World Cup. 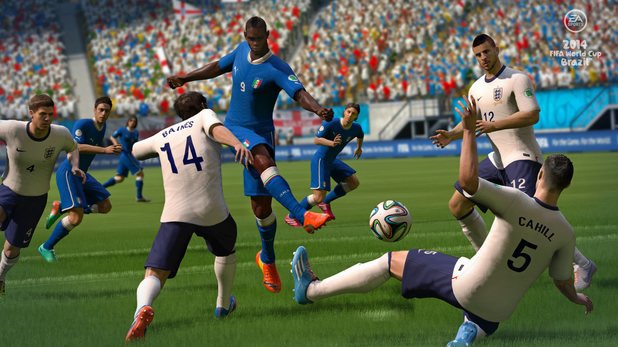 It seems that every year, fans of the FIFA franchise make their voices known over their personal problems with the FIFA yearly cycle. It also seems that whenever we enter a World Cup year, those personal issues become even more evident, with this year being no exception. However, there is a natural disconnect between the World Cup and soccer as it exists in other countries on a day-to-day basis. The rosters change, the teams unify and the mood of the sport changes from a very localized rivalry to a very global feeling of community. That dynamic shift is properly displayed in these games, and for us, it justifies their existence despite their technical similarity to this year’s FIFA upon which this game was developed.

However, it should be noted that because FIFA 14 and 2014 FIFA World Cup Brazil are virtually identical, certain concessions need to be acknowledged before you can appreciate the games as individual efforts. For starters, if you are currently playing FIFA 14 on the PlayStation 4 or Xbox One, you shouldn’t even consider this game, despite its shift from the local to the world stage. FIFA 14 is a better game on next generation consoles; plain and simple. If you were to go back and play on the previous generation, the lack of the next generation’s improvements to the FIFA 14 engine and graphics are evident. FIFA 14 for the next generation is the best soccer experience out today, so if you want the best soccer game, stick to that. However, if you’ve been playing FIFA 14 for the PlayStation 3 or Xbox 360, moving to this game is a worthwhile experience. As mentioned above, the game has enough content to exist on its own. Gamers that want to get in on the World Cup rosters and tournament-style play will get plenty of opportunity with this game and should strongly consider the upgrade. 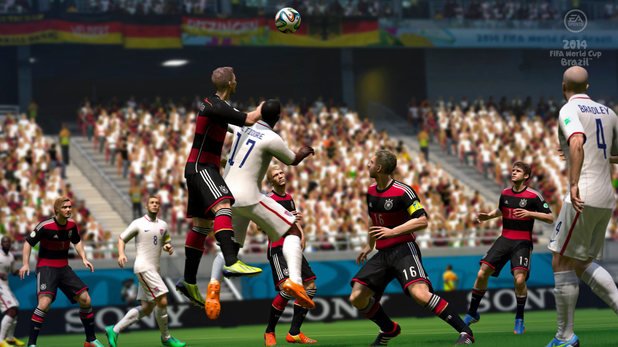 While soccer fans can expect a very similar experience than they did with FIFA 14, there are several improvements which enhance the experience this time around. Most obviously are all the superficial changes including new rosters, teams, animations and locations. This game highlights the tournament so all your options and choices will revolve around national teams, World Cup logos and commentary and the World Cup location of Brazil. However, there are some subtle changes that make this game play differently from FIFA 14. For example, shooting has been tweaked allowing long-range shots to become a viable options. As long as your striker has a decent shooting stat, they will be able to land shots from further away adding an interesting mechanic that hasn’t been around for several iterations of the game. To counter this new ability, goalies are a little harder to pass balls on. They seem to get a hand on a shot more often, which helps keep the scoring in check. Defenders can also use each other for leverage which is highlighted in corner kick scenarios. Defenders will now use their teammates as leverage to head the ball before other attackers can sneak in to score. These are just a few of the several tweaks that make this game play differently than its FIFA 14 cousin.

Thankfully, with a new game comes all the modes you’ve come to love and expect from your FIFA game. Modes like Captain Your Country and Road to the FIFA World Cup take center stage and provide the most value for this soccer iteration. These two modes aren’t anything that you haven’t seen before, but that doesn’t make them any less fun to play. Captain Your Country has you taking control of a single player as your team plays and advances in the tournament. It is your goal to play well and become the Captain for your team. The FIFA World Cup has you choosing one of the 203 teams in the tournament and play your way to the final. It isn’t always an easy path, but there is plenty of challenge to be had. 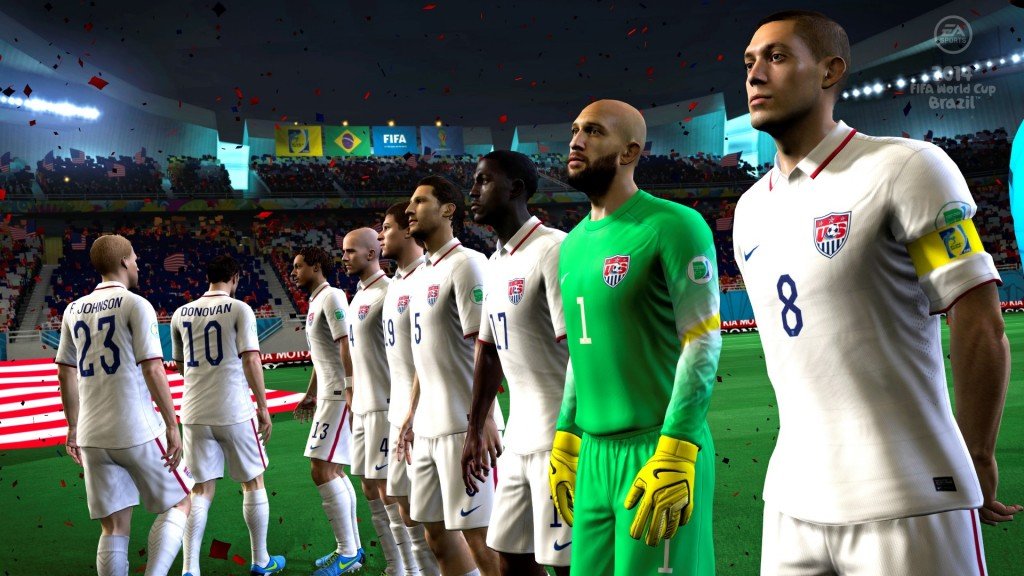 All in all, 2014 FIFA World Cup Brazil is a game about subtlety and attention to detail. As you know, this game is the same core game that you probably already own. However, the developers of the game pay special attention to making a game that captures the buzz and feelings around the World Cup. Ultimately is it up to the gamers to decide the fate of this game, however, you have to ask yourself if this game accomplishes its goal. When you step back and look at the game critically, this game absolutely captures the essence of the tournament and it should be judged on those merits. There are going to be a ton of gamers that just want to play Soccer, and if you are in that camp, you should probably consider not buying this game. However, if you want to celebrate the new World Cup tournament this year, this game delivers on its promise to bring the tournament to you. It is for those reasons that we recommend this game to you and embrace the World Cup once again.