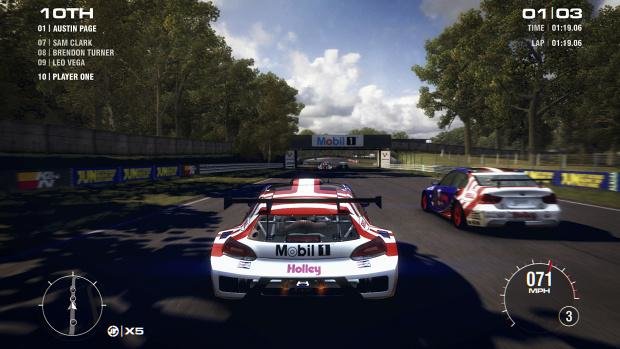 If you’ve been playing Grid games from the beginning, you’ll notice that Grid Autosport is stripped down to the bare bones. There are no flashy menus. no garages, no collection of cars, no overarching story; it is just you and racing. This stands in stark contrast to the jump that Grid 2 took when it swung into the arcade side of racing. It is a breath of fresh air and it accentuates what Codemasters does best. It gives them the biggest opportunity to shine without any unnecessary distractions that ultimately distract rather than highlight. Codemasters took the criticism to heart and created Grid Autosport, a pure racing game.

As soon as you start the game, you’ll notice that the difficulty has been raised since the last Grid game. The focus of the game is as much about defense as it is about offense. You will need to defend your racing line if you want to move ahead. If you give your opponents even the slightest window, you’ll find yourself in the back of the pack before you know it. You’ll have to take advantage of the terrain, drift your opponents, find opportunities and exploit weakness just to move up one position. This game will challenge you, so if you’re expecting a game that will let you speed to the head of the pack and hold first place with little effort, this is not that kind of game. 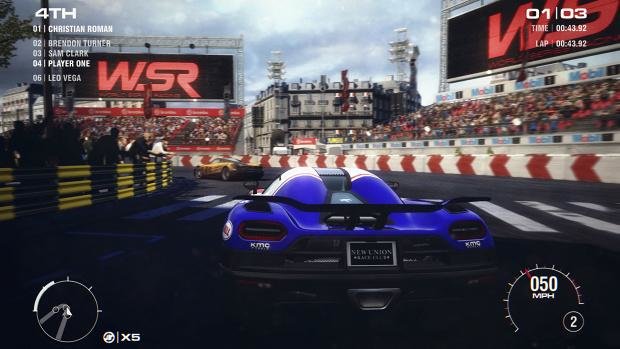 Grid Autosport is built around the career mode. The career is split into five disciplines: Touring, Endurance, Open Wheel, Tuner and Street. Each discipline is split into its own separate branch, and as you race in each discipline, you’ll earn experience in that branch, which opens up other opportunities. As you move up in each discipline and round out your profile, larger Grid tournaments will open up which will start to integrate the things you learned in each discipline on a grander scale. The career is really the bread and butter for this game and it is where the most of your time will be spent. However, it stands as the best part of the game. The mode is paced well, and as long as you stick to your training, you should progress consistently. It gives you just enough to stay motivated, but it keeps you in check and challenges you at every turn. It is a perfectly balanced experience that is rarely seen in racing games today.

The races themselves offer more than just racing, especially when it comes to earning experience. Of course, coming in first over and over again will earn you plenty of points, but there are other objectives available which can maximize your point totals. Thing like Team Targets where you’ll be asked to finish in a certain place or ahead of a specific driver, Sponsor Objectives like reaching a certain speed for a certain time frame or Discipline Rewards like beating your rival and getting the fastest lap all contribute to your XP total and make racing a much more tactical experience. 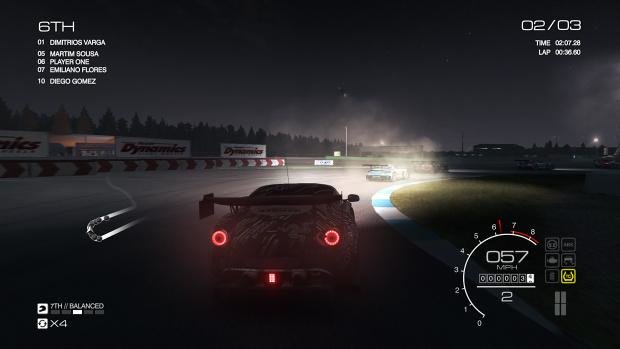 While Grid Autosport manages to get most things right, there were a few places that felt rather stiff. This mainly applies to how the AI reacts in specific circumstances. When you start a race and all the drivers are bunched together, the AI tends to drive along a specific path and do not necessarily react the way a human would in those situations. Sections where you have the superior line and are going into turns, the AI will decide that you are on its line and cause a collision. This is especially frustrating when the sponsor objective is to not take any damage. Most people would concede to the person in front of them and try to pass after the turn, but the AI generally decide to hit you rather than out race you. Thankfully, once you spread out from the pack, this problem doesn’t exist, but in the beginning of races, be careful.

Overall, Grid Autosport underwent a major transformation. It went from Grid 2, a flashy arcade racing game with mass appeal, to a stripped-down racing simulation experience. This jarring change of pace seems like it was a leap of faith since straying this far from the game that came before it can be dangerous. However, the changes that were made ultimately helped the franchise recover and retake its place as a solid racing game. It may not be able to compete with the Gran Turismos and Forzas just yet, but with games like these being made, those comparison won’t be far off.

This review is based on a review copy of the PlayStation 3 version of Grid Autosport developed by Codemasters.