Previously on Resident Evil…returning veteran Claire Redfield found herself trapped on a prison island along with her fellow employees from human rights organization Terra Save and she soon discovers that she’ll have to shoot her way through a new crew of mutated monsters in order to escape along with her crowbar toting teenage companion Moira Burton, eerily recreating the events reminiscent of her previous trek through Code:Veronica. Meanwhile… another returning veteran Barry Burton arrives at the same prison colony alone, with heavy firearms on hand in an effort to track down and save his daughter Moira after receiving a distress call which originated from the island. Instead of finding Moira Burton, Barry encounters a little girl with supernatural abilities named Natalia who helps guide Barry through the prison and into the woods, retracing his daughter’s footsteps. 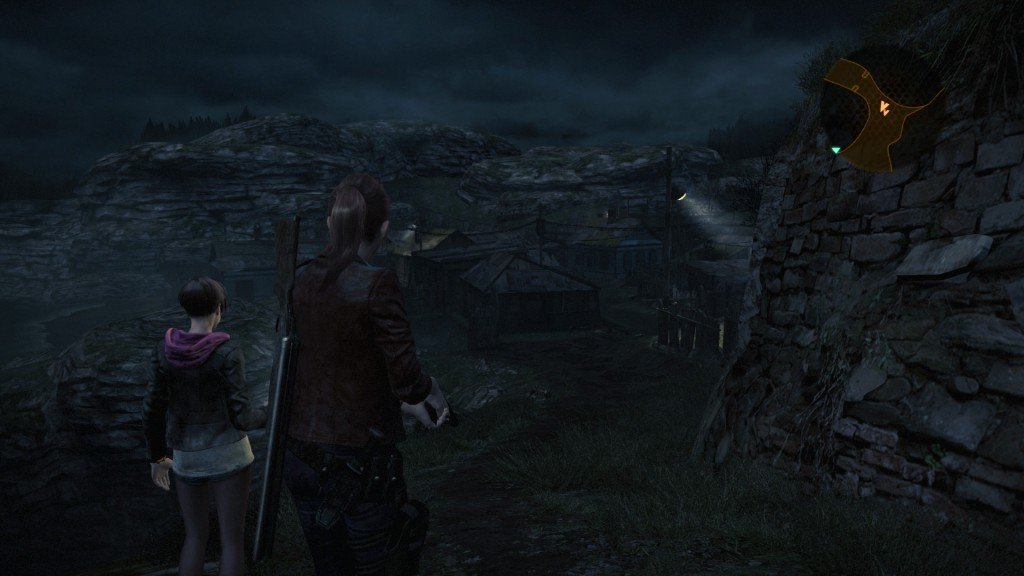 This time around Claire and Moira have now escaped the prison, sent a call for help at a local radio tower and discovered an abandoned fishing village where they reunite with a few other fellow employees who have turned the local bar into a sort of sanctuary. The survivors manage to procure a helicopter, but need to search for a few items in the village in order to make an escape off the island, a plan that is halted after a loud siren unleashes a wave of monsters, disbanding the group. The next destination of interest is the looming dark tower in the distance which seems to be the source of the radio broadcasts that have been taunting them through their strange bracelets since they arrived on the island. Barry is in pursuit, now finds himself facing an invisible threat, all over the village and throughout the abandoned town—and on to the dark tower he goes.

The great thing about each episode is that the game play is built around a main set piece or two and really allows the characters to explore and focus on an objective related to each set piece, rather than thinking about the end game. Each area is distinctively different and has its own atmosphere and vibe that differs slightly from the last area, even when you replay through the same scenario as the game requires. Take for instance the fishing village. This is the next area that Claire and Moira discover after the prison. While the prison was made up of dark and claustrophobic hallways, the village feels a lot more open, creating a maze with the layout of the shanty town. It is reminiscent of the village stages at the beginning of in Resident Evil 4 and 5, especially when the village suddenly becomes inhabited by waves of monsters you have to defend against while bunkered down in the local bar. Afterwards, Claire and Moira discover an abandoned town resembling an overrun Racoon City from Resident Evil 2 and 3.  Here the atmosphere changes again, where once you were out in the open escaping on rooftops, now we are back weaving in and out of dark hallways and stairways of abandoned apartment buildings returning to that claustrophobic feeling from the prison at the beginning. 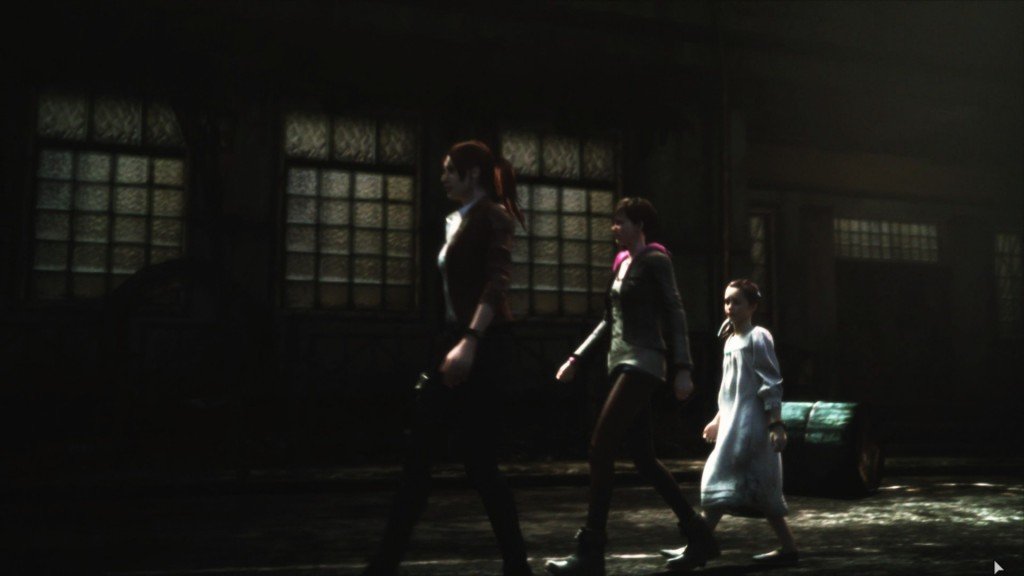 Ironically, while Barry Burton seems to be the more over powered character, equipped with his assault rifle and magnum pistol compared to the dingy handgun equipped by Claire, the game offsets this imbalance by giving Barry the more challenging obstacles in the game. His partner Natalia isn’t equipped with any useful weapons at all, except for a brick and the ability to see invisible enemies which is essential to get through Barry’s scenario in episode 2, and it is quite an extraordinary experience. In fact the best parts of these two episodes have been Barry’s side of the story. Claire’s scenarios are pretty straight forward gun action, but the Barry scenarios add stealth mechanics and invisible enemies that require Natalia to provide verbal commands as to which way to point your gun to shoot those invisible enemies, and if you don’t manage to kill them off before they reach you, it’s game over! Replaying through the same episode again might seem like a cheap way to recycle, but not if you have to survive through the same area except you can’t see some of the enemies at all.

Revelations 2 reminds me a lot of The Evil Within but more disciplined. The Evil Within was a sort of throwback to all of the survival horror games from the PS1 and PS2 eras but also added elements from more recent popular survival horror games as well. One of my favorite parts of The Evil Within was the hospital filled with invisible enemies. When you first encounter them, you can only figure out their locations after they throw around beds or chairs, but you can use a flash bomb to make them visible, which kind of cheapens it. In this game, invisible enemies stay invisible and there is no cheap way to reveal them, as far as I know, and that makes it all the more harrowing—especially towards the later part of the episode when you have to navigate through narrow hallways and stairwells of the apartment buildings filled with invisible enemies! Overall, it’s a great episode with much more interesting gameplay scenarios and environments to explore than the previous installment, but still on the short side.

This review is based on a retail copy of the PlayStation 4 version of Resident Evil Revelations 2 – Episode 2: Contemplation published by Capcom