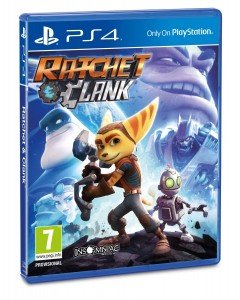 The 10th console game based on the popular duo is due to release April 12th in the US and April 22nd in Europe with the
accompanying film out April 29th.

It is the first Playstation 4 title to feature the peculiar pairing and it
looks fantastic.

Is it just a re-make of the original R&C from the PS2,
or is it something more?

NewGamerNation got hands-on with the new Ratchet & Clank game for the PS4 today and we wanted to let you know how we got on.

I’ve been intrigued by this game since I first heard about it and saw the early footage alongside scenes from the upcoming movie, releasing around the same time as the game, when it was revealed just before E3 in 2015. But before I tell you about what I saw, here’s some additional information you should know first:

The story is set to be much the same as the PS2 original; We meet a younger R&C at the start of their friendship and discover how the pair met and became such good pals. The original story told how the evil Blargian Chairman Drek sought to create a new super-planet, of sorts, by stealing chunks of other planets and sticking them together for the rest of the Blarg. They meet Captain Quark and then lies, deceit and mistrust follow for pretty much the rest of the series.

So, what can we expect from this new entry? It began life as a remake of the original PS2 Ratchet & Clank from 2002 (yep, 14 years ago!) but now it feels more like a “Best Of” title which is in no way a bad thing.

When announcing some detail for the game, developer Insomniac said:

“We ended up with a new game, with elements based on the original with new and updated gameplay segments, all constructed to take advantage of the graphical prowess of PS4.

We knew early on that we didn’t want to just up-res Ratchet & Clank for PS2. We started out thinking of Ratchet & Clank (PS4) as a “re-imagining” of the original, revised to tie in with the film. A curated Ratchet & Clank experience that borrowed from the spirit of the classic PS2 titles while infusing some of the best elements from the Ratchet & Clank Future games. 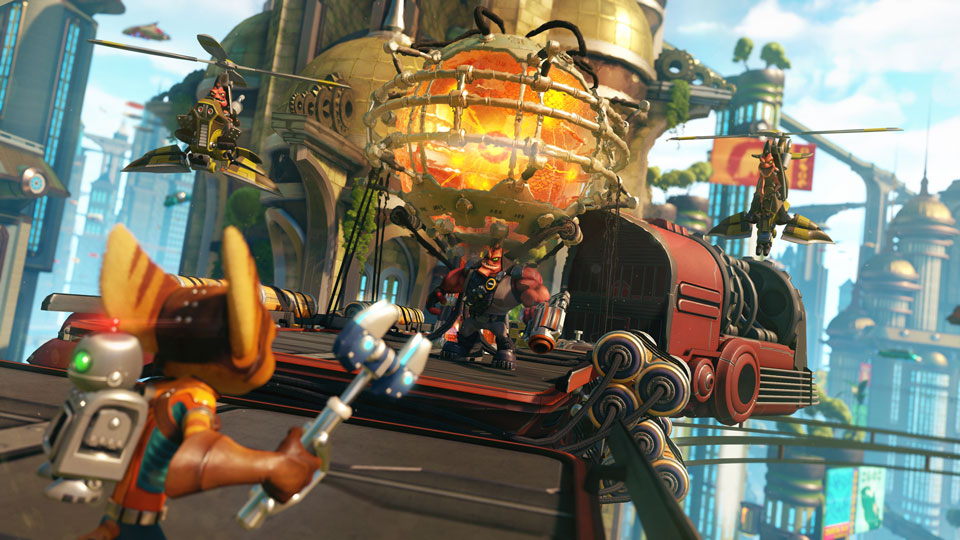 The fresh start means we changed up the arsenal quite a bit as well. As always with Ratchet & Clank games, you battle your enemies with an out-of-this-world arsenal. In the PS4 version both new weapons and fan-favourite tools of destruction from the Ratchet & Clank Future series will fill out Ratchet’s kit. Ratchet & Clank’s arsenal has never been better.” – Insomniac Games

It was clear during my time with the game that some serious effort has gone into making the most of the PS4. The cityscape looks immense with vehicles zipping around all over and buildings stretching as far and wide as you could see. This applies to everything, the new tech’ really makes the R&C universe pop. The cartoony characters and backdrops look super-sharp, even with lots going on at once, there seemed to be no trouble working out what was going on at any point. When you see the final product and just how much is going on, this will seem even more impressive. Controls were slick and intuitive with lots of precision making handling the furry little Lombax very easy with little frustration. I can’t speak for any Clank components, though, as he was not playable at the time.

Variety was always an interesting and important element of the R&C games, giving you lots of different mission types to enjoy (though mostly with “Go here and hit this thing with your wrench” at their core) but after such a lengthy absence (the last R&C entry on home consoles was R&C: A Crack in Time, released back in 2009) I’m glad to spend any time with the Space-Faring adventurers. Hopefully, there will be plenty of nostalgia here for series fans, alongside some fresh ideas and as you are about to find out, I was particularly pleased with the inclusion of one of the classic weapons. 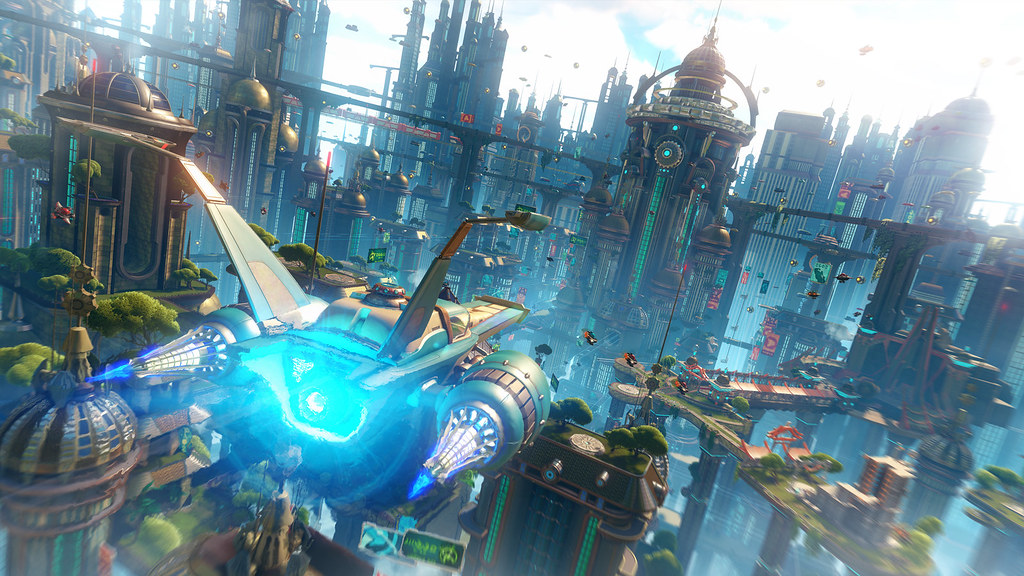 “The cityscape looks immense with vehicles zipping around all over and buildings stretching as far and wide as you could see.”

Penguins under the influence of the Groovitron in Ratchet & Clank: Tools of Destruction

I was ecstatic to see the Groovitron make its return – One of my favourite video game weapons of all-time, this is a Disco-Ball “grenade” which, when thrown at your enemies, will cause them to break into an irresistible groove, incapacitating them for a short moment while you even the odds.

There’s also a new gun; The Pixelizer. This will use a shotgun style blast to turn your enemies into large-size pixels. I found this particularly apt since we are now in the Minecraft age.

It was nice to see the mixture of old weapons and new working so well together. Stun the baddies with 70’s disco music and then destroy them with 80’s pixels, it’s a match made in heaven!

The game looks superb, as well. Obviously, having 8-bit pixels flying around is a throwback but it’s a nice juxtaposition seeing them lying around such a gorgeous environment. The grass is lush with proper textures, not just a green mesh, then there are particle effects allowing dust and dirt to float around, being affected by light depending on where it is relevant to the light source.

The gameplay was what you’d expect, lots of running, jumping, breaking boxes, blasting enemies and collecting the beautifully designed nuts & bolts the series is known for.

Given there are only 4 months to wait until this game releases, I couldn’t see what more could need to be done. From what I saw, this was a finished product so I am sure that the extra polish applied in that time will make for an even better title when it launches. As it is currently at a bargain price of $39.88/£27.99 (Amazon) or lower, I wouldn’t be surprised if this remains low in stock for a while.