It’s the most wonderful time of the year. When everyone picks a game of the year and argue over why their game deserves to be number one. Which of course means this is my personal list and will differ from many other lists out there. There will be games on this list that you will not agree with and many games off this list you think deserve to be on it. The fact remains that of all the games I played in 2015 these were the one’s that really resonated with me. The one’s I spent the most time with and had the best experience with.

Before I get started I want to mention games that may appear on many GOTY lists but not my own because I never played them. They are: Until Dawn, Her Story, Rise of the Tomb Raider, Halo 5: Guardians, SOMA, Fallout 4, and I’m sure a couple more I’m forgetting. So without wasting any more time. Here’s my list: 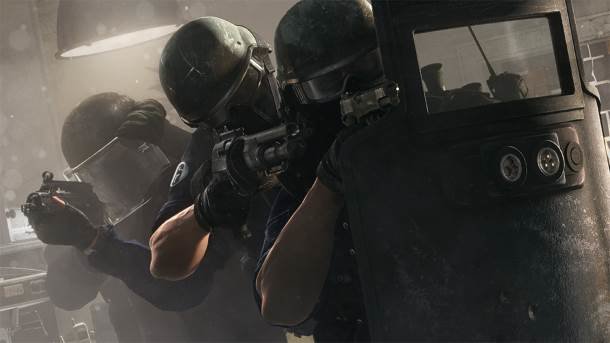 This game is not perfect and I’m not going to pretend it is. It has issues – plenty of them – but I still love this game more than I ever thought. The tension of waiting in a room not knowing where, when, or how the enemy team is going to attack makes for some of the most stressful moments in gaming this year for me. Siege is not about going in guns blazing because your minuscule amount of health will deplete almost instantly. The importance of making a good defensive strategy or offensive tactic is imperative.  Siege demands teamwork and that’s normally the team that gets the victory. I’ve been playing this game non-stop since I’ve gotten it and I can see myself playing this game for a long time. 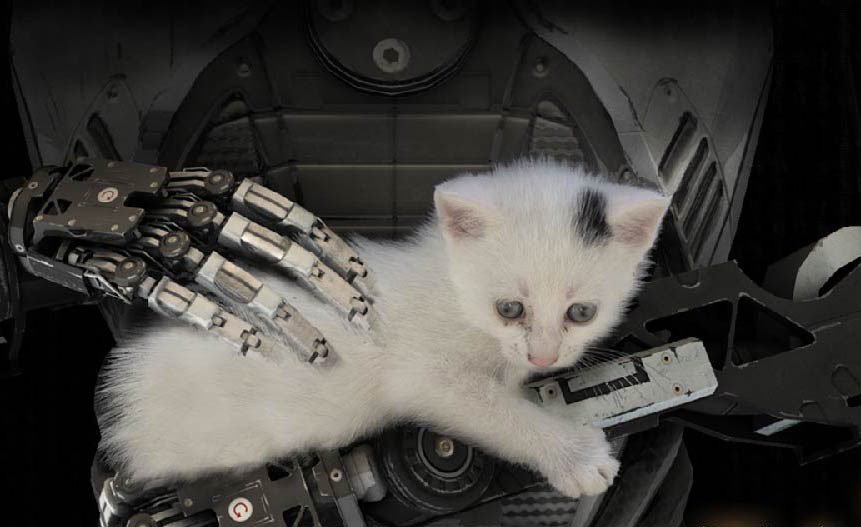 I know this is technically a port since it has been out on the PC since 2014, but it was my first real experience with the game. I went in expecting a basic puzzler and in the beginning that’s what I got. As the game progressed I became encaptivated by the world and the philosophy it was presenting. It gave me flashbacks to college as I argued with a computer program if I, or it, could prove existence. I flew through the early puzzles and was stumped by the tough ones. I thought I would have to give up but I kept trying them day after day. Eventually, I solved them all and couldn’t stop the proud grin from appearing on my face every time I solved one! It’s an amazing game that anyone who loves puzzlers and/or philosophy should check out. 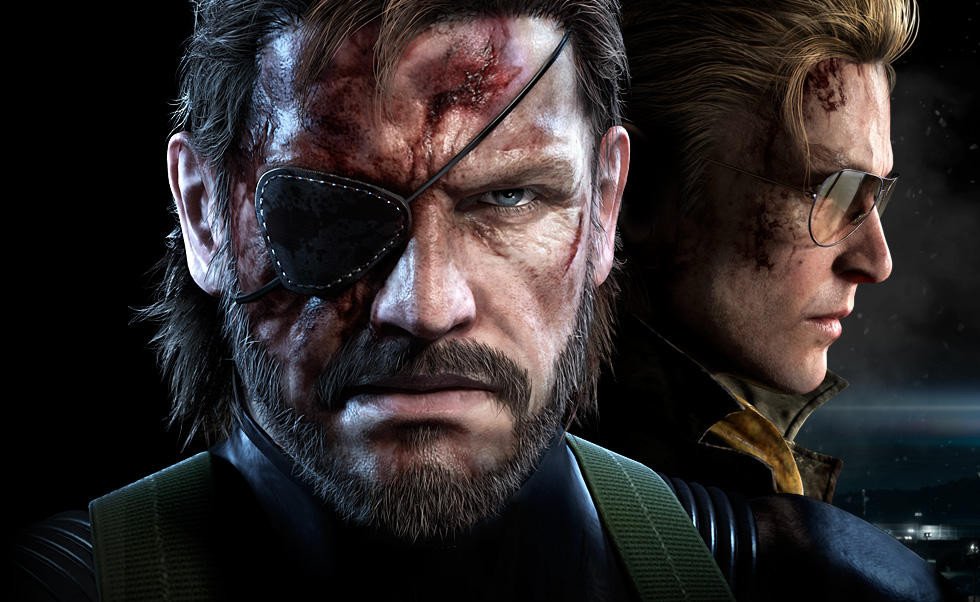 I was anticipating this game for what felt like forever. I almost assumed it would be my GOTY automatically. I was vastly disappointed. That doesn’t make it a bad game as my review still gives it a 9/10 which I think it totally deserves. It has near-perfect gameplay and its ability to have the stealth and action be so much fun in the same game is really something remarkable. Planning how to infiltrate a base, all the weapons to choose from, and the buddy system made The Phantom Pain a fantastic game. It was the repetitiveness and crumbling story that held back The Phantom Pain from being what it should’ve been. Even with that the case, it’s well worth playing for people new to Metal Gear Solid and long time fans. 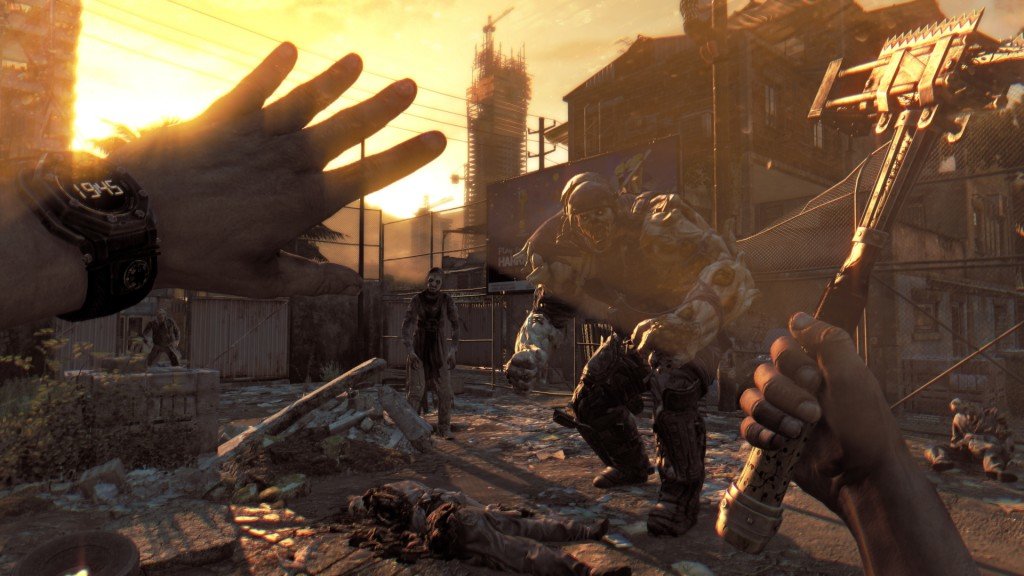 I am not proud to admit I was making fun of this game long before it even came out. I was saying how it would be terrible just like Dead Island and I’d never play it. As fate would have it, I received it as a gift from some friends and figured it wouldn’t hurt to at least try it. It didn’t take long for me to love it. The city traversal was fast and fun. Slaying the dumb zombies in the day made for mindless entertainment but surviving through a night was terrifying brilliant. The co-op ability made Dying Light just that much more fun. I was surprised by how terrific this game is and I urge anyone who didn’t like Dead Island to really give this game a go. 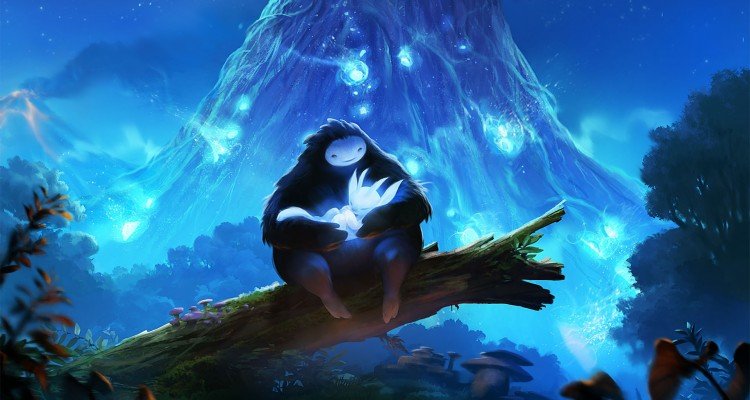 6. Ori and the Blind Forest

Ori and the Blind Forest caught my eye with one of the saddest trailers I’ve seen. In a couple minutes it shows two characters finding each other, becoming family, and then one dying. On top of that, the world and music are majestic and astounding. It’s an incredible setting with fantastic gameplay that’s also extremely difficult. Ori caused me to rage-quit multiple times as I struggled with making it through a difficult section. It also made it very rewarding when my character learned new abilities and even my own self-becoming more skilled the more I played. For anyone that wants an amazing setting, tough challenge, and a heartfelt story needs to take a look at Ori and the Blind Forest. 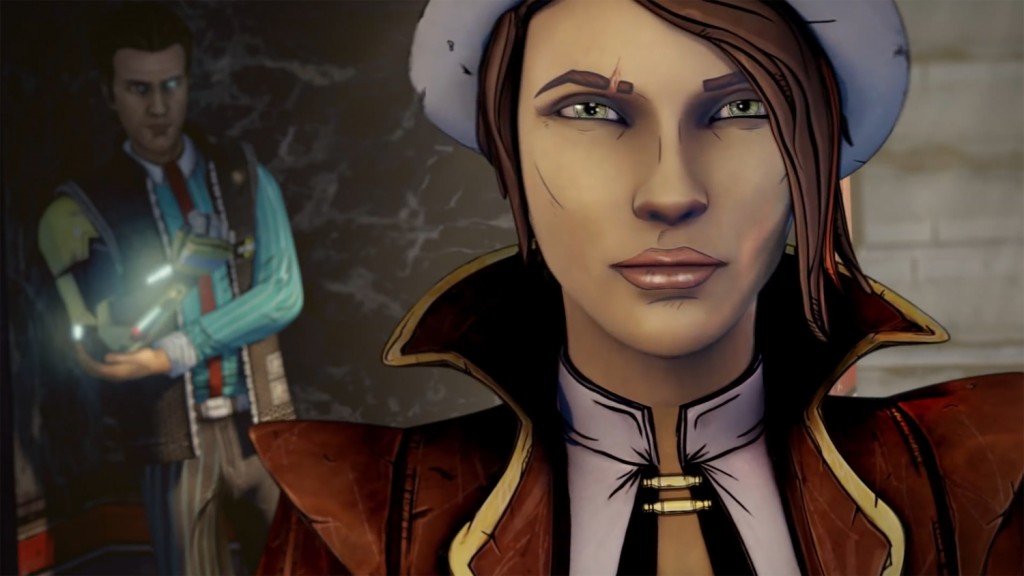 I only completed this game last week believe it or not. I knew people enjoyed it but I had no idea how amazing it was until I played it myself. I don’t think I’ve laughed out loud so many times at a video game in my life. With a colorful cast of characters and an interesting take on the world of Borderlands, this may be the best Telltale game yet. I marathoned the entire series in two days because I loved it so much. I can’t state enough if you love narrative games or Borderlands you need to play this game. 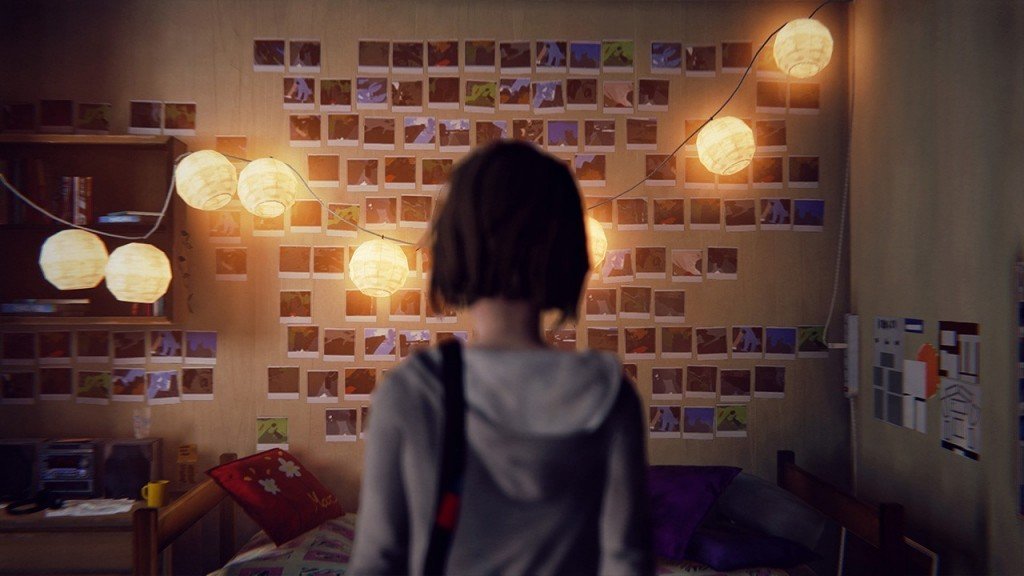 I was looking forward to this game about two young teens. It looked like a coming of age story with a girl trying to navigate life, but with a twist. She has the ability to reverse time. I thought this was going to be a simple story about life and what a teen girl would do if she could redo her decisions. It goes so much darker than I could’ve ever dreamed! Missing people, threatening messages, psychopaths, and many lives in your hands. It was something I never expected and I loved almost every second of that. It’s not a perfect game by any chance, but it’s still a wonderful one. Also, it has a really cool art style to it and I loved the musical soundtrack. 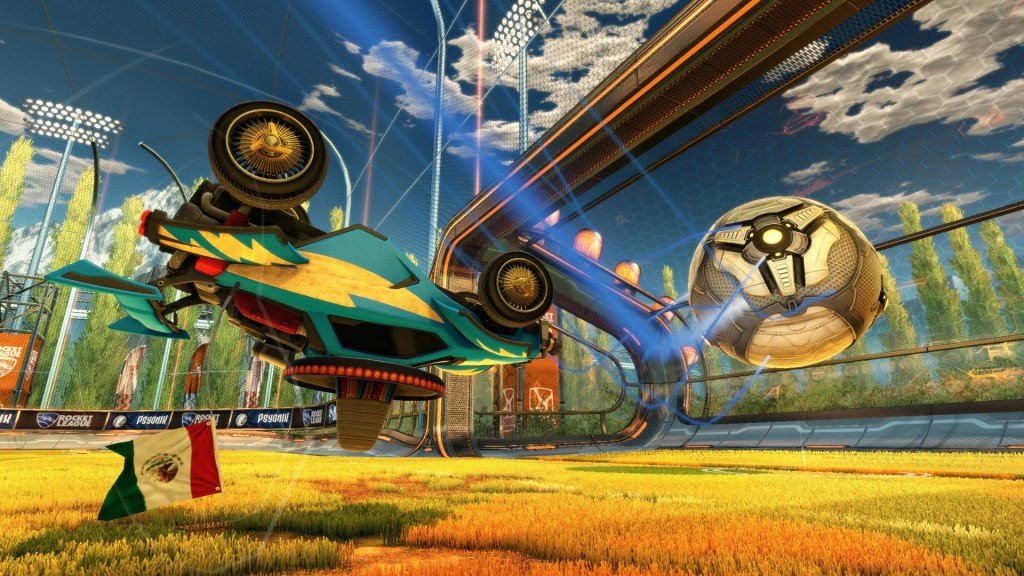 Who saw this game coming? I joined the beta and played it for six hours one day. The day it came out right up until this very day I play it weekly. It’s one of those fantastic games to play with friends on your couch. The gameplay is simple and easy to learn but tough to master.  The developers constantly make updates. Adding more customization options, new arenas, and new game modes. Aside from the extremely hostile community that will taunt you endlessly for letting a goal in, this game is near perfect. It’s really a must own. 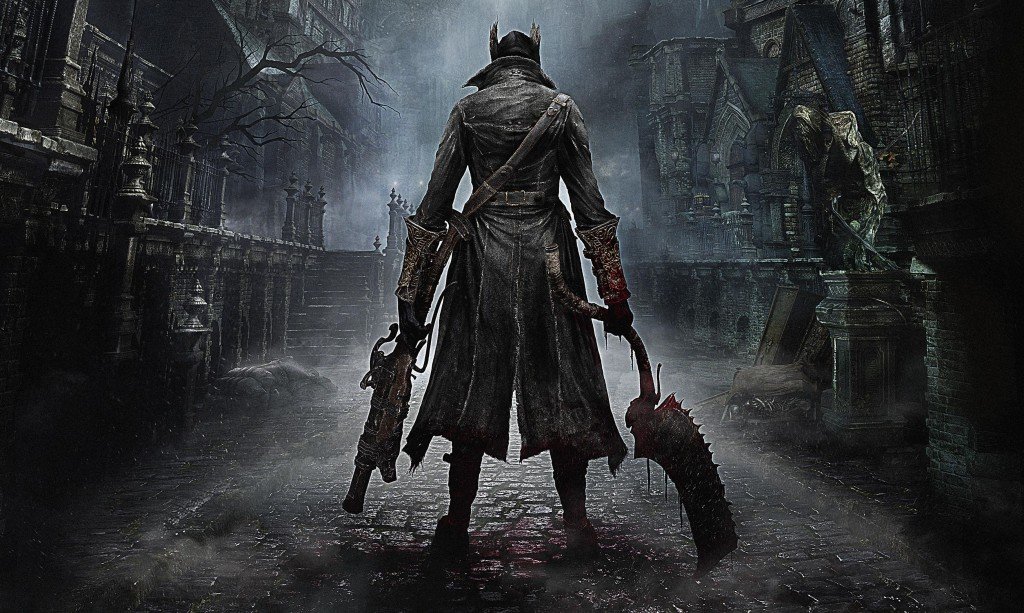 I’ve never liked any Souls game and didn’t care for Bloodborne all the way up to its release. It was basically an impulse purchase along with another game to capitalize on a buy-one-get-half-off deal. I was immediately sucked into the bloody world. When I wasn’t exploring by myself I was playing with my friend or on Reddit trying to decipher what the hell was going on. The fast and challenging gameplay with impressively smooth controls felt satisfying. And nothing, nothing, feels as good as finally conquering a boss that has been defeating you for hours. It was an amazing ride from start to finish. Bloodborne has some of my favorite gaming moments from this year and it was actually going to be my GOTY if not for one other game. 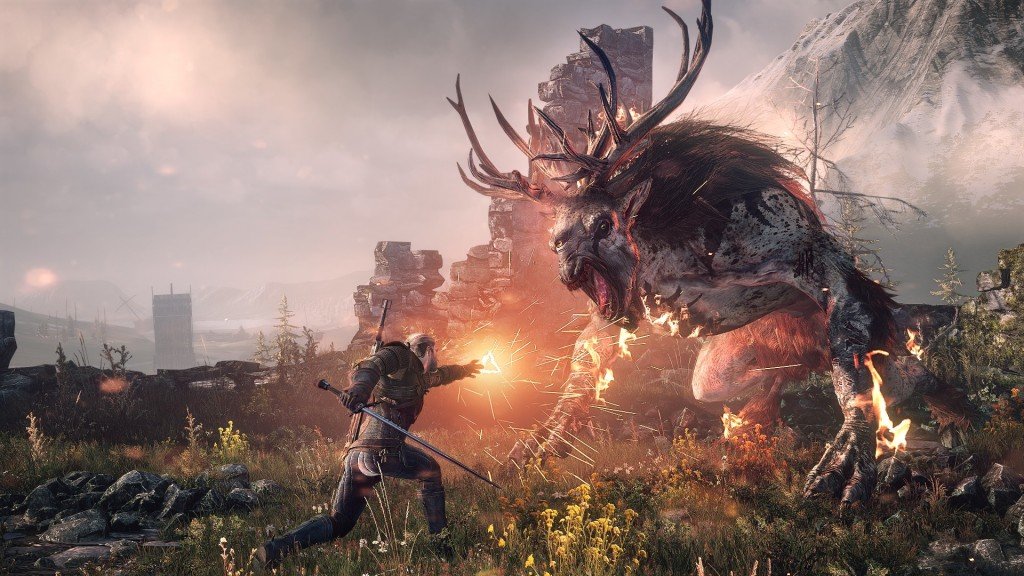 I don’t even know where to start with this one. It’s so massive, so deep, so fun, so undeniably awesome! Playing as Geralt in a fantasy world where people need you to slay monsters but hate you for being different is such a unique take in a game. Finding your adoptive daughter while fighting a horror story of dark elves…could it get any better? The story is long, full of decisions to be made, and all amazingly deep characters to explore. Not to mention the actual world has many caves and places to explore. Getting lost is half the fun and I stand by the claim that this is the best constructed (and filled) world we’ve seen in a video game yet. The story grabbed me so strongly that after completing the game, I went out and bought the books the game is based on.

The story, setting, and characters are what truly made me fall in love with Witcher 3 so strongly but the gameplay is nothing short of incredible as well. Some people call it slow and cumbersome, but it’s more tactical than just hacking and slashing. Deciding what skill tree you want will drastically change the way you play the game. You need to find proper armor and weapons to go along with your skills. Not only that but it’s in your best interest to read up on your enemies before facing them. Along with the overall theme of the Witcher series, this game isn’t just about brute strength, but intelligence as well. Maybe the wisest way to best a foe is to not fight him at all and use your charming words instead.

Witcher 3 has set the new standard for open world games and is truly a game other developers should look to as an example of what to do. And Gwent!

There’s my list. I believe this year was much better than the previous year in gaming and 2016 will be even better!