It’s often hard for civilians to know how to give their support to those serving in the military. Sometimes, it takes someone who has served to show us exactly what the troops want and need. Started by ex-Army Ranger Captain Stephen “Shanghai Six” Machuga in 2010, Operation Supply Drop is based around a simple, but unique idea: send video games to the troops, or as OSD itself states, “making fun where there is none.”

“While in Iraq in 2003, our infantry company received a crate of third-hand harlequin romance novels donated from a library,” says Machuga. “We ended up using them for target practice on the test fire range, but it was then I realized: people back home want to help, but they don’t know what the soldiers want.”

In order to support the troops with his passion for gaming, Machuga, who had previously worked in the gaming press, reached out to his contacts in the video game industry. Operation Supply Drop was born and has been working with the industry ever since to establish a connection between communities and those serving in the military through video games and digital entertainment. One of the more recent efforts of OSD is The Teams Program, which began in January. The program aims to create groups of current military members, veterans, and civilians to promote a community where anyone can relax, have fun, and feel at home. 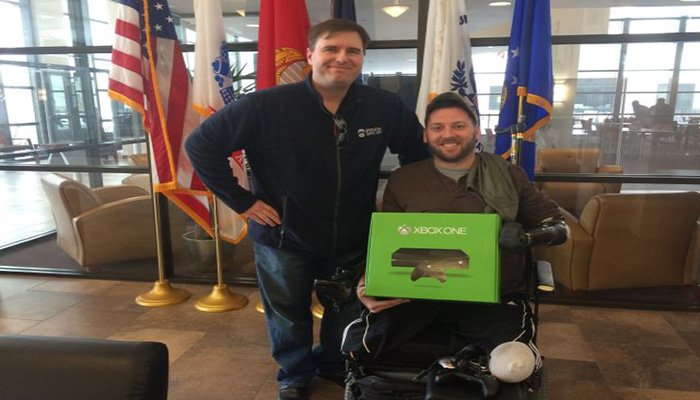 Stephen “Shanghai Six” Machuga with Adam, a triple amputee who served in Afganistan.

Machuga, who is both Founder and Chief Project Officer of OSD, and Glenn “Commander” Banton, Chief Executive Officer of OSD, were kind enough to answer a few of my questions about how the charity came to be and where it is headed.

New Gamer Nation: Could you describe the process it took to get that first gathering of Guitar Hero bundles and games from Activision to the troops? Has it been similar working with other publishers/developers?

Machuga: Thanks to my work in the gaming enthusiast press, I had built a stack of business cards of folks from inside the games industry that I acquired from various gaming conventions. When my driver from Iraq was deployed to Afghanistan, he reached out to me to see if I could manage to send some games, so I messaged every single one of those contacts, told them my story and hoped for the best. We didn’t get much response, but Activision’s Dan Amrich (Activision’s Community Manager at the time) set us up with with an incredible donation of a dozen or so Guitar Hero kits and various Activision products. It was that inspiring donation that gave me the courage to continue asking the games industry for support. Back then, we were lucky to get responses to our requests, but having made a name for ourselves, we’re now able to ask for what we need and we generally get it.

Banton: While it was very similar in the beginning, the relationship with the publishers & devs has changed significantly. What began as a “can you send us 6 copies of title X?” has morphed into “can you send us 25 copies per platform per quarter?” If they’re unable to fulfill our request, then we explore additional options and utilize fundraising to pay for titles at cost or at wholesale in larger quantities. It has become a massive scale challenge when it comes to requests, but we’ve done very well thanks to the support of our partners.

NGN: How many developers/publishers has OSD worked with since being founded in 2010?

Banton: Specifically for devs & publishers, I’d estimate in the 250-300 range. While we work with nearly 100% of the more well-known devs and publishers, we also have a very strong relationship with the indie scene.

NGN: How receptive have you found game developers and publishers to be to the mission of Operation Supply Drop?

Banton: Generally, they’re very receptive. There have been a number of international organizations that at first were concerned that we’re a US-centric pro-war organization, though I’m not quite sure why. We’ve done a lot to ensure that the narrative for what OSD does to support the troops is very much about the individual troops and not the politics involved. Additionally, we’ve made sure to promote how much support we give (as well as receive) to NATO allies. Once we’re able to clearly present the reality of what we provide, as well as how many active-duty and veteran troops are within these gaming communities, we find that they’re much more receptive to us and our mission. 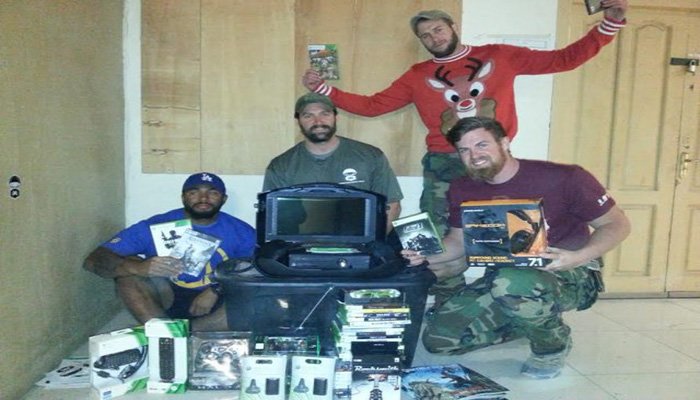 NGN: Under the “Future” section on your About page, you mention that, much like the United States and her allies, Operation Supply Drop is transitioning from wartime to peacetime support of the military. Could you describe some of the challenges associated with the transition and some of the things included in “increased on-base activities stateside?”

Banton: It’s actually not been a challenge at all, because it forced us to take a hard look at how our mission and associated programs can touch more of the veteran population. We’ll always have deployed troops to send care package to, but in addition we have our Thank You Deployment program, Veteran Owned Business Mentorship program and our locally based support program, The Teams.

NGN: Thank You Deployments (a program that provides new experiences in the video game industry for wounded veterans) have a short history, but seem to have been pretty successful so far. Could you possibly describe to me some of the best moments of this young program?

Machuga: Most of our Thank You Deployment recipients have never been to a gaming convention before. I remember my first Penny Arcade Expo, walking into that hall and thinking, “look at all these people that love video games! These are my people; this is my family!” I love being able to see that look in our recipients’ eyes when they first enter a convention and have that “woah” moment. When they see tens of thousands of people wandering the show floor, dressed as their favorite characters, or seeing a game that isn’t due out for another six months, they’re amazed. I love turning to them after about a half an hour of being on the show floor and asking, “so, what do you think?”, with a knowing grin on my face.

Banton: I can’t pick one individual moment from the program, because there have been so many that brought a smile to my face. Generally, I find the most amazing thing comes once a TYD has been completed: that most of our recipients ask us how they can help volunteer within our other programs. That tells me the OSD Family mentality we strive for is working.

NGN: What have been the challenges of launching the Teams Program this year?

Banton: The primary challenges we’ve faced start with the outpouring of interest from the community and us being able to intelligently grow the program while not losing sight of its purpose and mission. Second to this, we ensure that we support the individual regions and cities so they may thrive within the program. Part of this latter point is maintaining the roughly 50/50 veterans to civilian ratio that’s important to ensure we can maintain the purpose and mission of The Teams.

NGN: When do you plan on expanding to include Cleveland and the UK in the Teams Program?

Banton: This actually should be updated. We launched in the UK and at this point have official chapters of The Teams spun up in Seattle, Los Angeles, Las Vegas, Chicago, St. Louis, Atlanta, Central Texas, Mid-Atlantic, NYC and the UK. On deck we have Arizona, Colorado, and Florida, as well as Australia.

NGN: What inspired the creation of the Ambassador Program?

Banton: The formalization of the Ambassador Program came from a conversation with a great friend of the program, Kevin Dent. Many of our current ambassadors have been supporters or friends, but we never really had the “here’s what we need from you” discussion. By simply formalizing this program, these amazing people have been able to do even more for us within the context of our mission specific programs, such as helping hand-deliver supply drops to the troops, opening up doors for VIP experiences for our Thank You Deployment recipients as well as joining in local events for The Teams.

NGN: Operation Supply Drop aims to be what the VFW and USO have been to past generations of troops. How far along does OSD see itself in this mission and how does it see itself growing and expanding to meet the needs of this generation of troops and veterans?

Banton: We’re well on our way, but we have plenty of challenges ahead that I believe will most be associated with providing local infrastructure and enrichment programs held along with other partner organizations. It’s one thing to plan events in a local venue for a couple hundred members of The Teams, but what do we do when there are a few thousand members instead? We’ve brought Nate Serefine onto the OSD leadership team as the Program Director of The Teams, and with his leadership, I have no doubt we will be able to fulfill our current vision, both locally and globally. 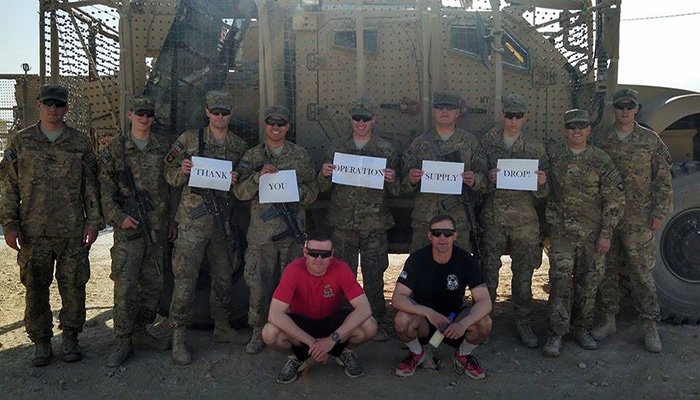