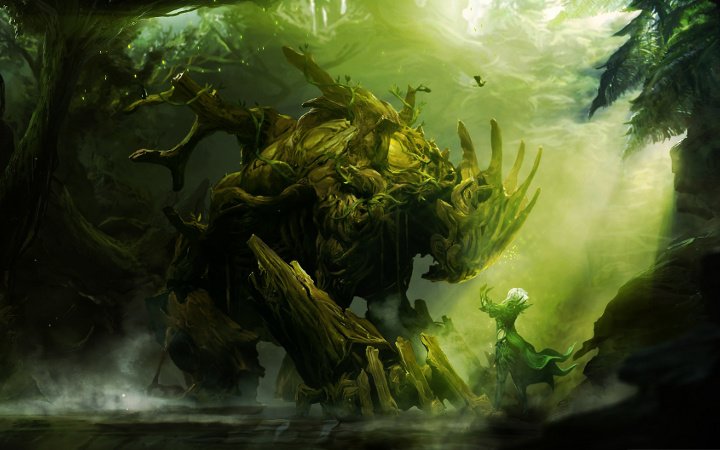 Guild Wars 2 is a great MMO, but it’s not without its flaws. I’ve played the game religiously since Christmas and—while I adore it—there are some features that never fail to irk me.

Ah, the infamous blue dorito. Originally meant to be, you know, helpful, the commander tag system seems to cause more problems than it solves. 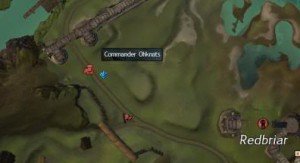 Disclaimer: I don’t play a lot of WvW. On the rare occasions I poke my head in, I get hopelessly lost or steamrolled by a zerg. But the times I have played, map chat is full of the same old thing. “Don’t follow that guy, he’s useless!” “Over here everyone!” “No, follow me!” “You’re just an LA commander you noob.”

The issue is that there’s no way to distinguish between “good” commanders and “bad” ones. Any rube with 100 pieces of gold can buy themselves a tag, gather up a bunch of eager soldiers, and lead them to a pointy death by arrow carts. I propose a color-coding system where commander tags change colors depending on the owner’s WvW experience level. It would be a simple way to tell which players spend their time on the battlefield and which ones prefer to show off their tag in front of the trading post in Lion’s Arch.

Another smaller problem is that there’s no way to tell which commanders are out to lead an army to glory and which ones tagged up just for the benefit of their guild. An option to make one’s commander tag visible only to one’s guild wouldn’t go amiss.

The Black Lion Trading Company, the in-game auction house, is many players’ primary source of income. Why is it, then, that the interface 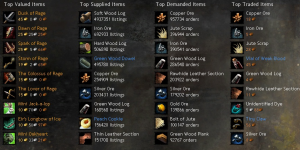 One of the things I hope ArenaNet tackles soon is a full-scale overhaul of the trading post. Streamlining the selling and buying process will be a major improvement to the quality of the game. Don’t expect any update like this soon, though—such a drastic fix will likely be difficult and take at least a few months to get right.

Now, I know what you’re thinking. “For a game called Guild Wars 2, there’s surprisingly little emphasis placed on guilds.” To which I say ha! The game isn’t named after the player-run guilds at all, but rather the three wars that took place between human guilds in Kryta, Ascalon, and Orr, the last of which ended in 1070 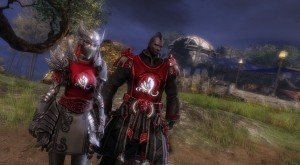 AE on the Mouvelian calendar. I totally didn’t make the same mistake and have to look up the origin of the name in the wiki to correct myself. Really.

Seriously, though, there’s something wonky about a game called GUILD Wars 2 that doesn’t do much to hold its guilds together. Sure, there are guild missions and guild puzzles, but what do they do, really? Outside of those activities, dungeons, WvW, and the rare PvE party, you never actually see your guildmates. That might not sound bad at first, but these are all combat-oriented activites. You can’t exactly stop to chat about Game of Thrones when an angry Nightmare Courtier’s blade is pointed at your throat.

Guilds need to have a relaxed, private space in which to gather and socialize. Guild halls would fit the bill nicely. In Guild Wars 1, guild halls became customizable hangouts for the guilds and fostered an increased connection with one’s guildmates. Get on it, Anet!

Ah, minipets. So tiny. So adorable. Such a pain in the ass.

Seriously, if my thief’s mini krait isn’t sniffing flowers a few miles away, he’s deactivating at every loading screen or sitting there like a lazy slob. 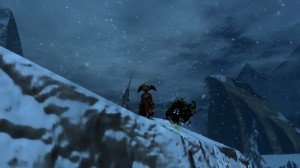 Come on Albert, liven up a little. You could at least get some idle animations, like fiddling with your weapons or slithering around my feet. You could even—and I’ve seen this bandied about on message boards before—go loot the corpses of my enemies for me. But no, you just sit there and do nothing. I’m getting tired of pulling the weight in this relationship.

But the worst part is that minis are classed as collectibles, so without an invisible bag, they’ll get returned to your bank every time you hit the “deposit all collectibles” button. If Anet overhauls the mini system, makes them livelier, and gives them a way to keep up with me, then I’ll gladly buy them all. Until then, just Albert will have to do. Lazy freeloader.

Getting tired of my complaining yet? Well, too bad, because we’re finally at what bugs me more than anything else. The one thing that I would change at the expense of all other changes. The world events, especially the dragons, are snoozefests.

What are supposed to be epic battles against the mightiest of Tyria’s enemies turn into repetitive gear grinds, hacking away at a dragon’s feet until it thinks, “screw this crap,” and flies off. At the end, you get a chest with a shiny new rare, but where’s the fun? Where’s the challenge? Where’s the sense of total badassness that comes with taking down a dragon? 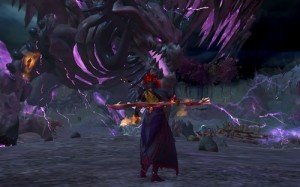 World events need to be more difficult. There, I said it. This won’t win me points with everyone, but trust me, you’ll feel more accomplished for surviving—and maybe thriving in—the battle. Jormag’s Lieutenant is a good example of where I want world events to go. The fight has multiple parts, during which players are required to perform several different tasks, like taking down ice walls with Pact weaponry.

Let me give you a better example. Imagine an overhaul to the Shatterer event. The dragon lands and its armor is initially impenetrable. Participants are forced to split into three groups. Two groups flank the dragon and, while fighting off hordes of minions, activate and protect Pact technology to keep the Shatterer rooted to the ground. The third group clambers onto its back and head to hit weak, exposed areas while it’s down. This fight would require a lot of teamwork and coordination on everyone’s part, instead of the current strategy of “stand off to the side and fling projectiles until it goes away.”

What do you most want to see changed about Guild Wars 2? Do you disagree with anything on the list? Tell us in the comments, and stay tuned to New Gamer Nation for my upcoming list of the five things I love most about ArenaNet’s MMO.