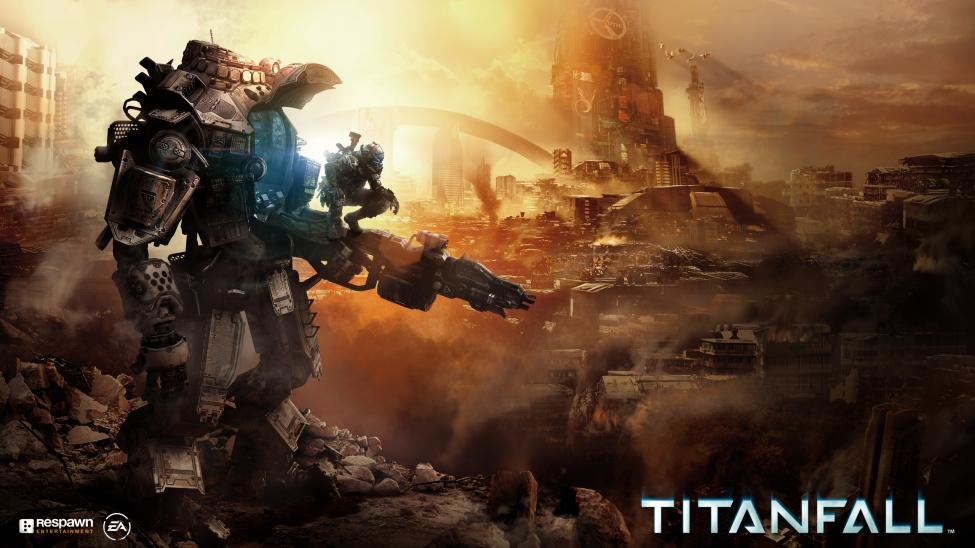 With the next-gen landscape starved for new games to fill out the libraries beyond the launch lineups, the arrival of not only a new game but an all-new IP has made a big splash. Triple-A multiplayer shooters are second only to sports games in sequelitis of a privileged few dominant franchises, so Titanfall comes with both a big opportunity for a breath of fresh air, but also a big responsibility to pull it off well. It executes on both counts, and now Call of Duty, Halo, and Battlefield have a new challenger in their midst.

This is such a multiplayer-focused game, the “campaign” is literally just some cinematics book-ending regular multiplayer matches, with scripted dialogue throughout. That’s it. There’s a handful of fun set-piece moments to be had, but not enough to make me tune in to any sort of plot. You’re playing against other humans online like you normally would, there’s just extra story elements added over top of it. By the way, these dialogues have zero bearing on the situation or what you’re doing at the moment. They play out whether or not you win or lose the match. It’s such an afterthought, clearly so peripheral to the core experience of the game that I have a hard time even being critical of it. I love a good game story, and I suppose players who need to have a story experience will be disappointed, but I need story in Titanfall about as much as I need it in Tetris. I have a feeling the game is going to take some flak for placing the fiction on the back-burner, but I just don’t care. It’s a low-value detail. My only real criticism is you’re forced to get through the campaign to unlock significant customization options. 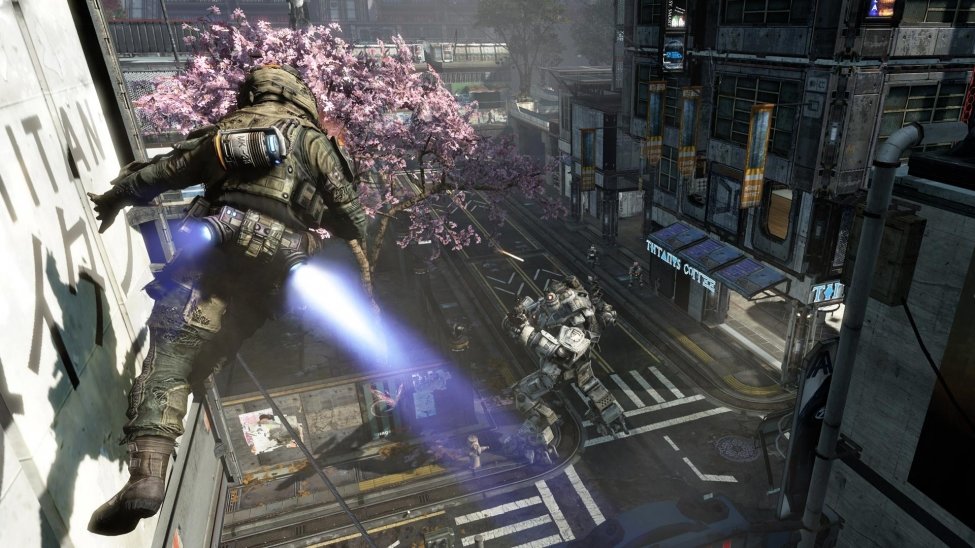 Those familiar with Call of Duty will recognize the mechanics skeleton that the Infinity Ward vets at Respawn Entertainment bring to the table. Sprint into a battle map, often in an urban environment, and hold the L-trigger to aim down your sights. The game starts to differentiate, however, when you jump and then double jump, catch a ledge on a wall or a window, or wall-run along a vertical surface for 20 feet or so. The speed and mobility of the infantry, called pilots, might take some getting used to, but you’ll find yourself dashing and gunning along rooftops and out second-story windows soon enough.

The slick parkour is the first major core mechanic hook to the game. The other such hook is summoning and piloting a 20-foot-high battle mech called a titan, and taking it into the action against opposing titans and pilots. Every player will almost certainly call down at least one titan in a game. Now your first instinct for your first titan is going to be a rush of power. You’ve played games before, you know that getting into the cockpit of a walking tank is a recipe for a rampage of explosions and destruction with your enemies fleeing before your unstoppable might. You point yourself to the biggest grouping of red dots on your mini-map and charge straight into the blizzard of rockets, missiles, grenades, and haymaker-throwing fellow titans. 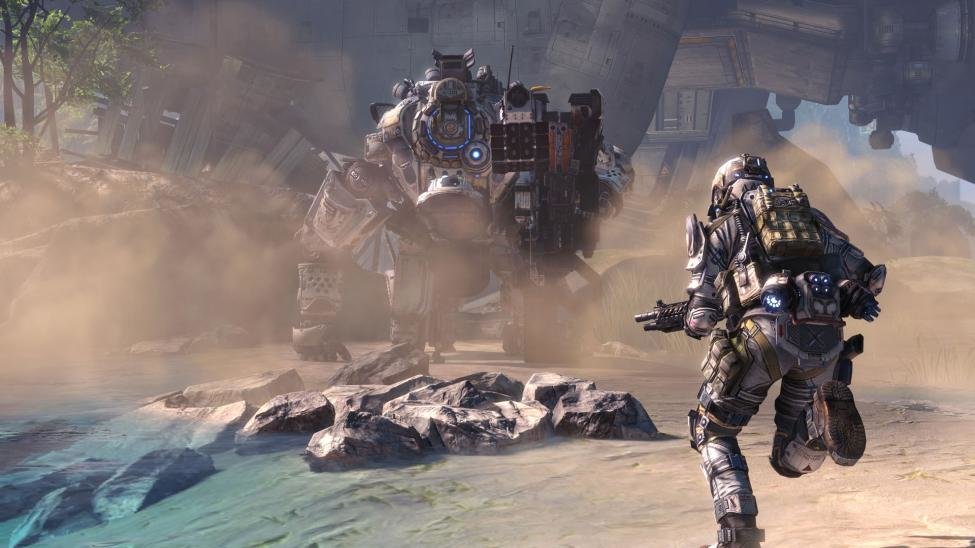 You blow up in 30 seconds, ejected indignantly from your titan, and this is actually the feature I love best about Titanfall. It’s a masterwork of game balance. Of course your titan is far from invincible – with 12 players all throwing titans into the mix, it would be stupid if they were. The truly impressive part is the dynamics between titans and pilots. A pilot isn’t going to match a titan’s firepower in open space. But a titan can have real trouble taking down a pilot who’s getting off potshots from inside buildings, and the pilots’ anti-titan weapons pack enough punch to be taken seriously.

I really love how this game punishes the reckless and rewards even the most rudimentary teamwork without slowing down the action at all. A titan is such a huge target, there’s just no way to avoid all the damage coming your way, but you can choose your ground to your advantage. If engaged by another titan, don’t expect to school it with sick stick skills and get out without a scratch. This isn’t Halo. Two enemy titans is just about impossible. The standard-issue paradoxically calm female AI voice pointing out “Caution: you are outnumbered two-to-one” is the designers’ way of driving home that it’s a very tough spot, even if you’re an ace in your titan. Conversely, however, I’ve been having a lot of success timing my titan falls to coordinate with a buddy of mine. We are more often than not rewarded for our patience with at least a few minutes of making short work of enemy titans foolish enough to wander alone. Furthermore, the pilot’s melee option against a titan is to “rodeo””: jump on it’s back and attack its machine guts. A solo player will have to park his titan, get out, and risk getting killed to engage the enemy pilot on foot, creating moments of pretty high-stakes parkour gun-fighting. However, with a buddy titan, I can just put my back to him and a few seconds (and urgent curses) later, he’s cleaned the riders off me. 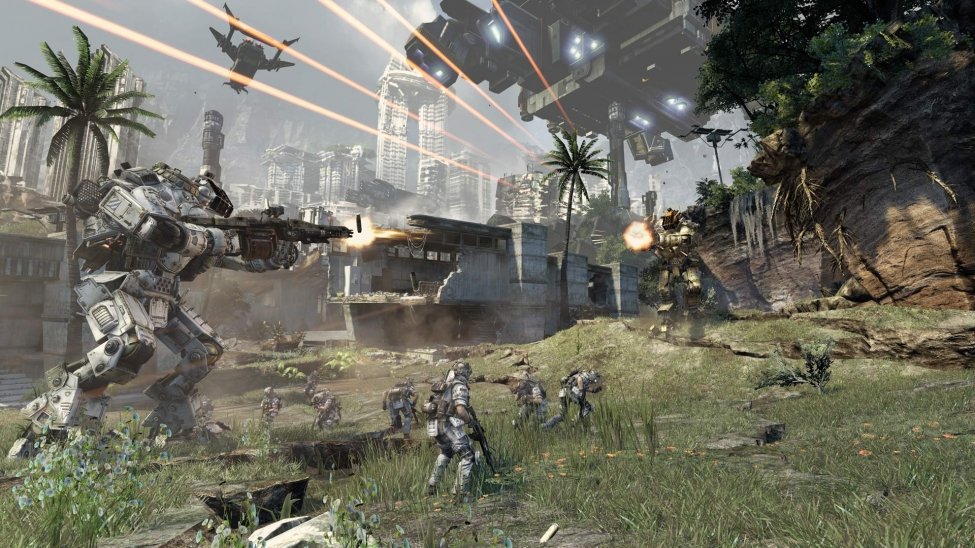 The level design dictates how these titan-pilot encounters play out, and is another shining example of the game’s balance. A complex town of multi-level houses, walls, and second-story walkways becomes a completely unrecognizable maze of corridors and open spaces in a titan. Managing space is a titan’s greatest weapon, but also its greatest weakness. It’s easy to think your titan has the advantage against an enemy, and then you find yourself in a rat’s nest of pilots pouring on damage from all sides. Some of the more exhilarating and satisfying moments of the game is bringing down an enemy titan as a pilot. Even soloing a titan is a possibility, if you play your cards right.

Customizable load-outs are the norm with shooters nowadays, and between your pilot and your titan, you have plenty of options for preferred weapons and perks. Again, the balance shines as each weapon fills a different niche, and I don’t really feel like any weapon is just straight-up better than any other one. In fact, my favorite pilot weapon is the very first one you can use as a level 1 pilot. There’s enough to play around with to keep your experimenting, but it’s not nearly as tinker-heavy as Call of Duty or especially Battlefield. 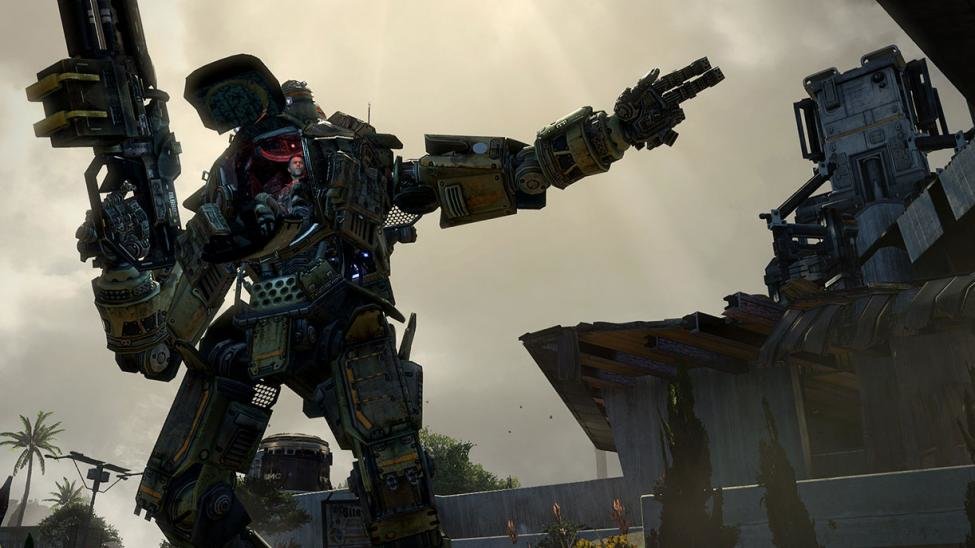 There are only a handful of game modes now, all fairly predictable reiterations of the team death match, capture-point, and capture-the-flag types. Most new players will find the routine action of Titanfall so fresh and different that it will be a long, long time before this game starts to feel stale. Each match seems to have its own narrative, with a prelude of pilot skirmishes, a crescendo as titans start to show up, and a climax as all hell breaks loose in a battle royale of titans. Victory goes to the side that better sees, predicts, and understands these phases and their cycles, which shift along with the maps and gametypes. I never use the fastest, most fragile titan for anything except capture-the-flag, in which it’s irreplaceable to how I play that game. Similarly, I rarely jump out of my titan and let the autopilot takeover except in the capture-point mode, in which the titan creates a ruckus outside while I work my way into the building. All of this nuance adds up to fertile ground for the sort of spontaneous moments of organic game drama players live for, and love to share with others.

This is obviously a critical year for the industry, it’s their best window to demonstrate if next-gen Triple-A blockbusters are going to be the same-old, same-old with a graphics upgrade or if this is a new dawn of innovation and design creativity. Believe the hype with Titanfall. With the splash this game has made, I’m having more optimism for the latter and a better vision of the future than I did a month ago.