Star Wars: Tiny Death Star is the new iOS game from LucasArts that pits you with the task of micro-managing a much cuter version of the Death Star, Darth Vader’s planet destroying weapon from the original 1977 film. It features that Star Wars charm fans know and love, while remaining accessible to kids and newcomers to the franchise. Also, it has some addicting gameplay hooks and a pleasant pixel art style that will keep you entertained and constantly checking your phone for the foreseeable future. 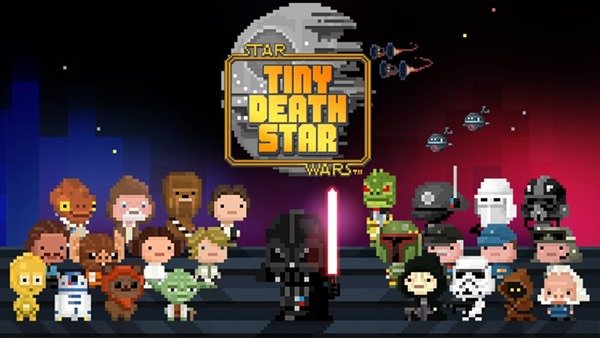 Immediately as I started playing the game I was struck by the pixel art style. Everything is rendered beautifully and the whole game pops with personality. The style fits perfectly with the limitations of the platform. Seeing a pixelated Ewok brings me joy I cannot express in words.

This game nails Stars Wars. Everything from the music, characters, locations, and sound effects. It is all dripping with that sweet Star Wars goodness. You can tell the developers put time into crafting something worthy of the name. Star Wars wasn’t just slapped on there to cash in on the brand recognition. This is a love letter to fans; however, someone not knowing anything about Star Wars can still jump right in, as the gameplay is accessible to non-fans and children, too. 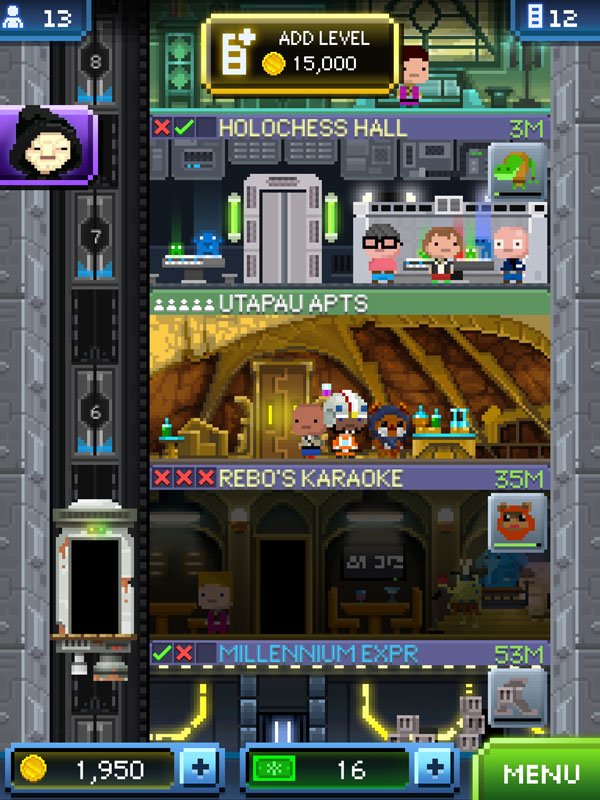 After a brief introduction with the Emperor and Darth Vader, you are thrown into a situation where you must manage the Death Star. Sadly, you aren’t blowing up planets. Instead, you are completing missions given to you by the Emperor, which inevitably have you: hiring workers, building more levels (shops, restaurants, apartments), and keeping the stores and businesses stocked with goods. Anyone familiar with Rollercoaster Tycoon or any other game that has you managing a business/town should feel right at home.

The core game involves lots of waiting around, as each task you initiate takes time, ranging from 1 minute to 5 hours in real time. The addictiveness of the game comes in here. Often times I would initiate tasks, do something else, then come back when I felt like it was complete to check my progress, and do some maintenance. This is how I enjoyed the game in short bursts throughout the day.

The nuances of the gameplay come from deciding which job you want the residents to have, as well as determining when to spend your Imperial Bux, which is earned though buying with real money, or by completing tasks. All the characters have different stats for each type of position. Finding the right position for the right character is crucial, because it results in a faster workflow and more money in your pocket to build more levels and progress in the game. So, for example, you don’t want someone with a food stat of 3 working at “Mos Espa Cafe”, you want them working at “Rebo’s Karaoke” because their recreation stat is a 9. The character stats add a much appreciated amount depth to the experience.

The game gives you Imperial Bux when you perform special tasks, like catching a rebel spy. You use your Imperial Bux when you want to expedite the time tasks take to perform. You need to manage when is the appropriate time to spend them and when you might want to save them for later. The Imperial Bux system adds tough choices to the game. This is also where the micro-transaction aspect of the game comes into play. You are given the option to buy Imperial Bux with real currency. The cheapest being 25 Bux for $1.99 and the most expensive is 2000 Bux for $99.99, which seems completely outrageous to me. I understand this is a growing trend in iOS games, but there seems little justification for it. What I like so much about Star Wars: Tiny Death Star is that it’s free, but it’s not forcing me to put money into it to get any enjoyment from it. It stands on its own as a free game. 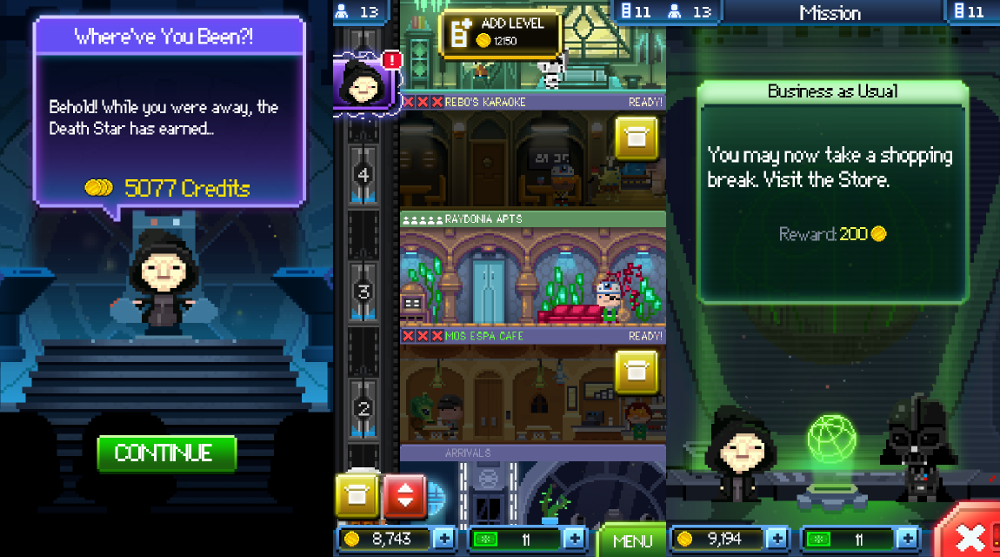 Each new resident you get is entirely different looking from each other. One might have an eye patch and green hair, while another is bald with a cape. Also, the appearances of your residents are customizable. You can choose from hundreds of presets they give you. Picking how they look works to endear you to the characters. Another little touch I liked in Star Wars: Tiny Death Star is when you stop playing the game, then come back to it, the pixel Emperor spins around in his chair like an evil badass, and reveals how much money you earned while you were away. Every time he does this, I can’t help but to smile. Also, randomly, scenes will play out with established Star Wars characters, like Princess Leia or Lando having a shootout with some stormtroopers. These are fun departures from the basic gameplay and can be watched anytime through the menus.

My only complaint about the game is that you see all it has to offer, gameplay wise, fairly early on, with not much variation as you play through. The joys of playing the game deeper come from seeing the different shops and building your Death Star empire higher and higher.

Star Wars: Tiny Death Star comes together to be an incredibly well made fun new addition to the iPhone games library that is perfect for any Star Wars fan. Just don’t keep checking it at work like I did.

Did you like this? Share it:
Evil Has Never Been So Cute | Star Wars: Tiny Death Star Review
Positives
Negatives
8.5Overall Score
Reader Rating: (0 Votes)
0.0