The PlayStation Vita has become a harbinger of an interesting array of titles. Once marketed as “console quality gaming on the go,” it’s now become a device that suits JRPGs, indie games, as well as puzzle games the best. Surge Deluxe, a puzzle game on Vita, brings a fun, appetizer-sized option to the system that caters very nicely to fans of fast-paced on-the-go gaming. 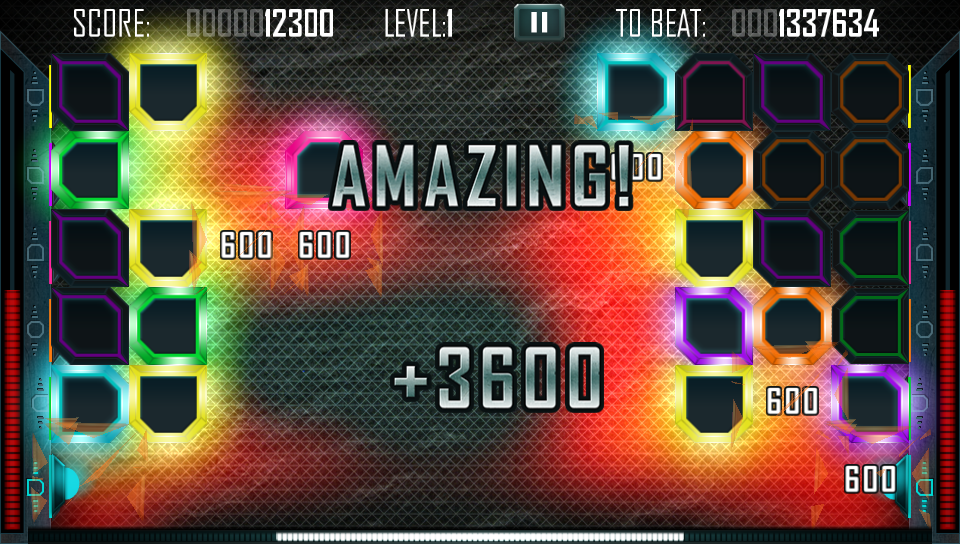 Surge Deluxe is a fairly simple game, as you’ll only be using the touch screen when playing. Blocks appear on screen, and it’s your job to draw a line that connects as many of the same colored blocks as possible. While this is happening, meters on both sides of the screen are filling up with pressure, and it’s your job to relieve that by opening valves. This can be done by eliminating the blocks that are in front of the valve switches, which you can then connect with parallel valves to decrease the pressure. When activating a certain colored valve, it then makes all of the same colored blocks worth more point.

Surge Deluxe isn’t necessarily a hard game, and while it still requires quick thinking, it relies more on planning big combos than anything else. Using special blocks that change color, multiply scores, and connect two different colors are the key to getting high scores and your name painted on the leaderboards. It creates an interesting dynamic of hastily combining blocks while strategically plotting out what can give you the best combo. It is satisfying, to say the least, and it makes your indecisiveness your biggest enemy. 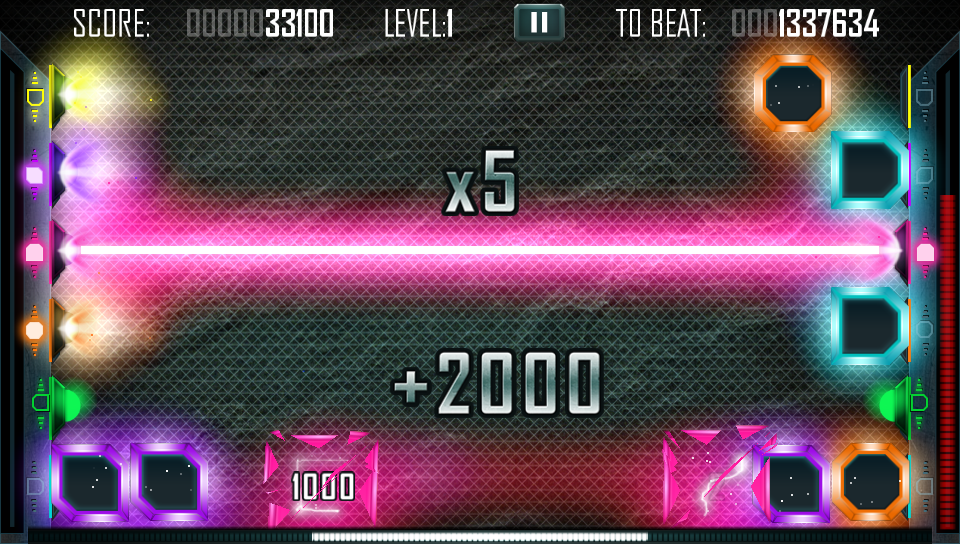 A glaring issue with Surge Deluxe is its lack of a handful of game mods. By itself, the gameplay is fun and frantic, but its appeal decays fast. The only other mode you’ll find is a Puzzle mode, which focuses on creating scenarios where you have to get a certain score by creating certain combos. These levels are actually quite fun, but the mere 15 levels won’t keep you there for long, and replaying them is only satisfying if you’re trying to improve your high score.

Surge Deluxe is an excellent time waster, and its initial fun is addicting, but the lack of game modes halts the game from being able to provide a diverse and expanded experience. That initial addiction I had when I first started playing wained a tad when playing for extended periods, but came back after some time away from the game. Surge Deluxe can be an excellent accompaniment to your Vita library, as its short matches and leaderboard chasing is bound to cause some great competition.

This review is based on a review copy of the PlayStation Vita version of Surge Deluxe by FuturLab.