Elder Scrolls Online fans got some more information about a new collectors edition for the upcoming game. The new edition is called The Elder Scolls Online Imperial Edition and it includes the following items:

For those interested in the edition, you can pre-order it for $99.99 at participating retailers.

The Elder Scrolls Online will be available worldwide on April 4, 2014 for PC and Mac users. Versions for the PlayStation 4 system and the Xbox One will be arriving on retail shelves in June 2014. 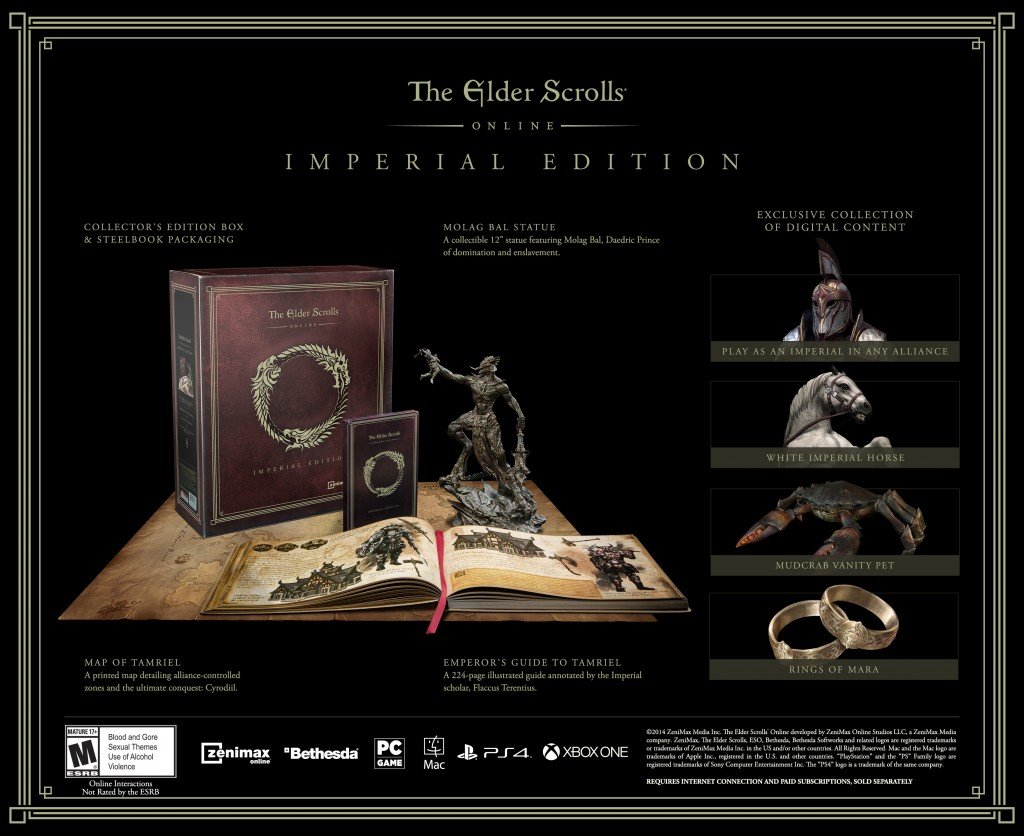