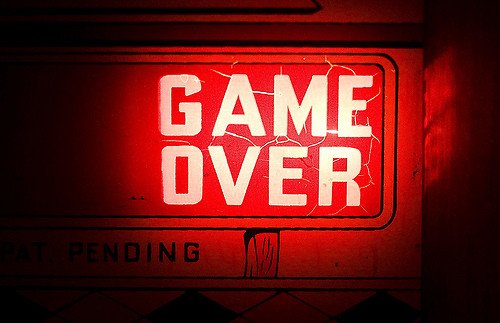 I am sure that you’ve heard that the single player campaign is dead, but I am here to declare that without the single player element, games as a whole, are dead.  It is a bold statement but the evidence is all around us and it seems like no one is paying attention.  It seems like you only hear about the next big multi player experience whether that comes from Battlefield or Call of Duty but isn’t there more to games than just a death match?  Not only I, but the rest of the gaming community, screams an unequivocal yes.  Let us explore how we are saying just that.

EA Games label president Frank Gibeau was quoted as saying “I firmly believe that the way the products we have are going they, need to be connected online. Multiplayer is one form of that.”  Is that really true and if it is how do you account for the success of Mass Effect series, God of War or Final Fantasy?  The answer is you can’t, based on the theory that every game you play has to contain some form of online connectivity to be successful.  I would be the first person to say that multiplayer games are important for gaming, and just based on the sales of the Call of Duty franchise and the public reaction the the PSN outage, one could plainly see that.  Despite the overwhelming popularity of online games, there still is and always will be, a place for single player games.

Games originally started out as multi player experiences only.  Whether you consider Tennis for Two or Pong as the first game ever created, they both needed two players to play the game.  Games, in general, stayed that way until gaming technology improved enough to allow artificial intelligence to take over the control of the opposition.  From that point on single player and multi player have formed a symbiosis with one another and they co-existed peacefully for decades.  The reason for that is you can not predict or force another human player to act or play a certain way.  There are always going to be the people that shoot their own team mates, drive the wrong way on the race track and curse you out over the headset.  The single player campaign was a safe haven against outside distraction where you could play a game and learn to love it for what it is.  It was a paradise where your team mates never shot you, your opponents always drove towards the finish line and you never got cursed out unintentionally.   More importantly than the controlled game play is the fact that games can tell you a story and really show off their artistic sides.  The whole reason why Square Enix is still around is because of the way they told a story through the single player campaign.

If the games industry would move to an all multi player model, I see nothing but disaster ahead.  Sure the multi player fans would be happy to begin with but where would the story telling go?  How could you stay emotionally locked into a a story if you are playing the game by the rules while your human controlled team mates are doing 360s in the corner.  People are just too unpredictable and you can put money on the fact that the same people that bought the game are going to be the ones that prevent other users from enjoying it the way the game was designed to be enjoyed.  That is not a sustainable business model and I see it going down by the wayside.  There is only one multi player only game that has found overwhelming success and is worthy of changing an industry over and frankly one game isn’t enough.

Frank Gibeau also said “be it co-operative or multiplayer or online services – as opposed to fire-and-forget, packaged goods only, single-player, 25-hours-and you’re out. I think that model is finished.”  Here is where I agree with Gibeau.  You can’t allow studios to rush through and push out a “fire-and-forget” product.  You have to let them feel out a concept and make the game that they are passionate about.  That is why you shouldn’t push developers to meet certain deadlines.  The game industry would be much better off left to their own creative licenses and the sooner publishers realize that, the closer we all get to gaming nirvana.  Too many times do studios get forced into making a single player game about a movie or something like that and get strong armed into making this single player game in a year or less.  Those are the times that you see a terrible game and those games make people think that the industry at large would be better off multi player only.

I say that single player games are what make games great.  We gamers have such fond memories of those certain single player stories that stay with us as closely as our favorite movies do.  It’s important to the gaming industry that we experience games for the art forms that they are rather than the multi player entities than can become.  That isn’t to say that multi player games can’t be great themselves but there isn’t a reason to push one more than the other.  The more variety and choice we have as gamers, the further the industry can go.  If the only game we could play was Call of Duty and its clones, the gaming landscape might as well be a graveyard.  We gamers deserve more and we should make sure that the publishers know that.