Darkest Dungeon represents all that is good about indie games today. It’s relatively cheap, has great art, solid game design, intuitive interface, and great atmosphere. Darkest Dungeon offers a unique, well thought together and constructed gameplay experience. An essential aspect of this experience is permadeath. Permadeath is not a new idea but one that has become fairly rare. 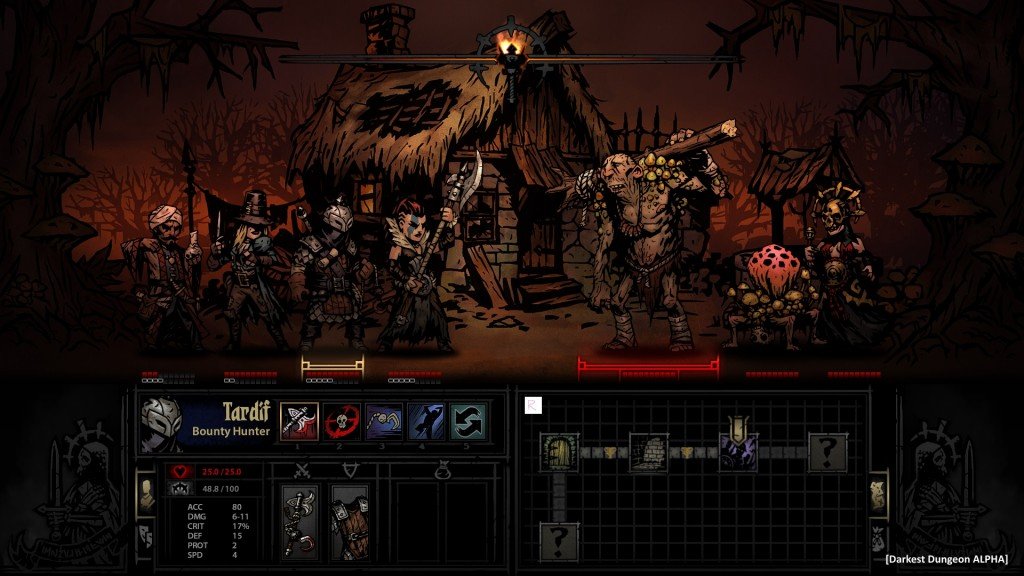 In so many games death is a momentary delay. A shooter in the style of Cod puts you out of the action for seconds. Dying in Zelda loses the player time and some items but not much else. Party wiped in Final Fantasy? Regrind, level back up, get gil back, fight again. This makes the mechanic of death more of an inconvenience than something to be feared. And in certain games that is the point. But there are such rich game opportunities when death is more threatening. Counter Strike is a shooter in which death is much more detrimental, and therefore makes the combat more exciting and tense.

When there is more to lose there is more tension. In DD the player customizes a team and watches them grow: slowly tinkering with different party combinations to find the best combination. Watching a party wipe isn’t a temporary setback, it’s the eternal loss of those characters and the time it took to craft them. That makes the threat of death in combat far more stinging. Fire Emblem is another great example of the tension of permadeath. For not only does the player lose the characters stats, but the characters relationship, plot lines, and dialogue options are gone forever. High stakes indeed. 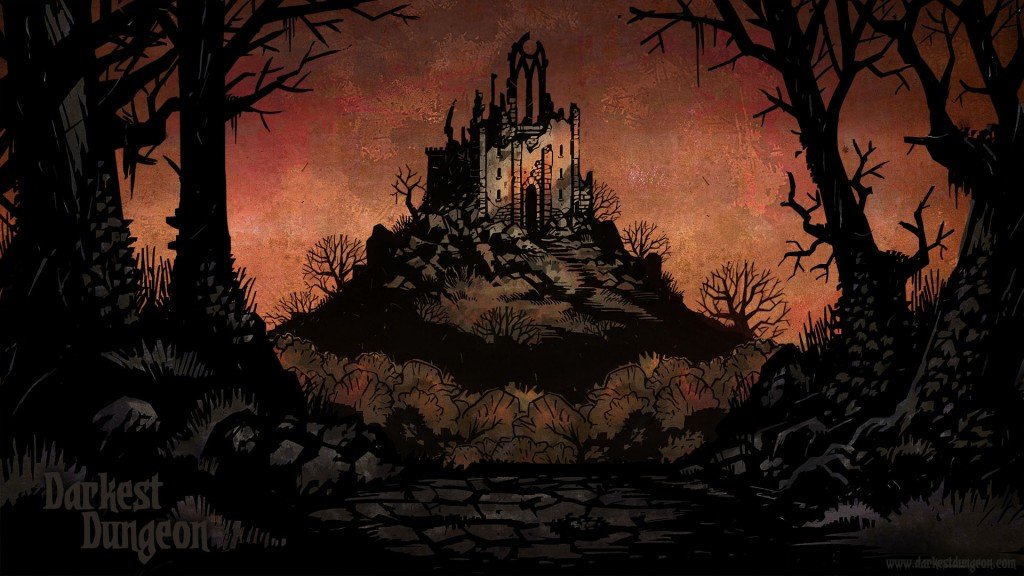 The flip side is that permadeath can be very frustrating. Time and effort put into a character can be lost in an instant and not necessarily due to any mistake the player has made. Darkest Dungeon has some instances where the game decides you are losing a character (drinking binges etc.) which can feel somewhat unfair. A bad roll, the wrong circumstances, and continued failure can really bring down a play session. Balance is essential. Final Fantasy tactics advance only had permadeath in areas called the” jags.” Most of the missions in the jags were mostly optional, so the effect of permadeath was largely lost. But it was a good idea for balance

The key to permadeath is having a combat system that allows for choice and fine control. X-com is an excellent example. Most times a death in X-com is from a tactical miscalculation, a lapse in judgement, or a brash gamble that didn’t work out. In other words it’s on the player. Similarly in Darkest Dungeon a player can have high success by knowing class synchronization, proper equipment, rotation between parties, and when to pull out. Though there are factors out of a players control, there is a great deal they have agency over. Systems with permadeath rely on a combat system that allows a player to make tactical decisions and be rewarded. 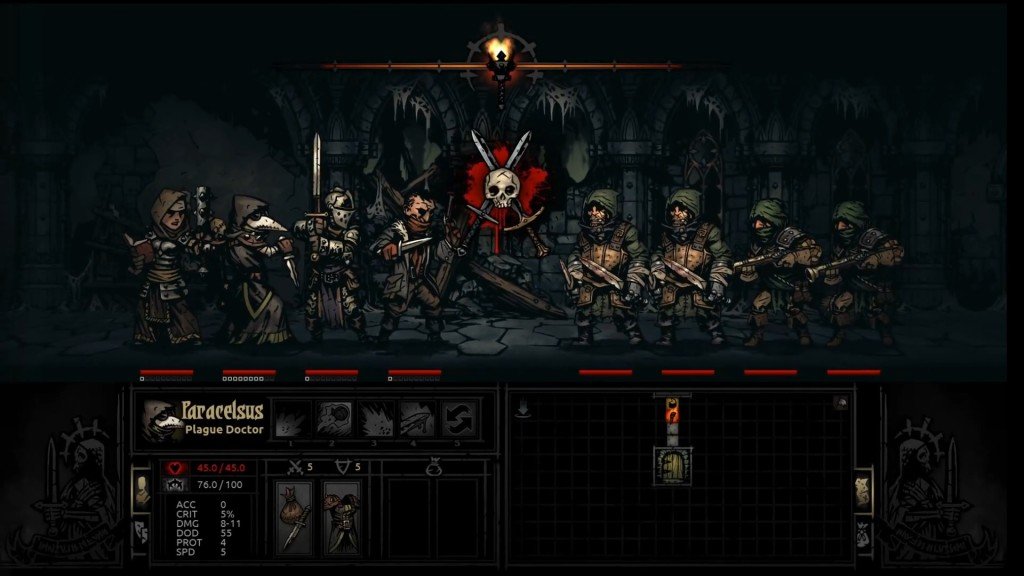 Permadeath also helps build a dangerous feeling world, something Darkest Dungeon achieves successfully. Not only can your players be murdered in Darkest dungeon, but they can (and will) slowly acquire negative traits that make using them more problematic. In this way Permadeath almost happens slowly before the players eyes. This coupled with the possibility of players snapping, disappearing, and dying, creates an amazing atmosphere of anxiety which matches the tone of the game. It certainly does feel like an abysmal medieval town where new adventurers arrive weekly in carriages to replace the dead and dying in a never ending cycle of blood and insanity.

Part of the reason this is enjoyable and not utterly frustrating is that Darkest Dungeon is simple where it needs to be so it can be complicated (or “rich”)in the right ways. Darkest dungeon has 10 classes. Each class has 7 abilities to unlock (all of which are the same for each class). There are 4 positions on the battlefield and each class has a different relationship to said positions. Weapons and armor can be customized as well (and the town can, there are more mechanics etc. etc.). This is a fairly simple base, simple to understand. The complicated bit is how to customize and combine these classes, abilities and positions. The fun is the strategy of this complicated and vast option list. Characters are very archetypal, and in this way it allows the player to recover quickly if players die. The simple number of classes and abilities allows for quick understanding of how to rebuild a party. 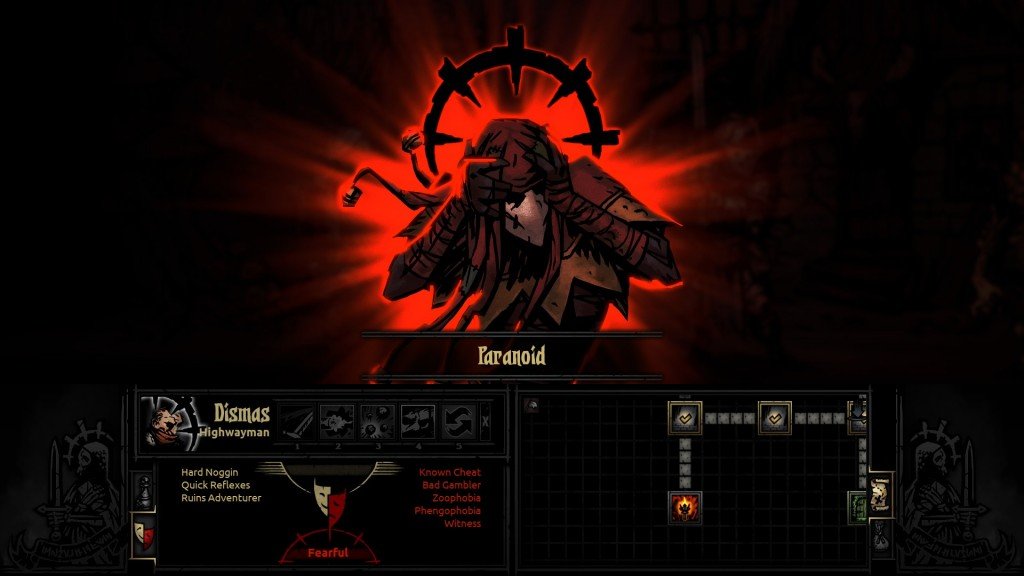 When death means something in a game, when it removes a character forever or changes an experience irreversibly, it leaves the player with a unique narrative. The game doesn’t need a story with cutscenes or text scrolls because the story is in the details of the game mechanics. The story is in the details of battle, or struggle, of conflict. If your friends have Darkest Dungeon, you know this, because you have heard them rant about that time they lost their best character. Or the time they were almost killed but stole victory for the jaws of horror.