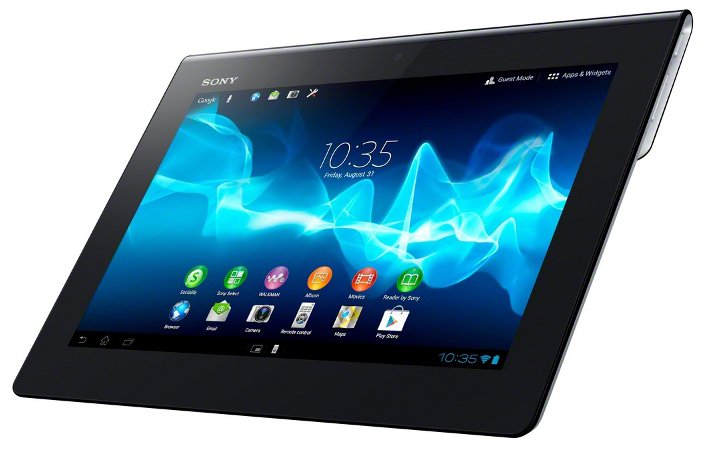 Sony perfected the television screen, and New Gamer Nation is happy to report that Sony’s expertise in this field translated to their tablet department. The screen’s vibrant color display can rival any other tablet on the market today. For the most part, tablets come in traditional 10-inch or 7-inch variants. This leaves little room for a tablet’s design to stand out from the pack.  The Sony Xperia Tablet measures 9.4 inches and has a unique folded back side. Also, the Xperia is packaged with a screen that is splash-proof, giving bathroom gamers a sense of security in case something were to go wrong. Sony has set the bar quite high for anyone looking to make a tablet with a premium screen. 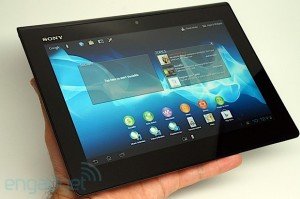 The Sony Xperia Tablet is powered by a quad core Nvidia Tegra 3 processor. This processor has more than enough power to run the most advanced games with no issue. In fact, when the tablet was tested with the Quadrant Standard Edition application that measures the CPU, I/O, and the graphics, it out-performed the Asus Transformer Prime and the Samsung Galaxy Tab 10.1. If you want to test your own device, be sure to download the Quadrant Testing app here.

The Sony Xperia ships with Android 4.0 Ice Cream Sandwich, even though Jelly Bean is the most current version of Google’s operating system. Android fragmentation has always been an issue with Google-powered devices. Unfortunately, Google leaves it up to the device manufacturer to decide if they want to port to the newest OS. This is a minor inconvenience, however, as Google users have experienced this before.

Availability of Games: 7 out of 10

There are plenty of games currently available for download on this device from the Google Play Market Place. Additionally, adapters of this tablet will be given suggestions for games that are recommended for the Xperia. However, Sony has made some mistakes in taking this tablet to the next level. While the Xperia does suggest titles to work with the device, the Xperia is not Playstation Certified. Having this certification would have ensured that Xperia Tablet could run Playstation Mobile content perfectly. 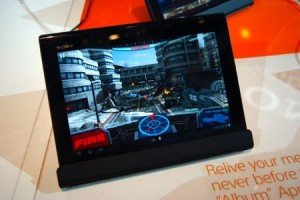 tablet. New Gamer Nation has tested the device and feels that the average tablet user will get a full day of use from a full battery charge, while the hardcore gamer will see only about four to six total hours of gaming. That said, the Xperia tablet has enough battery power to be considered a serious contender when tablet shopping.

Overall, we were impressed with the Sony Xperia Tablet. The Xperia Tablet is able to rise above the numerous mediocre tablets currently available, and should be considered by anyone looking at purchasing a mobile gaming tablet. Therefore, we give the Xperia Tablet an 8.25 out of 10.