I remember always dreading the first day of school as a kid. Having to make new friends, worrying about homework, and waking up early were my biggest concerns. After playing Danganronpa: Trigger Happy Havoc, my concerns about school are minuscule in comparison, as the deceiving Hope’s Peak Academy is one of the deadliest places you could possibly imagine.

Danganronpa pits you in the role of Makoto, a self admittedly average student. Makoto was the lucky winner to be invited to attend Hope’s Peak Academy, a school that only invites the best of , or “Ultimate,” as they call them, students in their respective field. This can range from the “Ultimate Pop Star” to the “Ultimate Gang Leader.” 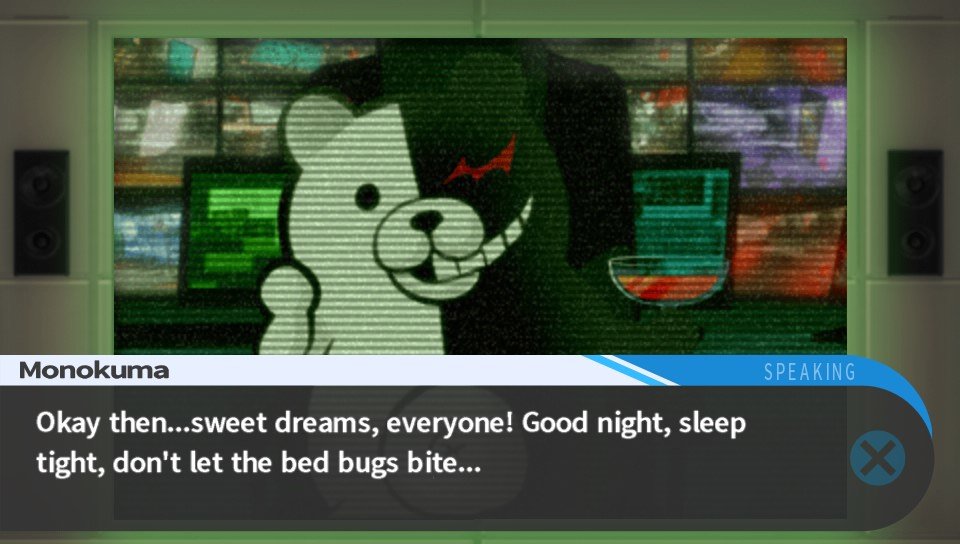 Makoto is given the title the “Ultimate Lucky Student,” but as it turns out, he’s anything but. You see, Hope’s Peak Academy isn’t the illustrious school it’s made out to be, in reality – it’s a death trap for any student who enters.

Makoto and the 14 other students with him soon realize that this isn’t a normal school. Cameras, automatic turrets, and plate-covered windows fill the school, and the only thing they all need to worry about is trust and survival.

This “prestigious” school is run by an evil teddy bear, known simply as Monokuma. It isn’t known who is controlling Monokuma, but it’s for certain whoever it is wants to see some bloodshed. Monokuma tells the students that the rules are simple: they must start killing each other, or they’ll have to live inside the school forever.

The majority of your time in Danganronpa will be spent navigating the school, conversing with classmates, building those relationships, and trying to understand the mystery behind Hope’s Peak Academy. The game shifts from socializing with classmates to a full blown murder investigation when your classmates are found dead. Fans of the Phoenix Wright series are sure to find solace in this aspect of the game, as you’ll be sniffing around for clues, and then using those clues for the class trials to decide the fate of the students. 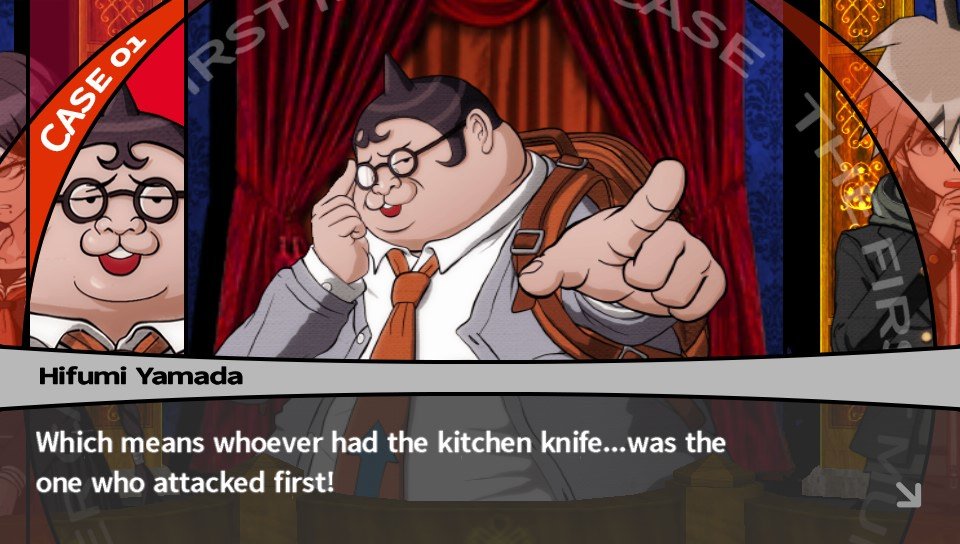 Class trials are intense, as the fate of you and your classmates is always at stake. Students will have statements that pertain to each case, and it’s your job to use clues to prove facts either true or false. These facts are called “truth bullets,” and you must fire them at the text in question, which will prompt Makoto to use some evidence to back up or shoot down someone’s claim. Dialogue can move fast, so it’s your job to pay close attention to the case so you and your classmates don’t end up dead.

Danganronpa’s great writing, diverse set of characters and plot twists are sure to make it one hell of a ride when it’s all said and done. I’ve played about three chapters out of the total six, but I dart right back to my Vita whenever I can get a chance to play, as the addictive story and unpredictable nature of your fellow classmates always has me itching for more, and the chance to find out exactly what is really going on at Hope’s Peak Academy is sure to have an epic climax, indeed.

Danganronpa: Trigger Happy Havoc releases exclusively for the PlayStation Vita on February 11th in the US and February 14th in Europe.

This preview is based on a review copy of the game Danganronpa: Trigger Happy Havoc for the PlayStation Vita by Spike Chunsoft