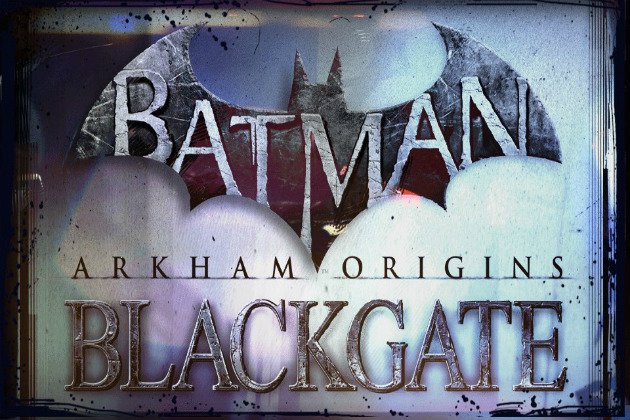 The expectations for a Batman title nowadays are substantial. The two critically acclaimed titles from developer Rocksteady has set the bar so high that anything short of brilliant pales in comparison. Bringing the franchise to a handheld and capturing the same expectations is no easy feat.

Armature Studio, a team made from veterans of the Metroid Prime series, delivers to the Vita and 3DS Batman: Arkham Origins Blackgate, a Metroidvania-style sidescrolling adventure game. While the other Arkham titles focused on a mixture of combat and stealth, Blackgate takes more focus in exploration and puzzle solving.

Blackgate takes place three months after the events of Batman: Arkham Origins. While chasing Catwoman on the rooftops, Batman receives word that Blackgate prison has been taken over by Joker, Black Mask, and Penguin, who each have staked claims to the three sections of Blackgate. Batman then travels to Blackgate to unfold the mystery of how the uprising happened, and sets out to stop each villain before the night ends. 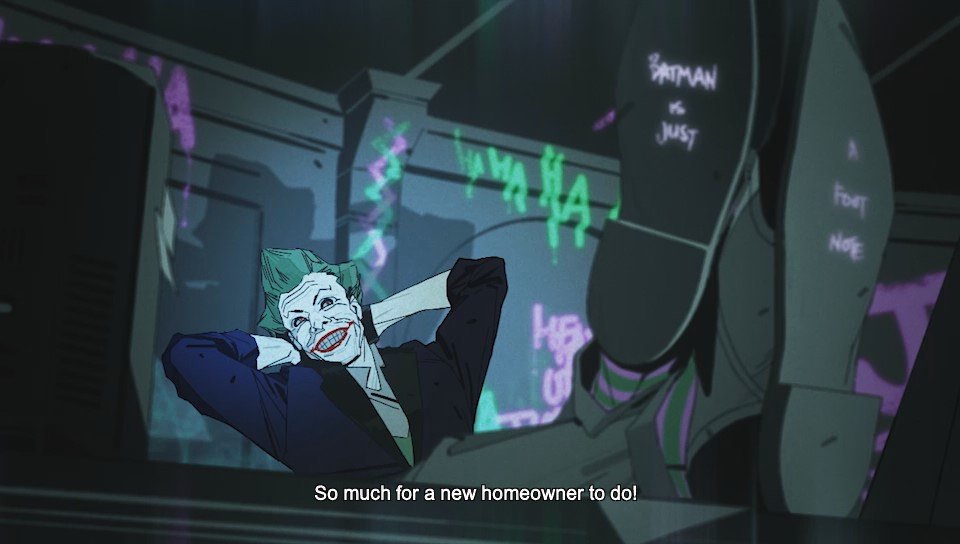 The voice acting in Blackgate is top notch.

Blackgate’s story is told through slightly animated motion comics, which vary in quality. The main cast of Arkham Origins make their return for the handheld title. Roger Craig Smith and Troy Baker, who play Batman and Joker, respectfully, both continue their strong work and provide great dialogue delivery for their characters.

The initial campaign of Blackgate will only take around seven to eight hours, but the game is also built around completing multiple playthroughs to see and collect everything the game has to offer. All three bosses can be fought in any order, and the order you select will determine the ending you get, as well as what costumes you will unlock.

Visually, Blackgate won’t wow you like its console brethren. Having to put the title on both the 3DS and Vita have placed constraints on the latter. Even on the 3DS, the visuals aren’t on par with some of the better looking titles we’ve seen on the system. Characters and environments on 3DS have a low resolution and leave much to be desired. 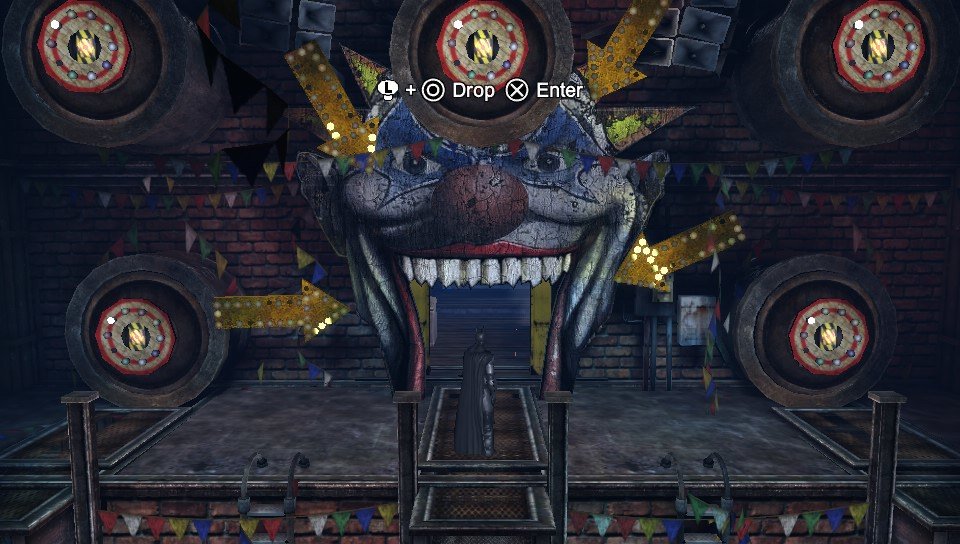 The Vita brings with it much more polished visuals, and even though it isn’t one of the best looking games on Vita, it still is a large improvement over the 3DS version. Textures are smoother, but characters and environments still aren’t up to par from what we’ve seen the Vita achieve from titles like Uncharted: Golden Abyss and Killzone: Mercenary.

Contextually, the environments of Blackgate Prison make sense, but with constricting itself with similar colors, it makes every room blend together into a boring environment. The same dark, grey pallet is used for almost the entirety of the game, sans some elements in Joker’s areas of Blackgate.

The combat in Blackgate is nothing like the smooth and responsive combat we’ve come to see from the previous Arkham titles. Not only does the combat feel clunky, but chaining together combos is a near impossibility. In the console versions, Batman locks onto an enemy when entering freeflow and can jump back and forth to help build a combo meter, but the automatic lock-on only works half the time, and it’s seemingly random. Various times in combat, I’d rely on believing that I’d move toward the direction I was aiming at only to be left punching the air and losing my combo.

One of the biggest problems I faced when playing Blackgate was the recognition and timing (or lack thereof) of button presses while in combat. For example, when facing an enemy with a stun baton, it’s required to jump over the enemy and hit them from behind. When I tried to accomplish this, most of the time the game wouldn’t recognize my attempt to jump over the enemy as soon as I pressed it. This allowed other enemies to land shots on me and break my combo. In a game’s combat that relies on landing precise shots and timing attacks, this makes combat frustrating.

Furthermore, taking away a dimension from the combat makes targeting certain enemies a luck of the draw. When a knife-wielding enemy, which requires being stunned by Batman’s cape, is standing next to a normal enemy, you can’t really target which one to attack. You may want to hit the normal enemy, but the game will automatically choose an enemy for you. 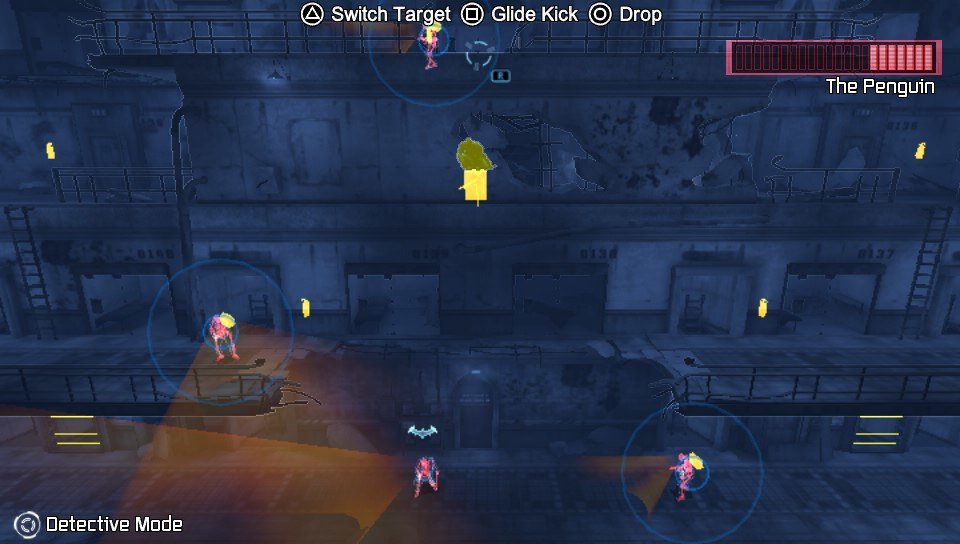 Boss fights won’t give you the sense of tension or excitement of going toe-to-toe with Batman’s deadliest enemies, as the fights often are more trial and error than anything. Most rely on quick time events or stealth, which is fine, but the execution of which it’s done fails to capture the excitement that the console games have brought to the table.

Although the combat is the worst the Arkham franchise has ever seen, Blackgate’s gameplay is largely focused on exploration and platforming. If you’ve played any Metroidvania-style game, the set up is fairly similar. You’re tasked to traverse through the map and gather new equipment to help you reach new areas. Puzzles won’t stump you, but they’re entertaining enough and bring a different dynamic that gives Blackgate a refreshing feel different from the other games in the series. 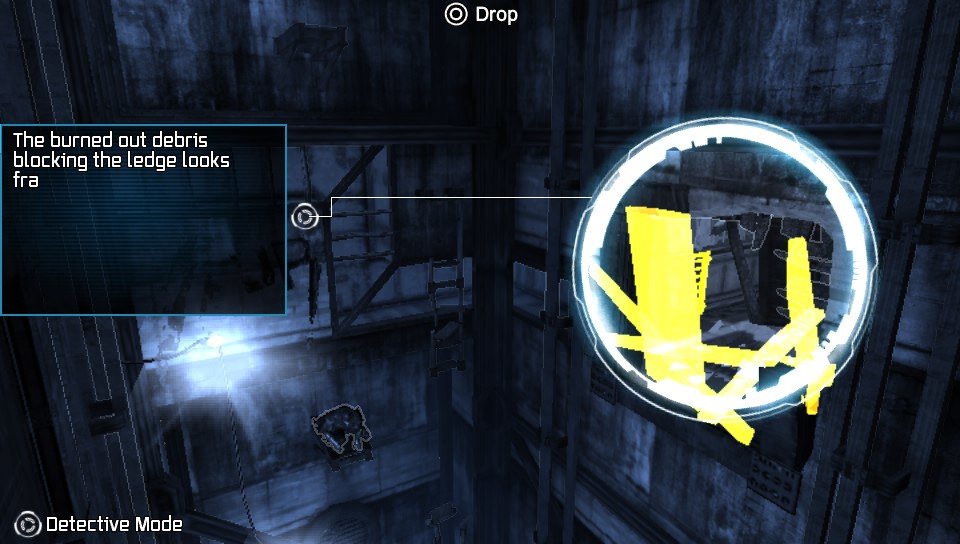 Detective vision makes its return on the handheld devices, but not in many interesting ways. You’ll need to swipe across the screen to scan for clues to put together mysteries, find upgrades, and scan environmental pieces to progress, the latter of which becomes tiresome fairly quick as half the time I spent running around Blackgate Prison, I felt like if I didn’t constantly swipe the screen, I would miss something I needed to interact with to continue the story.

Batman: Arkham Origins Blackgate is a welcome addition to the Arkham franchise. While it’s flawed in many ways, its fun exploration and puzzles outshine the lackluster visuals and poor combat. Those that are fans of Metroidvania-style adventure games will likely find Blackgate appealing, even though it isn’t as polished as other games of the same genre.

This review is based on a retail copy of the Playstation Vita and Nintendo 3DS game Batman: Arkham Origins Blackgate by Armature Studio, distributed by Warner Bros. Interactive Entertainment.