I love horror games! In retrospect, survival horror, action horror– or any horror themed game really, is probably my most preferred genre of choice when it comes to video games. I would probably trace the beginning of my love of horror in gaming as far back to the original haunted castle from Castlevania(NES), the zombie laden fields in Ghosts n’ Goblins(Arcade), or even the original METROID(NES) with its more somber, ambient, and isolated haunted space theme. 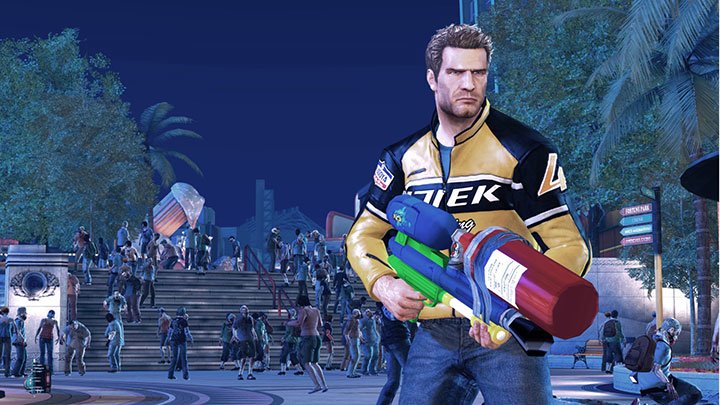 Some of my favorite moments from a selection of horror games over the years comes from the confining hallways of the haunted mansion from Resident Evil(PS1); to the opening village sequence of Resident Evil 4 (Gamecube)with its deadly mob of villagers; to the damp and dark streets of Yharnam in Bloodborne (PS4) with its pitchfork and torch wielding packs of hunters.  What interests me the most about these games is the survival and self-empowerment aspect of the experiences, so I tend to blur the line between horror genres, be it action, survival, adventure, etc. If I had to narrow down my specific interests even further, it’s a dreadful atmosphere coupled with a hostile and oppressive environment, creating an ongoing flow of tension and anxiety that brings me the ultimate sense of enjoyment from horror games– when done right at least.

With all of that said then, I actually felt a sense of remorse for having missed Dead Rising 2 and the rest of the games in the series altogether when they originally released on earlier consoles. After having spent about a week with the new Remastered collection of the games on PS4, specifically with the sequel DR2, I can honestly say that I absolutely love this game. I’m not a particular fan of ports that mainly add slight visual enhancements because they don’t really offer anything new in terms of gameplay if you’ve already played the game before. However, I’m pretty grateful that Capcom decided to re-release these games for this current generation for those of us who missed out the first time around. 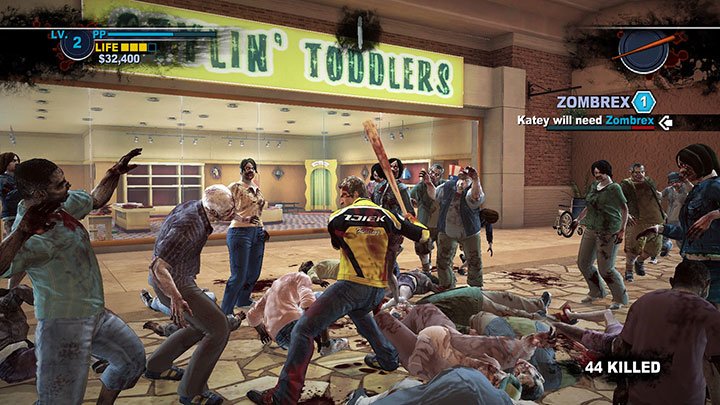 I can’t really speak on the Dead Rising 1 Remaster because I’m starting off with the sequel– Dead Rising 2. The more interesting thing about DR2 is that it seems to occupy a genre all on its own, structurally. In fact, I can’t really compare it to any specific game currently out today except other games within its own franchise. It surprisingly occupies a space somewhere in-between the old 90s survival games with their janky controls and combat, limited inventory spaces and emphasis on resource management, and the more modern open world games like Assassins Creed,  that allows you to take on side missions in any order and makes side-quests and mini-bosses optional. I have to stress here that I generally prefer the more serious toned horror games, regardless of how many ridiculous elements they might include. In sharp contrast to this, the more colorful, whimsical mall and casino environments of Dead Rising 2 allows for more freedom and experimentation than the more restrictive rules seen in other horror games. The game encourages you to run around in ridiculous outfits, be it hot tops and daisy duke shorts, ninja, football player, wear mascot helmets or practically any article of clothing sitting in any shop display while riding a tricycle, skateboard, or motorbike coupled with an emphasis on melee combat and open world sandbox exploration with time-limitations. This initially turned me away from wanting to try these games actually. The ‘fun’ and ‘silliness’ felt like it would kill any sense of tension and fear that’s created having to survive 3 days  through a casino/mall/hotel complex littered with throngs of undead.

I was mistaken. While Dead Rising 2 is largely silly, I found it offered a genuine old school difficulty challenge much in the same vain as games like Dark Souls or even Bloodborne. This is due in part to your character starting off extremely weak, with very low health, limited combat abilities, and way too small inventory space which you have to share with both health items and weapons. The slow movement speed of your character and the masses of zombie hordes obstructing the path between each mission objective by blanketing every open and narrow space through the interconnected casinos and park spaces in Las Vegas inspired ‘Fortune City’, makes it quite easy to get grappled and chomped on with the slightest misstep. I was so weak at the beginning that I found myself making bee-lines towards every objective on the map, hugging every wall, taking cover behind counters, comically running along benches and jumping through fountains trying to avoid being grappled. The suspense was real.

One of the more impressive and praiseworthy elements of the game is the amount of character clothes options and creative weapon customizations available throughout the game as well as the ability to pick up almost any random furniture object to use as a bludgeoning tool or projectile. The sheer number of zombies on the screen at any given time is also pretty remarkable. It feels like a Dynasty Warriors game at times. I didn’t experience any issues with framerate, or at least not noticeable enough to hinder progress or gameplay in any significant way.

Some of my favorite parts of the game are the characters and story. The story is set in a fictional Nevada casino town starring a motocross champ named Chuck Greene. Chuck is tasked with keeping his daughter alive until the military arrives to evacuate survivors from the zombie outbreak. He scavenges for medication throughout the zombie filled malls and casinos, while also acquiring new awesome weapon recipes to fight of the hordes. As in most RPGs, by grinding and using new weapons in combat increases character level and stats, which increase his overall health, inventory and speed. You’ll be returning to a home base after completing missions and escorting NPCs you encounter along the way, who are all unique and have interesting back stories. 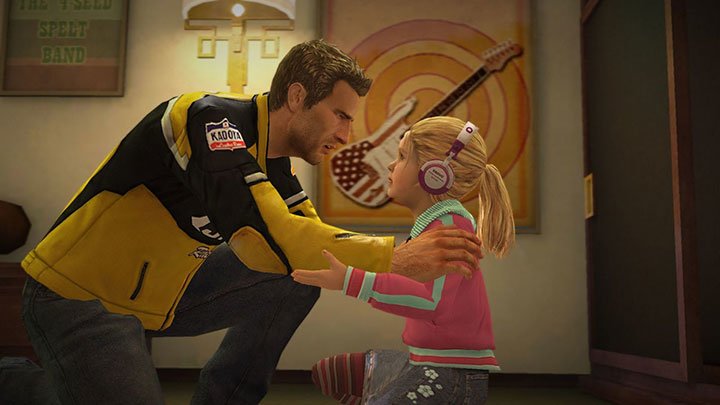 Dead Rising 2 is a strange hybrid game with both restrictive rules and open world exploration that ultimately work together to provide a challenging and rewarding gameplay experience. It features a 1080p resolution and 60FPS, and a co-op mode, but still feels like a port. It has a few outdated gameplay elements that could use refinements (repeated backtracking, minimal number of checkpoints, lack of custom map waypoints, poor combat) but also offers new ideas that are more in line with current games which makes it feel ahead of its time in a few ways (open world exploration, sandbox structure, customization). It essentially throws a lot of ideas into a giant melding pot with enough unique and quirky elements to stand alone and do what it does best in a genre onto itself—horror beat’em ups.

A Cure for a Decayed Genre | Dead Rising 2 Remastered Review
It essentially throws a lot of ideas into a giant melding pot, or casino/mall, with enough unique and quirky elements to stand alone and do what it does best in a genre onto itself—horror beat’em ups.
Overall Score7
Positives
Negatives
2016-09-30
7Overall Score
Reader Rating: (0 Votes)
0.0