Manipulating objects to overcome puzzles in platformers is something that I have done time and time again, manipulating the color of the background, however, is something new. This is the fresh and exciting new way that the developers at Fiddlesticks have used to make their game Hue stand out from the pack. Hue is an adorable puzzle platformer about a boy that goes on a journey to find his lost mother, using color and design in an excellent way allows Hue’s challenging puzzles to stick with me well after its completion. 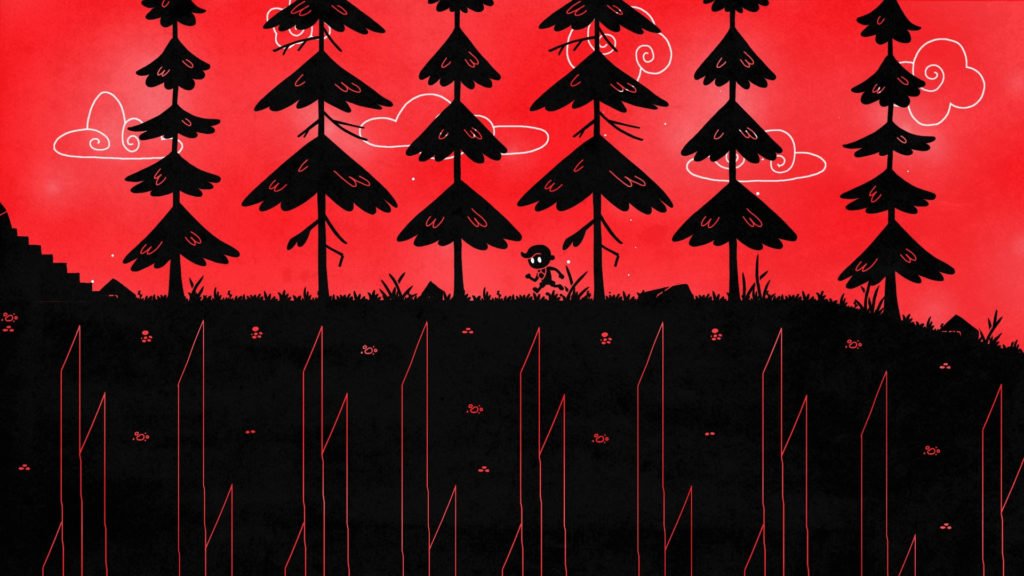 You play as the titular Hue as he sets out on a journey to find his missing Mother. Following in her footsteps you will slink through a world covered in gray. On your journey, you will discover segments of color that will allow Hue to breathe life and color back into this world. The story of Hue’s Mother is told through letters that are scattered throughout each of the areas of the map. Each of these letters is read to you through fantastic voice work and they really inject some life into the adventure that awaits.

Most of the puzzles throughout Hue are made up of different platforms that come in all the varied colors that you can discover. Changing the color of the background to the same color as the blocks or obstacles will make them disappear allowing you to move through them to get to the other side, push other blocks to a place that was previously occupied or get to areas that previously were unreachable. This mechanic is used intelligently throughout the short campaign, changing just enough and introducing new obstacles and dangers every so often to prevent the core mechanic from going stale and keep the game entertaining. As Hue discovers more and more colors, the number of puzzles also begin to increase. Making objects such as crates, balloons, lasers and moving platforms, appear and disappear is paramount for tackling some of the games more difficult puzzles. 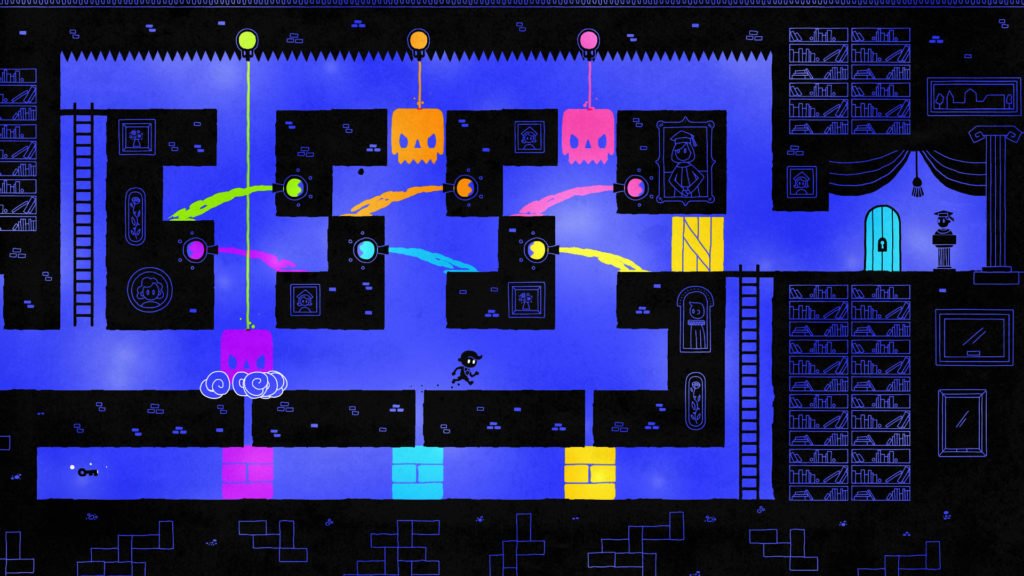 In conjunction with the many unique platforming puzzles, you will encounter there is also the danger of being crushed, falling into pits of spikes or even being zapped by deadly lasers. Quickly swapping between colors in the latter stages of the game as I vaulted between platforms was thrilling and integral in my survival. Despite there being no real penalty for failing a puzzle, with each death I would have to restart the whole puzzle again and especially with during some of the more elaborate puzzles, this would force me to be extra careful moving forward with the fear of having to do all my hard work over again.

Some of the puzzles throughout Hue genuinely stumped me, forcing me to take a minute or two away from the game and come back with fresh eyes in order to figure out what I was doing wrong.  All in all, the puzzles aren’t incredibly difficult which allows for the story to move along at a good pace and prevent you from getting bogged down. To give Hue a bit of extra life there are collectible potions hidden throughout each of the areas that you are able to collect, finding all of these will promote backtracking as new areas opened up the more colors that I unlocked. The entire game of Hue only clocking in at around 3-4 hours it can easily be knocked over in a sitting or two, this definitely left me wanting more at the end. 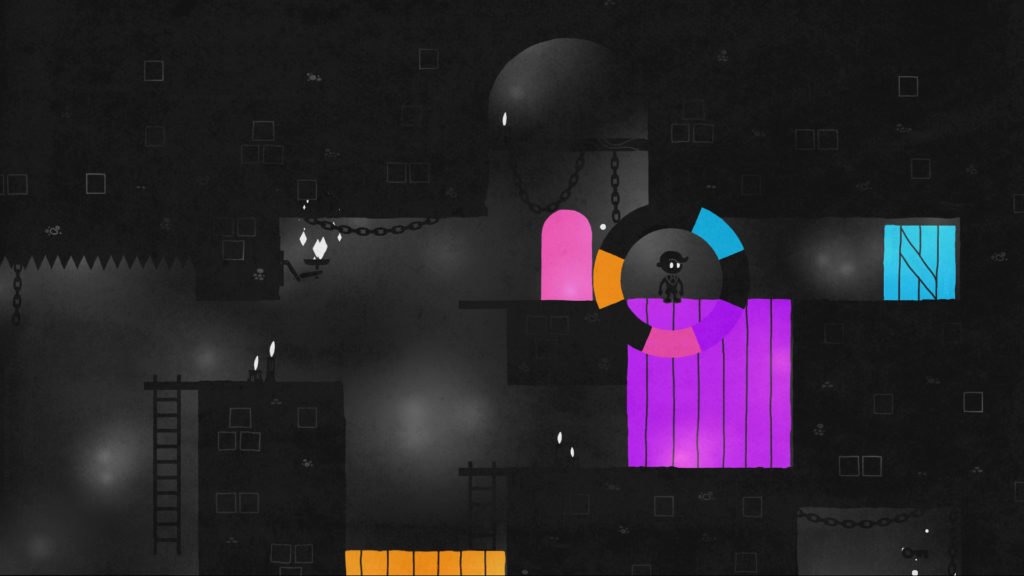 As a game that works so intricately with colors, the developer discovered that some people were having trouble telling the colors apart so they devised a simple solution and have even gone far enough to have a mode for the colorblind. Adding symbols to each of the colors makes it easier to match up the right colors, allowing players to easily distinguish between some of the similar colors, which can be extremely important especially during the frantic time-based puzzles. This added mode emphasizes the passion and commitment that went into the development.

Hue is a delightful puzzle platformer that works with colors in an interesting and unique way. Although some puzzles were tough, there was nothing difficult enough to frustrate or annoy. Weaving a touching narrative throughout the short campaign, Hue was a great experience that left me wanting more although made me think differently about the way we see colors and the way we see the world.

This review is based on a review code of the PlayStation 4 version of Hue developed by Fiddlesticks and published by Curve Digital.