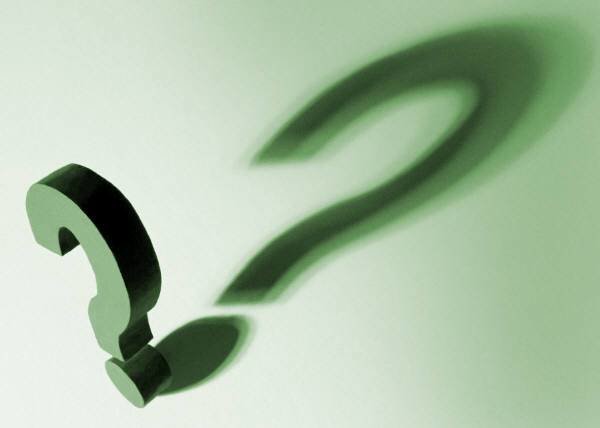 As a gamer there are a lot of things to love. Amongst them including epic boss battles, awesome weapons, , exploiting a defense to take a lead, flawless victories and driving expensive cars that some of us will never win in real life. However with the good, there’s always the necessary evils that become a hindrance to us such as, but not limited to bad games, bugs, glitches, and a bad story. So I asked myself a deeper question about the bad things…then 5 questions. I hope someone has answers.

Top 5 Questions I Have About Gaming

5) Is First Person View supposed to be MORE immersive? I don’t have any problems with games in first person view, but I don’t play them exclusively. I don’t have the normal peripheral vision I see in real life, because the first person view in most driving games is just out everything in front of you, when in real life, I notice things out of the corner of my eye out of the passenger’s side window. Also, why bother giving a character a certain look and back story if you’re going to only show them in cutscenes or hear the character’s voice in gameplay? Why not just keep the whole thing first person, then we can feel like we’re standing with our battalion, or standing in front of the giant monster on the screen even if we’re sitting on our butts waiting for the scene to end. At least with the online shooters I’m not really playing a character you created, I’m playing as a character I created…using the tools made available through the developer.

4) Why do sports franchise games cost $60? This isn’t on the list because developers can make a cheaper game and update the roster every year, because the rookies coming in wouldn’t have a way to get in the game to have their proper animations, face and body scanned into the game, at least I don’t know of a way to do that every year. Yes, developers seem to add a little bit to the game every year, rather than adding something else that adds a whole new level of gameplay to it every year. Don’t get me wrong if you haven’t played a franchise in three, four, even five years you’re going to notice a big difference. It’s when you play every year and the developer says this one has a new defensive scheme, or this one allows you to set up your own blocking for your running back. And then they have the nerve to charge $60 at launch but then drop the price severely when next year’s model comes out…Now if you excuse me I’m going to wait patiently for my next installment of the WWE series.

3) Why do games like Call of Duty or Battlefield even have a single player campaign? Seriously, how many people do you know played C.O.D. or any of those First Person Shooters while their internet is down for any reason? Maybe it’s not fair to say ALL the people still playing your game in the six months to a year after your now annual installment of the series don’t JUST play online…At first. Think about it though, that six months to the year after launch is when everyone’s playing online. Do you just try to work the online capabilities of your franchise to milk the longevity of the game because your story isn’t really worth revisiting? Then again, maybe I put some real effort into these games single player campaigns before I talk.

1) Are you really a bigot? Everyone using the Swastika as an icon has to be honest with everyone, you aren’t using this because it’s a symbol for peace, you’re using this because you’re a racist. You’re most likely not Indian and you’re just obviously trying to get a rise out of someone so you can try to make them sound like they’re the ones that are uneducated idiots, then end the same sentence by calling someone a “f****t”. Try bigger words that don’t slam entire races, creeds, genders, or sexual preferences you hypocritical, parasitic, gelatinous, pestilent tapeworm. There’s a safety of being online where you don’t have to worry about offending everyone when you’re aiming for one person, and yet you refuse to let your gaming skills do the talking because the lack of said skills will always give that person bragging rights…and you’d hate that more than being called out on sleeping with someone of the same sex behind closed doors wouldn’t you?