Plenty of controversy has surrounded the release of Metal Gear Solid V: Ground Zeroes, as well as more than a little confusion. Is it simply nothing more than a glorified demo/prelude for the real main course of the MGSV experience, The Phantom Pain? Whilst it has been released at a cut price, is it still really worth a purchase to anyone other than the most die-hard of MGS fans? That depends on how much you’re willing to squeeze from the experience.

In the extensive timeline of MGS lore, GZ, and by extension The Phantom Pain, slots in just after the events of Peace Walker, the excellent PSP title. Snake (AKA Big Boss) and his comrade Kaz Miller have been cultivating and expanding Militaires San Frontieres, their army without a nation; a mercenary’s paradise. As they prepare to hide Metal Gear Zeke (their nuclear-equipped bipedal tank built during the events of Peace Walker) from the UN ahead of an impending inspection, they hear that Paz Ortega, an enigmatic double agent presumed dead, is in fact alive and being held on a base in Cuba. Chico, an MSF member who is rather fond of Paz, attempts to free her only to get captured himself. Worried that this could lead to sensitive information being leaked, Snake heads out to Cuba to rescue Paz and Chico and to learn more about the shady group that has them detained. The narrative is typical MGS stuff: a convoluted mish-mash of real-world politics and extraordinary characters and events. Whether you enjoy it or not depends entirely on your opinion of the MGS series as a whole, as this is one aspect in which GZ doesn’t break from the norms of the franchise. It can be easy to allow things to glide straight over your head, but put the effort in and you’ll find the narrative gripping and entertaining, while it lasts.

When it comes to presentation, MGS has never looked or sounded better. The cinematics look impeccable, with remarkably detailed character models and smooth animation, and they transition seamlessly back into gameplay. Being set entirely on a Cuban base doesn’t exactly allow for a great deal of variety in the setting, but what is here looks gorgeous, and the contrast between the rainy and dark night in which the main mission takes place compared to the sunshine-laden daytime setting for the side missions is impressive. The soundtrack is as evocative and epic as ever, which should come as no surprise to series veterans given that Harry Gregson-Williams returns to produce the score. 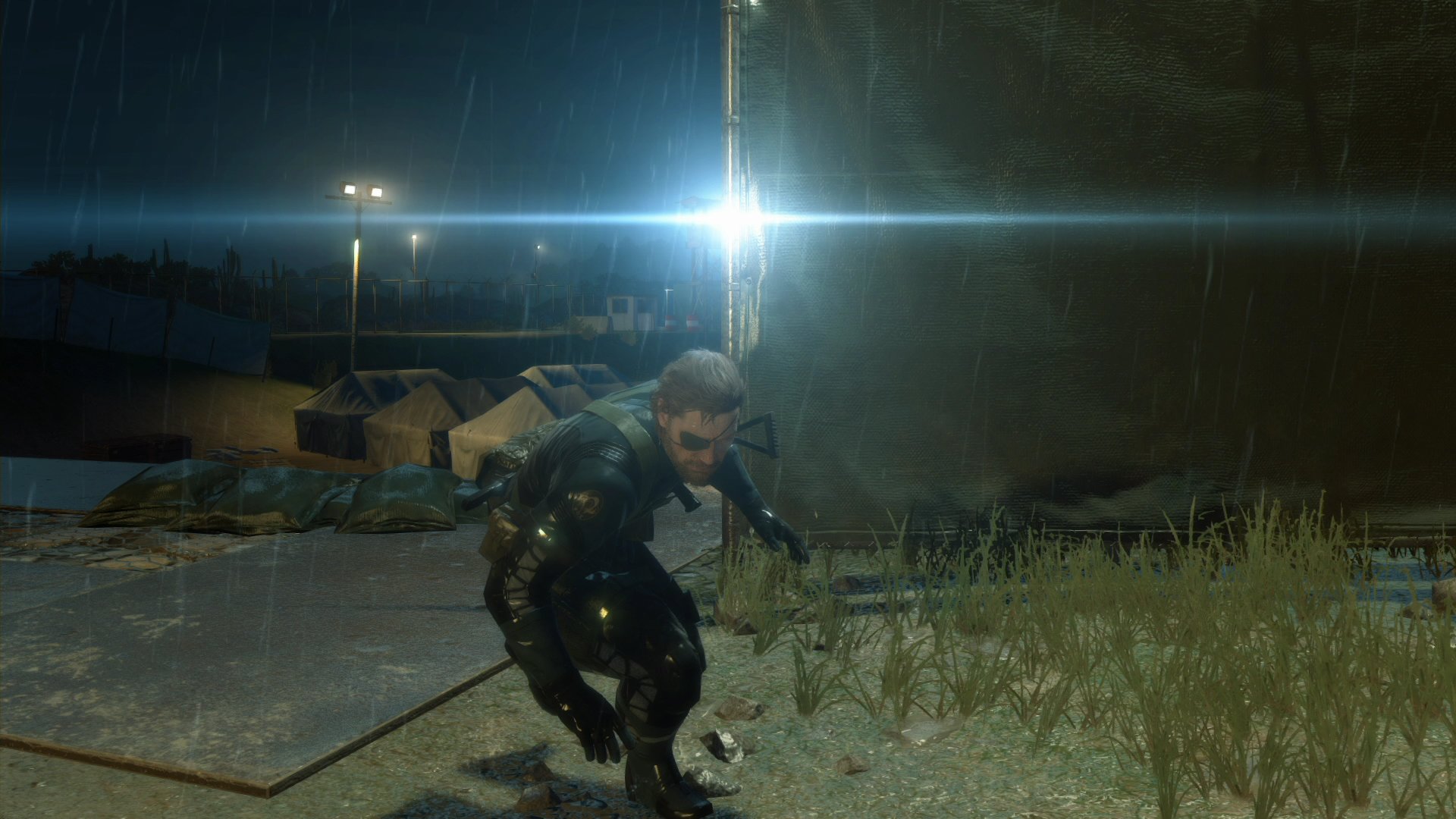 The voice acting is also top-notch. Although much has been made of the decision to replace David Hayter, the man who has lent his impossibly gravel-laced vocal chords to Snake ever since the PS1 original, with Hollywood A-lister Kiefer Sutherland. And after playing GZ, the jury is still out on whether this has been a wise choice or not. There just simply isn’t enough content in this game to allow a definitive conclusion to be reached.

Devoted MGS fans may struggle to adapt to a world without Hayter, but the shift in vocal talent is indicative of Kojima’s clear intentions to bring about a change in the series as a whole. Chief amongst these alterations is the fact that GZ is a far less linear experience than previous instalments. From the outset you’re dumped in a corner of the enemy base and tasked with making it to a certain point on the map. How you get there and what you do along the way is entirely up to you. There is no set path to follow, and no set approach to how you complete your objectives. The game still leans towards the series’ reputation for stealth, but for the first time the controls are now solid enough to make going in all-guns-blazing a viable option. In fact the controls in general have seen notable improvements over previous entries in the series, with CQC in particular feeling much more user-friendly, and more fun to use as a result.

The most fun is still found in sneaking around without a soul realising you’re there though. Enemies can be killed, knocked unconscious, left alone entirely, or interrogated for information relating to the main mission or details on guard patrols and weapon caches. For the first time, Snake can even take to the wheel of various vehicles to get around the base, but that choice is left entirely up to the player. Never is GZ’s new approach demonstrated better than when Snake is trying to locate Paz. Armed with just a tape recording of her being moved to a new location on the base, the player has to listen intently to the audible clues (a flag fluttering, or a helicopter passing by, for example) to pinpoint her location on the map. The game does a fantastic job of not holding your hand at this point, and leaves you to piece the clues together for yourself, resulting in a real feeling of satisfaction when you do finally find what you’re looking for.

Now then, onto the elephant in the room: GZ’s length. Yes, the game can be finished in less than 20 minutes, but there is quite a bit of content to explore beyond the main mission should you choose to. I’m not the speediest of gamers, and my first playthrough clocked in at roughly two and a half hours, at which point I returned to the main menu to see an overall completion rating of 9%. During the main quest there are XOF patches and cassette tapes to collect, and after one playthrough a series of side ops are unlocked, although these feature disappointingly bland objectives and are set on the same base as the main mission. You will also be rated after every mission, and their open nature encourages replayability. But all of this extra content has the unfortunate stench of filler, wheeled out to justify the purchase of a slimline main game. I may have only experienced 9% of what GZ had to offer once I saw the credits for the first time, but the other 91% didn’t really help to justify the game’s price tag. 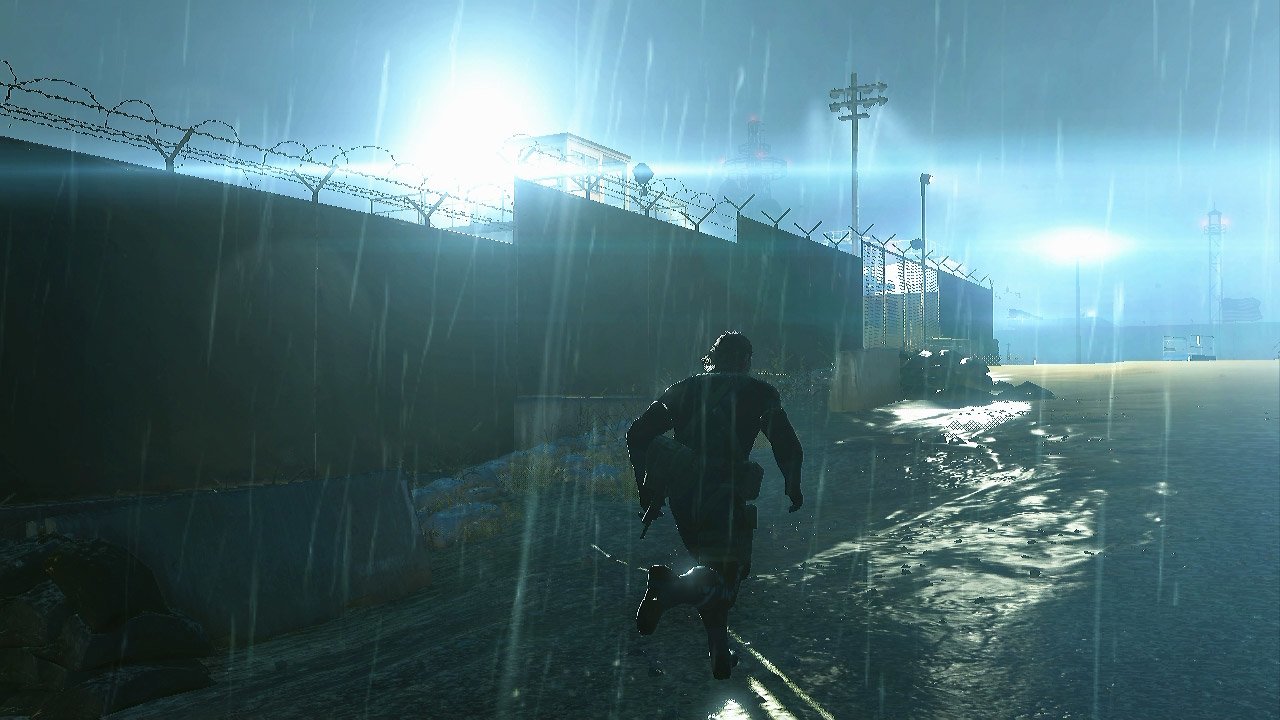 And so we arrive at the one question this review aims to answer: should you buy Metal Gear Solid V: Ground Zeroes? To devoted MGS fans such as myself, it probably is worth it to see an exciting glimpse of the future for the series, as well as the tantalising way in which GZ’s conclusion sets up The Phantom Pain. But for those who don’t know their Otacons from their Outer Heavens, or gamers with a shiny new PS4 or Xbox One wanting a AAA blockbuster to sink their time into (or indeed, those PS3 and 360 owners looking for something new), this most definitely isn’t worth the price of admission. The main mission is fun, but most players won’t have the motivation to stick with the game beyond the credits, meaning that they will be left severely short-changed. Having said that, GZ is the very definition of a game that is worth a rent, if only to zip through the main mission before handing it back. And as for those counting down the days until Snake finally crawls back into our lives for more than a fleeting moment in The Phantom Pain, it seems for now we’ll have to make do with The Phantom Game…

This review is based upon a retail copy of Metal Gear Solid V: Ground Zeroes for PS4 developed by Kojima Productions and published by Konami.