It’s officially time to mark your calendars Uncharted fans, because Uncharted 4: A Thief’s End will officially be released March 18th, 2016. The announcement came over the Playstation Blog along with the announcement of a couple special editions of the game and some pre order bonuses. 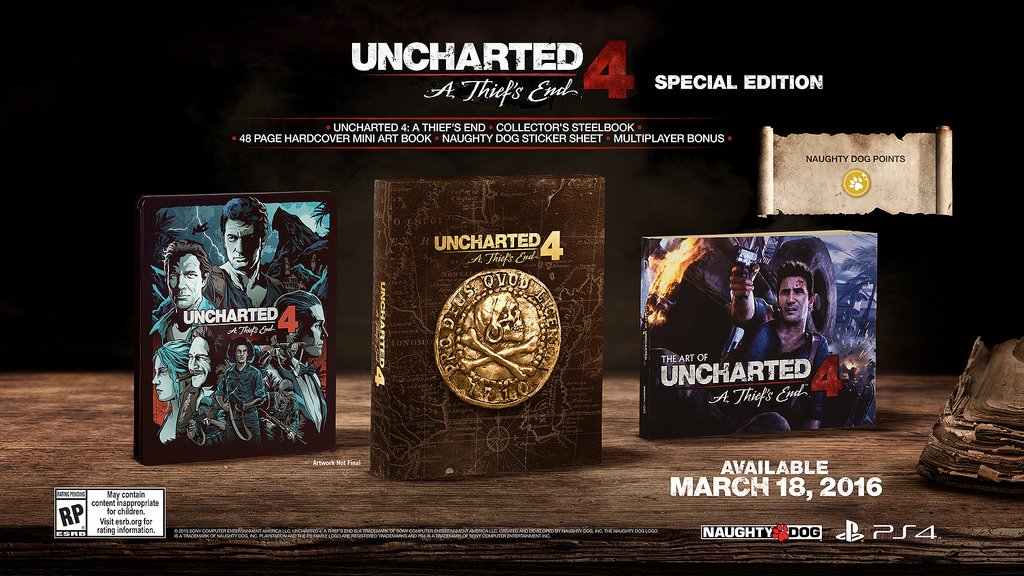 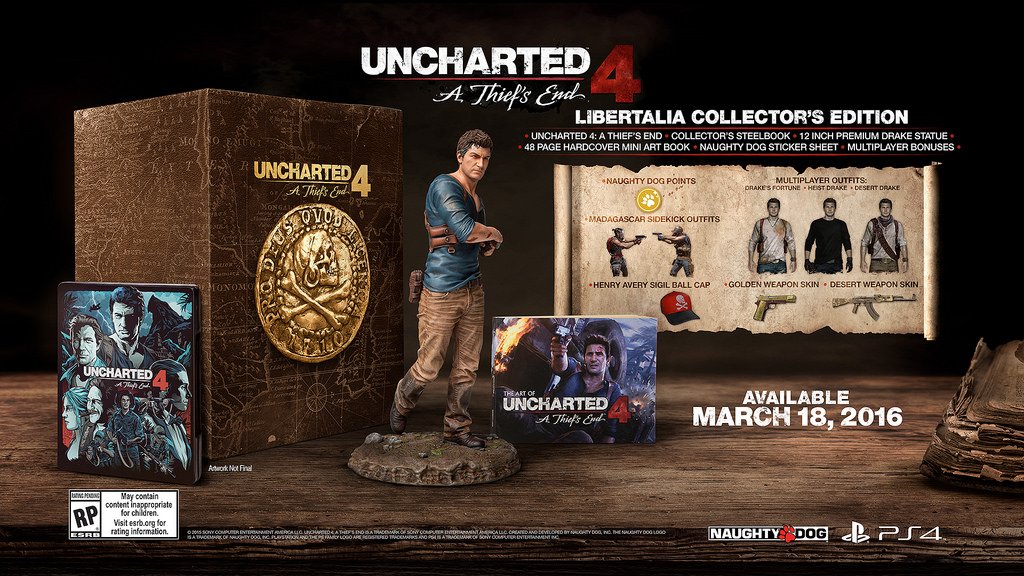 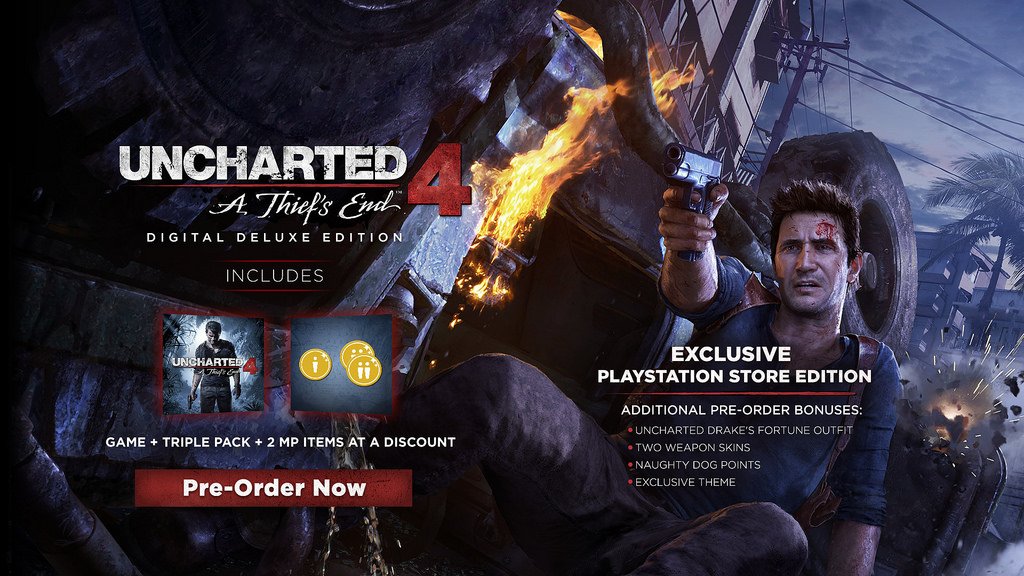 Those that do decide to get a physical copy of the game can order from GameStop to receive the Multiplayer Booster Pack to instantly unlock a variety of one-time use multiplayer boosts, and The Phurba Dagger Taunt based on the iconic symbol from Uncharted 2: Among Thieves. If you pre-order at Amazon you receive the Snow Camo weapon customization and the Desert Drake outfit multiplayer customization. Pre-ordering via PlayStation Store will get you the Uncharted 4: A Thief’s End Dynamic Theme and the Desert Weapon customization.

Does this have you excited for Uncharted 4? Which version of the game are you going to get? Let us know in the comments below and for all things gaming, stay right here to New Gamer Nation.