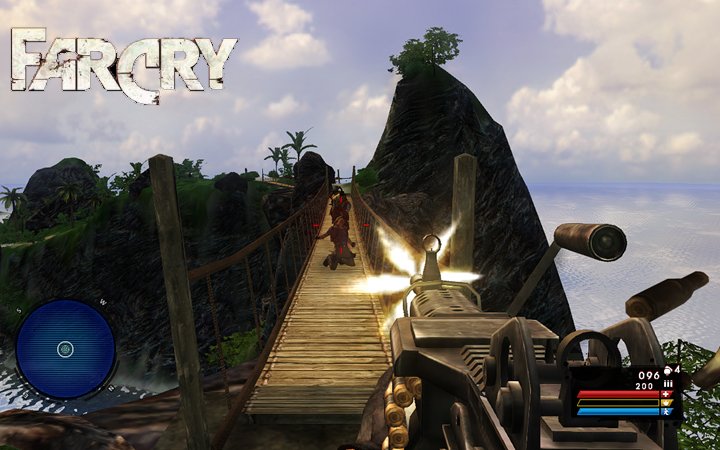 In celebration of the Far Cry series turning 10 years old, Ubisoft has just announced that they will be releasing the Far Cry Compilation which is comprised of Far Cry 2, Far Cry 3, and Far Cry 3: Blood Dragon. Each game included in the compilation offers a unique storyline and setting which showcase the series FPS gameplay and beauty that the open world has to offer.

Far Cry 2 – Caught between two rival factions in war-torn Africa, you are stricken with malaria and forced to make deals with corrupt warlords on both sides of the conflict in order to hunt down your mark – The Jackal.  This version includes the full single-player campaign and Multiplayer.  This is a full digital re-master of the original game with all previous patches included.

Far Cry 3 – Beyond the reach of civilization lies a lawless island ruled by violence and human suffering.  This is where you find yourself stranded, caught in a bloody conflict between psychotic warlords and indigenous rebels, where your only escape is through drugs or the muzzle of a gun.  Includes the full single-player campaign, Multiplayer, and Co-op modes.

Far Cry 3: Blood Dragon – The year is 2007.  It is the future.  You are Sergeant Rex Colt: Mark IV Cyber Commando.  Earth has been ravaged by a nuclear war, which erupted in the 90s.  Get the girl, kill the bad guys and save the world.  Includes the full single-player campaign.

The good news is that this will be hitting shelves next month. The bad news on the other hand is that (at least at this time) Ubisoft has only announced it for the Playstation 3 console. Look for the Far Cry Compilation to hit the PS3 on February 11, 2014 for $39.99