Once the credits rolled on the first episode of The Walking Dead: Michonne, the only moments I really remembered were Michonne’s. Nothing else really stood out and crept into my brain, except for various questions that I didn’t know the answers to about everyone not named Michonne. The title of this series advertises exactly what you’ll remember from this game: Michonne – and that’s about it. Unfortunately, almost everything outside of Michonne (the character) is ultimately forgettable. Luckily, everything about Michonne makes the episode worth playing. 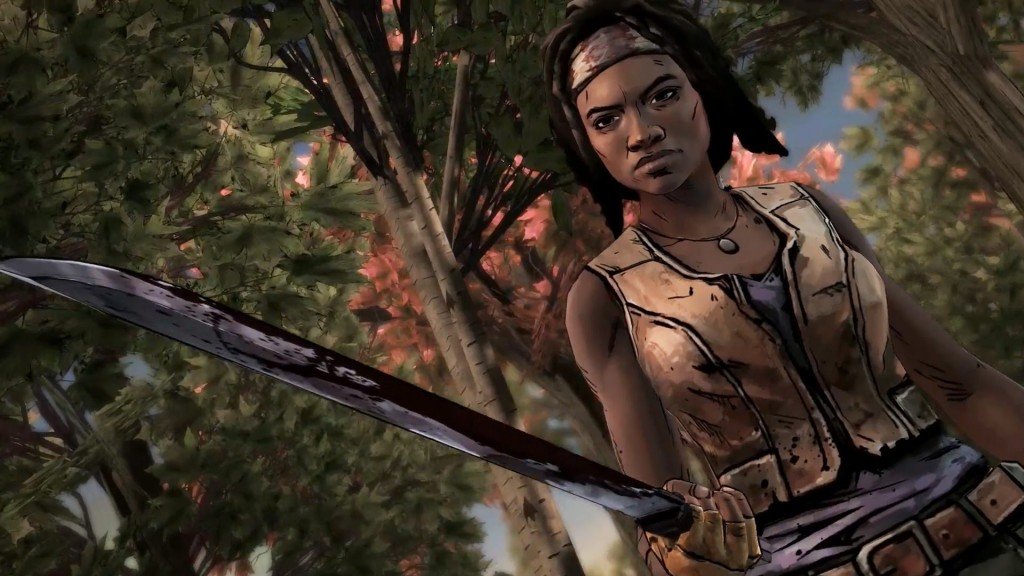 In Too Deep starts with one of the best-choreographed scenes that blend a flashback with the current action. As Michonne, I felt like a badass. Action scenes in this first episode really impress, and the action has been some of the smoothest I’ve seen so far in a Telltale episode. Carving through walkers with Michonne’s machete is a blast, especially with new multi-button prompts which allow you to slice through several enemies in fast succession. There’s even a new presentation element where the screen will transform to a tighter widescreen when combat is initiated. It’s a nice visual queue to let players know when to focus and prepare for button prompts and conversely convenient to know when you can focus on conversations and exploration.

Almost every Telltale series has seen some sort of performance issue, especially during heavy action scenes, but, and oh, man, am I happy to say this: I had zero performance issues when playing on PlayStation 4. It was the most seamless Telltale experience I’ve ever had, and I really hope that this is a sign of a new era where low framerates and inexcusable performance issues are a tale of the past. Not only does the game perform great – it’s one of the best looking Telltale Games yet. Character models seem crisper, and more intricate animations help add minute reactions that make every scene more engaging.

With The Walking Dead: Michonne only having three episodes, I’m already worried that characters will be underdeveloped and this series will lose its emotional effectiveness. In Too Deep introduces the crew that Michonne is sailing with, then Michonne and the ship’s captain, Pete, leave to get supplies and we don’t see these characters for the rest of the episode. After following Michonne and Pete through a walker-infested ferry, they encounter another group of characters that brings new problems, and the plot for the rest of the series begins to take shape. These new characters barely get much screen time and we hardly get to know them, but the game tries to make the player care about these new characters by injecting Michonne in the middle of their conflict. But when the big decision at the end of the episode comes up, it feels a little limp, and instead of being engaged, I didn’t care about the consequences of what I chose. 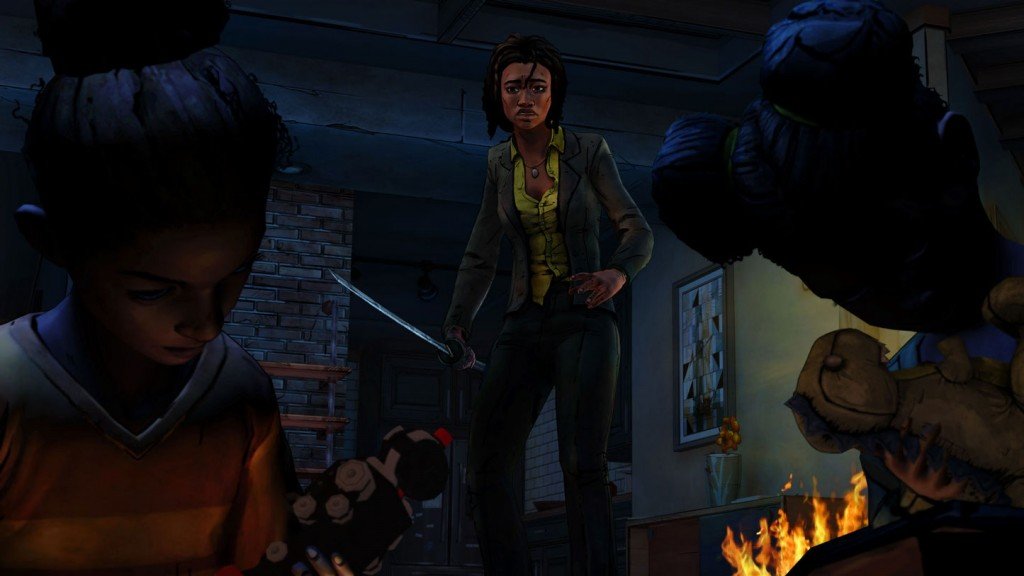 That isn’t to say that In Too Deep doesn’t have great story elements. The main antagonist (?), Norma, seems like she’s going to be a diverse and human character, as opposed to her stereotypical, brutish brother, Randall. Their dynamic has an interesting set-up, and it’s the most promising storyline that’s birthed from this first episode outside of Michonne’s personal struggle. Not to mention that flashbacks to Michonne’s past are haunting and provide a vulnerable side that’s not normally brought out in front of others.

Being the fan favorite Michonne is just as cool as I hoped, but whether her supporting cast can be as engaging remains to be seen. Michonne’s personal demons are presented in incredible – if not creepy – ways, and her story alone makes this return to The Walking Dead universe worth it.