At Sony’s E3 Conference, Ready at Dawn and SCEA announced that The Order : 1886 is coming out on February 20, 2015. In addition to the release date, the collectors editions for each region were detailed giving you a look at what you can save up for.

The European Collector’s Edition comes in a special black casing and contains a replica pendant, exclusive digital content Knight’s Arsenal, woven coat of arms patches, concept art postcards, the official soundtrack and behind-the-scenes footage of the making of the game. 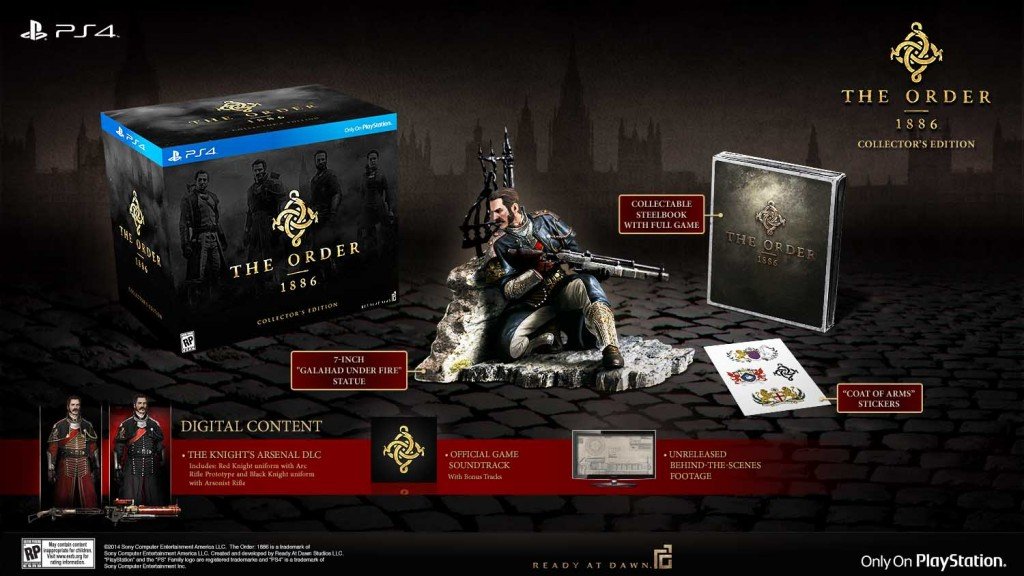 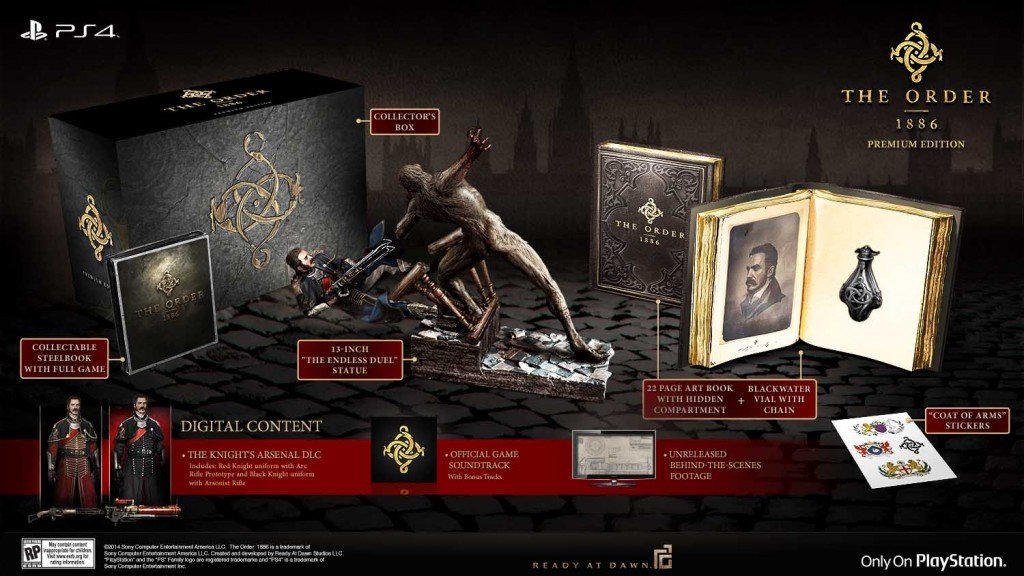